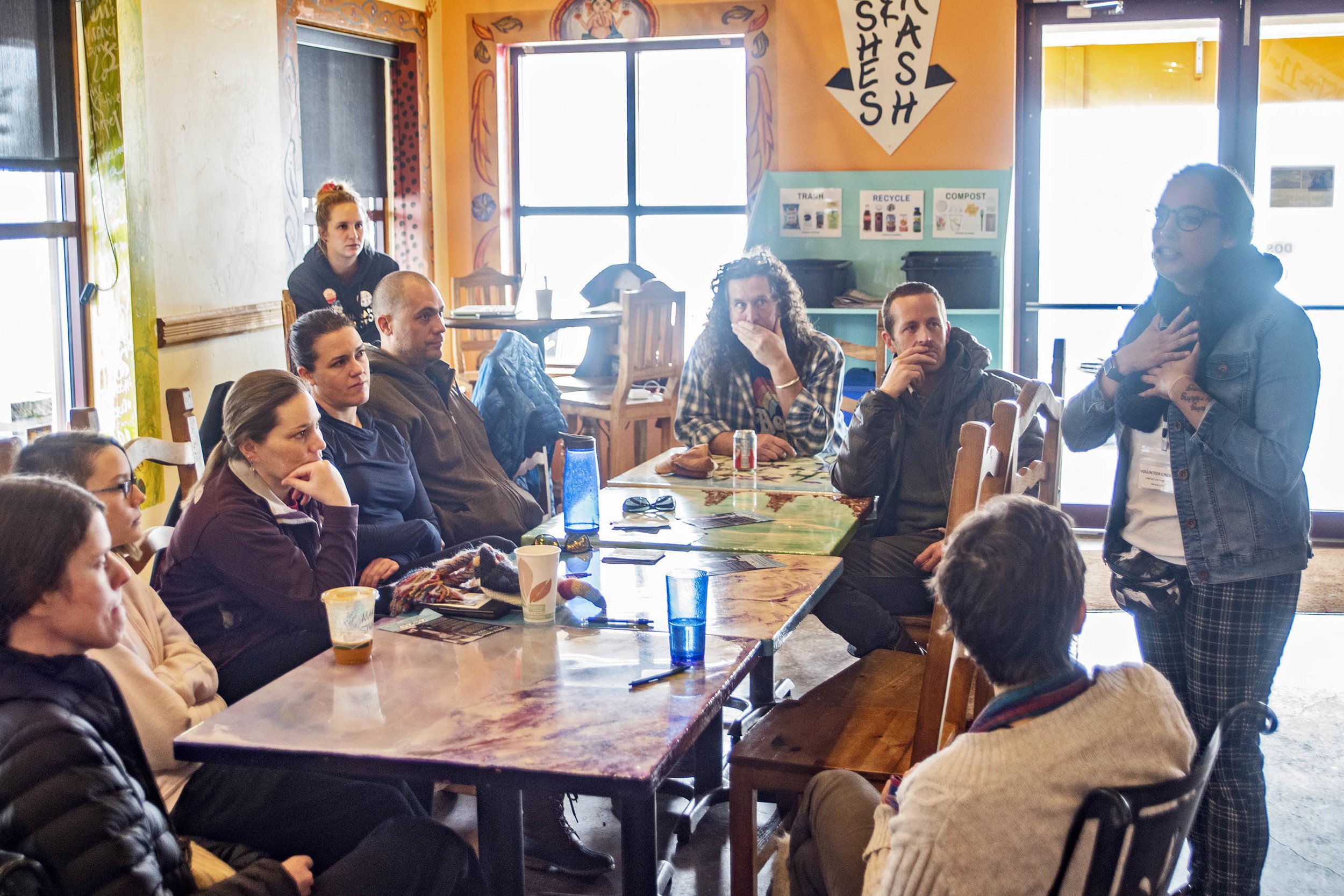 She certainly stands out among the Democrats looking to unseat Senator Cory Gardner. A seventh-generation Coloradan on one side and a first-generation American on the other, her background is in community organizing and she and her wife Jaimi have been married for seven years.

But she’s not content to coast on demographics. She visited Dos Gringos Burritos on Feb. 9 to meet with potential constituents and circulate the petition to confirm her place on the ballot. That means 1,500 signatures from each senate district, but while other candidates opt for caucuses, she prefers the direct approach.

“If we really want to put people at the center of this campaign, then we need to show support from the people,” she said. “We don’t just go around giving stump speeches. We engage with folks at the personal level and answer every question that’s asked.”

Indeed, she greeted every attendee personally, asking questions rather than pontificating. Then, when everyone was settled, she layed out her policies.

The first thing she’d do if elected is grow the number of Supreme Court judges. Then, she’d offer her expertise in evaluating candidates for the court, cabinet and other appointed roles.

“We need to elect a fighter, not a politician,” she told the crowd. “I fear that we will see Trump win again … If we can flip the Senate, we can turn back all of his dangerous executive orders and ensure that the people that he nominates to lead our state agencies are actually qualified to do so.”

Despite her rhetoric against the Republicans in Washington, she expressed an intention to represent every single person in Colorado.

“Even if we disagree, at least we will have had a conversation,” she said. “Oil and gas is poisoning our earth, but the oil and gas workforce is trying to make a living. If we embrace them and rely on their expertise, we have buy-in and not pushback.”

She cited her opposition to hydraulic fracking as one of the main distinctions between her and former governor John Hickenlooper. As for Andrew Romanoff, she urged folks to look into his past approach to immigration.

“If you care about dignity for all people, I am your candidate,” she said. “We have an opportunity — no, an obligation — to be brave and courageous and vote our values … It’s going to take every single one of this to win this race and restore the pride that we might have once had in our federal government.”