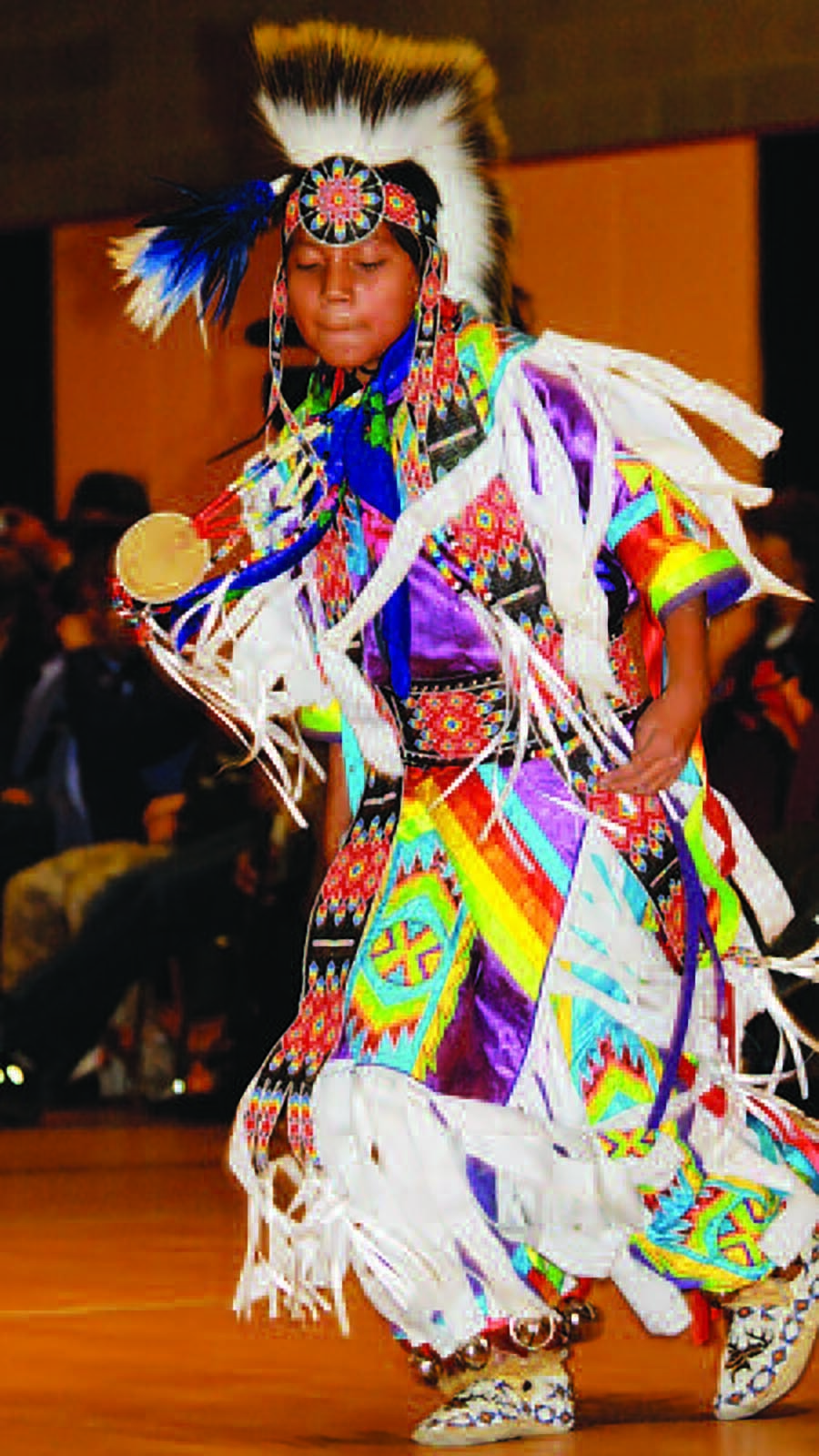 In the midst of blizzard conditions Feb. 9, I stood huddled by a warm fire on Ute land next to the remnants of the day’s Lakota ceremony listening to a traditional Aztec song. We were there to honor and celebrate February’s full moon — called the Snow Moon, the Hunger Moon, or the Baby Bear Moon, depending on who is addressing it.

While this ceremony may sound like a random assortment of Indigenous practices and terminology, the Roaring Fork Valley Circle invites such diversity in its practices. The Circle gathers monthly to hold full moon and Lakota Inipi, or sweat lodge, ceremonies. Their tributes to various Indigenous tribes are modeled after the event that brought the Circle into being: the XI Native Gathering of the Americas.

Eighty Indigenous delegates from tribes spanning from Alaska to Peru were present at that Gathering in Carbondale in December 2009, which was “huge as far as making known the connectedness of Indigenous peoples” according to Rita Marsh, who played a critical role in coordinating the event.

International attendees agreed to hold full moon ceremonies monthly in their respective home communities after the closing of the Gathering as both an act of synchronization and to “hold the energy of the coming together of the eagle and the condor,” said Marsh.

The story of the eagle and the condor appears in various adaptations in Indigenous communities throughout the Americas. The eagle represents the north, knowledge, and masculine energy while the condor represents the south and female energy closely connected to earth. The two were separated during colonialization of the Americas, but are prophesied to reunite during a reunion of the whole human race, which will allow opportunity for healing of ancestral wounds.

Marsh’s involvement in both the Gathering and the Circle stems from her desire to be informed by and to have a deeper appreciation of nature. While descendants of settlers will never have a “genetic relationship with the earth,” as Indigenous folks do, Marsh tries to facilitate one through her participation in ceremony and through the relationships she’s formed over time with Indigenous elders throughout the Valley and beyond.

She became increasingly interested in the Native culture of the Valley when she moved here in 1965. Her interest also led Marsh to reckon with the history of her childhood home in Ontario, Canada. Her paternal family emigrated from Ireland to Ontario in the mid-nineteenth century, Marsh explained, and received a land grant of 100 acres at no cost beyond the responsibility to settle and farm it.

“I’ve always felt that the land wasn’t really ours,” Marsh said, but she thought her family should consider themselves “caretakers of the land, just as the Native people were previously.”

From Ontario to Carbondale and throughout the Americas, this is a widespread history resulting from the mid-fifteenth century concept of international law known as the doctrine of discovery, in which European entities could take control of non-Christian lands.

Echoes of this unapologetic colonialism are visible throughout our culture today. A glaring example happens annually on the second Monday of October. As of 2019, what is federally recognized as Columbus Day is now recognized as Indigenous Peoples’ Day in Carbondale: an effort spearheaded by the Roaring Fork Valley Circle.

The Circle was also behind the renaming of Bull Pasture Park to Nuche Park in 2014. “Ute” was the name the Spaniards assigned to the Indigenous people of this area, but “Nuche” is the word the tribe uses to refer to themselves, which translates in English to “the people.”

The Circle hopes to raise funds this year to create a standing dedication to the Nuche at the park, Marsh told me. They also hope to build a better access path to their summertime full moon ceremony location there.

This practice of territory acknowledgment is becoming a more common one in American culture. It serves as a way to “insert an awareness of Indigenous presence and land rights in everyday life,” according to Native Land Digital, a Canadian nonprofit that has created an online interactive world map of pre-colonial Indigenous lands.

One reason the Gathering of the Americas was brought to Carbondale in 2009 is because it sits at the foot of Mt. Sopris, recognized as many to have spiritual or mystical appeal.

While Valley residents and visitors gaze upon the mountain, they should recognize that it was named for a European settler. Indigenous people have historically referred to it as what translates to “Old Ancient Mountain Heart Sits There.”

At the base of the mountain and around the fire on Sunday, Circle members and I began our full moon ceremony by calling in the seven directions: North, East, South, West, Father Sky, Mother Earth, and All Within.

If you’d like to hear more about the Circle or about Indigenous news, find Roaring Fork Valley Circle on Facebook.

This article was written on Núu-agha-tuvu-pu/Nuche/Ute land.