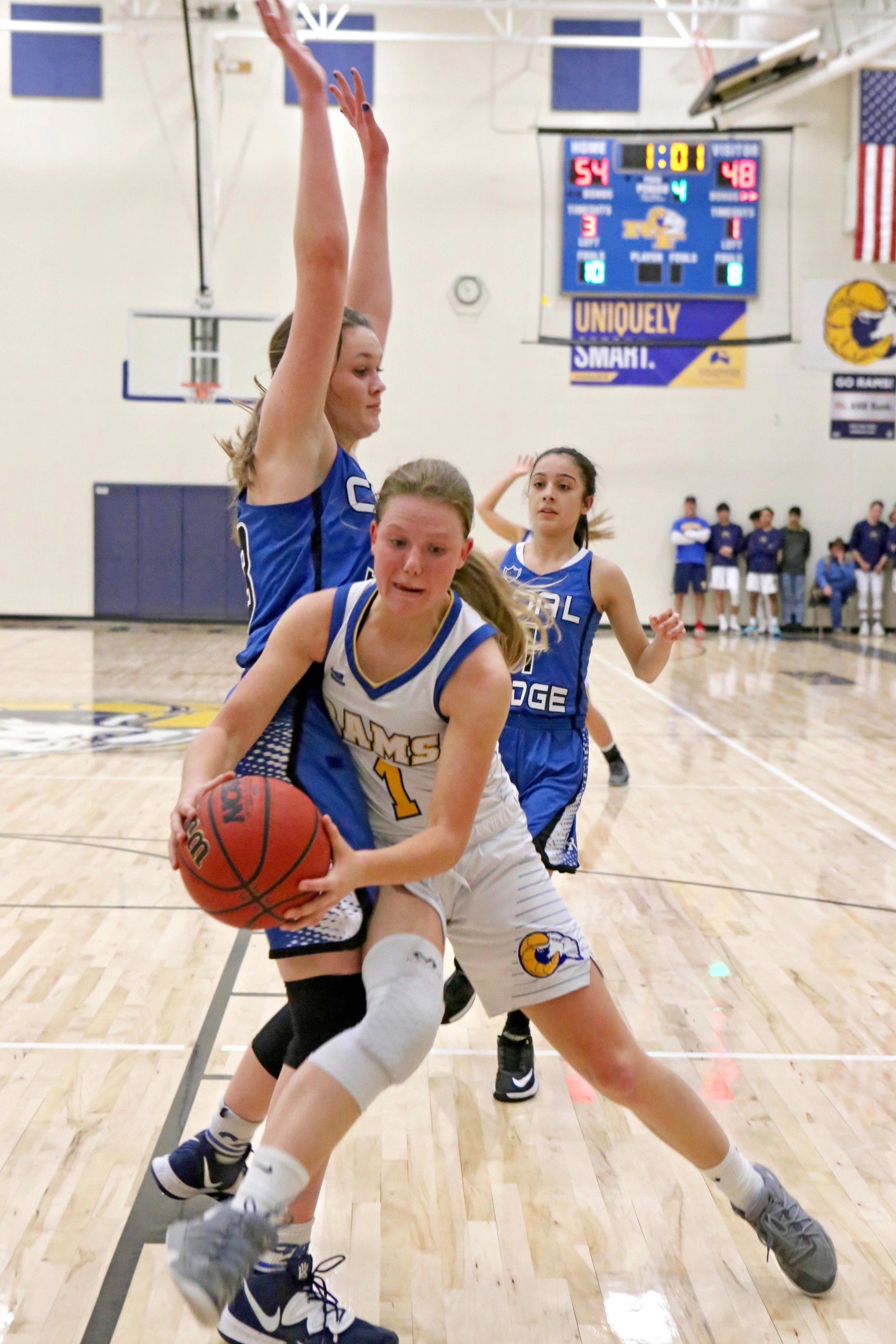 With just one game left in the girls and boys RFHS basketball regular seasons, both teams are looking to the future.

The girls soared to a 61-50 win over Coal Ridge, with Maya Lindgren knocking down 35 points in the game, including five three-point buckets. Lindgren will return to the Rams next year. They have now secured participation in the post season.

The girls are poised to end with a 13-6 record overall if they beat the 13-5 Grand Valley Cardinals at the season’s final game. The boys, although it’s been a tough season now at 5-12 overall, can point to a 4-4 record in the 3A Western Slope League standings and have won four out of their last six games. The upcoming final boys regular season game will also be against the 11-7 Cardinals, who are 5-3 in league play.

The boys, although they just lost to Coal Ridge by 20 plus points (48-27 final), are hoping to win the final away game against the  Grand Valley Cardinals.

The Sun spoke with RFHS Athletic Director Marty Nieslanik who commented after the Feb. 15 dual wins against Moffat County.

“These were huge wins. And the boys are on a roll by beating opponents in the last four out of five games,” he noted. “After not getting home ’til midnight following the away games won in Cedaredge, the teams both played outstanding basketball.”

The girls’ standing speaks for itself with a 5-2 league record and an overall 11 wins and six losses this season. Then nail -biting drama against Moffat County.

The Bulldogs had the Rams coming back from not leading at all until they broke the 43-43 tie and never looked back, bringing in a 50-47 victory to thrill their fans. After clutch free throws by Maya Lingren and Genesis Quintero, the Rams led by two points with only nine seconds to go in the fourth quarter. Then, the defense took over as the clock ran out.

RFHS girls coach Juan Quintero, who is finishing his rookie year leading the team, explained how he turned  the offensive and defensive programs upside down and brought in totally new strategies.

“The girls have worked very hard, practicing every day,” Quintero added, “And their efforts certainly paid off.”-

Both the girls and boys are looking forward to the conference tournaments.

Quintero said, “We hope to be the third seed.”

Tony Gross, also a RFHS rookie head coach, reported the boys win against Moffat was the first time in five years the Rams were victorious against that opponent.

He is hopeful about the upcoming conference tournament, although he said, “It’s been a roller coaster year.”

He also said that the boys have played six of the top seven teams this year.

“In spite of having a tough schedule early, the boys come to practice and work very hard,” He said, “Which makes all of us so proud of our recent record.”

Next year’s rosters, both Gross and Quintero agreed, look good with the majority of returning players on both teams being seniors. For the girls, four present players will be graduating this year. The boys will only lose two graduating seniors.

It’s interesting to note that both Gross and Quintero were raised in the Valley, and both graduated from RFHS. Each explained that he has strong ties to the school’s athletic programs.