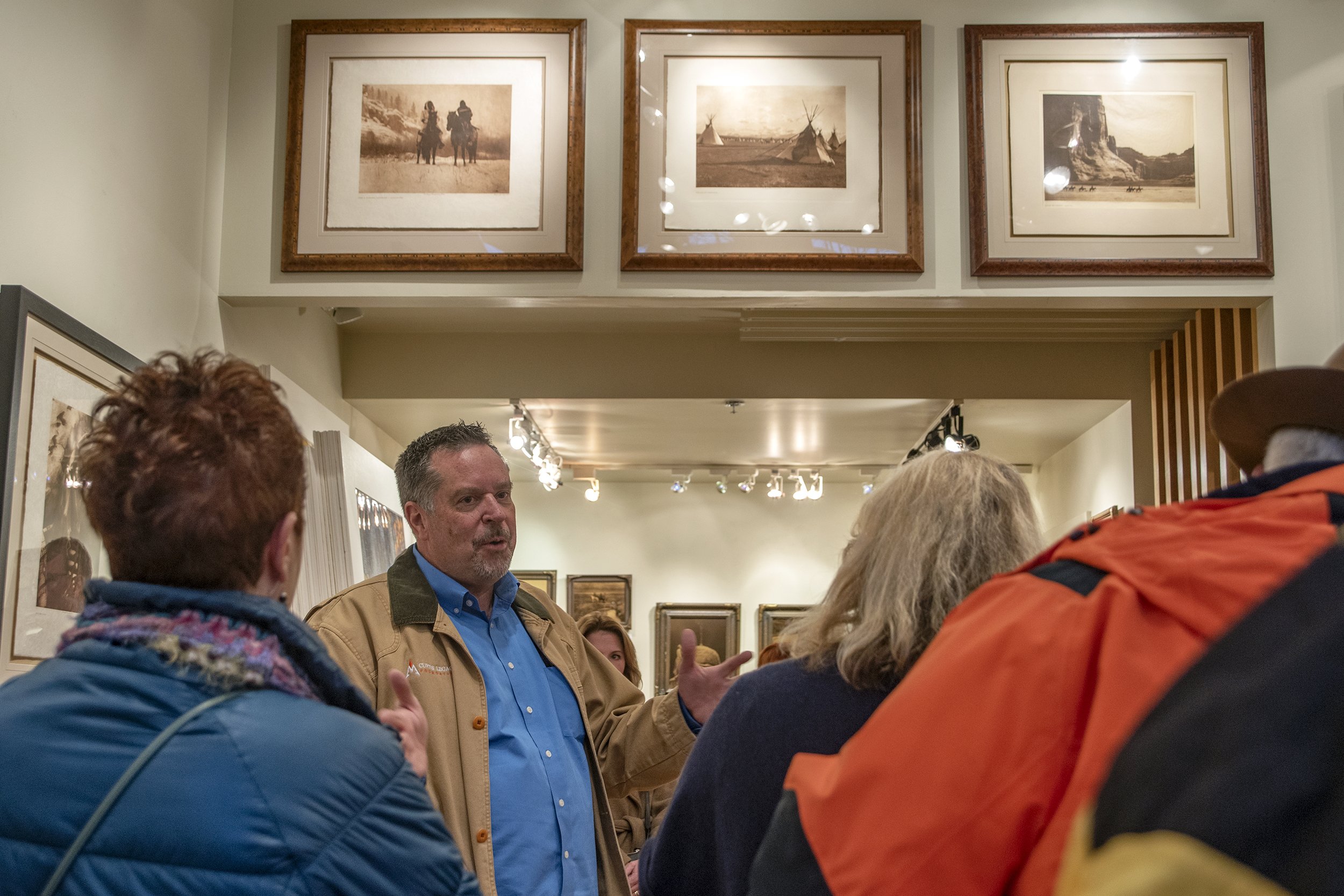 John Graybill chokes up a bit when he talks about Chief Henry Red Cloud.

Addressing a small crowd at Valley Fine Arts in Aspen on Feb. 15, the Buena Vista resident recalled his meeting with the great-great grandson of the original Red Cloud, who Graybill’s own great-grandfather, Edward Curtis, photographed in 1905.

Both Red Clouds, Graybill observed, sought independence for their people — the elder through wars and treaties and the younger by training his fellows in solar power.

Graybill is trying to do the same with his own heritage.

The idea of tracking down and photographing the descendants of his famous ancestor’s photographic subjects took some time to develop. The family didn’t benefit much when Curtis’s turn-of-the-century photographs of indigenous Americans came to prominence in the 1970s.

“We grew up with it hanging on the walls, but Curtis never made any money,” he explained. “For the longest time as a photographer I wanted to be known for what I did, not what he did.”

It was his wife, Coleen, who convinced him to take up the mantle — but not without a twist of fate. Graybill was in Seattle for a presentation when an organizer offered to put him in touch with Mary Lou Slaughter, great-great-great-granddaughter of Princess Angeline, the first native woman Curtis photographed.

That auspicious start led to an open call on Facebook and more descendents — or, in one case, a 94-year-old woman who been photographed herself as a little girl. Graybill quickly abandoned the idea of using a digital camera for the purpose, and is working on mastering the view camera and silver-gelatin emulsions of Curtis’s era. The project is backed by the new nonprofit Curtis Legacy Foundation, with plans to give back to native communities in the process.

There is the potential for some pushback. Curtis has been criticized for staging photos or incorporating elements from different places or times. His extensive ethnological writings, adding the context of an already more settled era to the visuals, are often ignored. But Graybill’s own efforts have been embraced.

“I’ve been expecting problems and I haven’t found them,” he said. “It’s been overwhelmingly positive.”

Seeing conditions on the reservations and hearing people’s stories has been eye-opening.

“I’m hoping I can bring awareness and break down some of those barriers,” he said.

By the end of the year, Graybill hopes to add 20 more portraits to the nine he’s completed so far. The ultimate goal is a book of around 50 works.

Valley Fine Art should prove an important ally in that effort. It has been one of the top galleries featuring Curtis’s work for decades, and owner Mia Valley makes a point of collecting prints in unusual media. In addition to hosting the first real exhibit of Graybill’s works side-by-side with Curtis’s — and donating some of the proceeds to the project — Valley has become directly involved with the project and will be traveling with Graybill to the Pine Ridge Reservation to help plant trees.

Go to curtislegacyfoundation.org for more information.