‘Hope for the Flowers’ has deep, sustainable roots 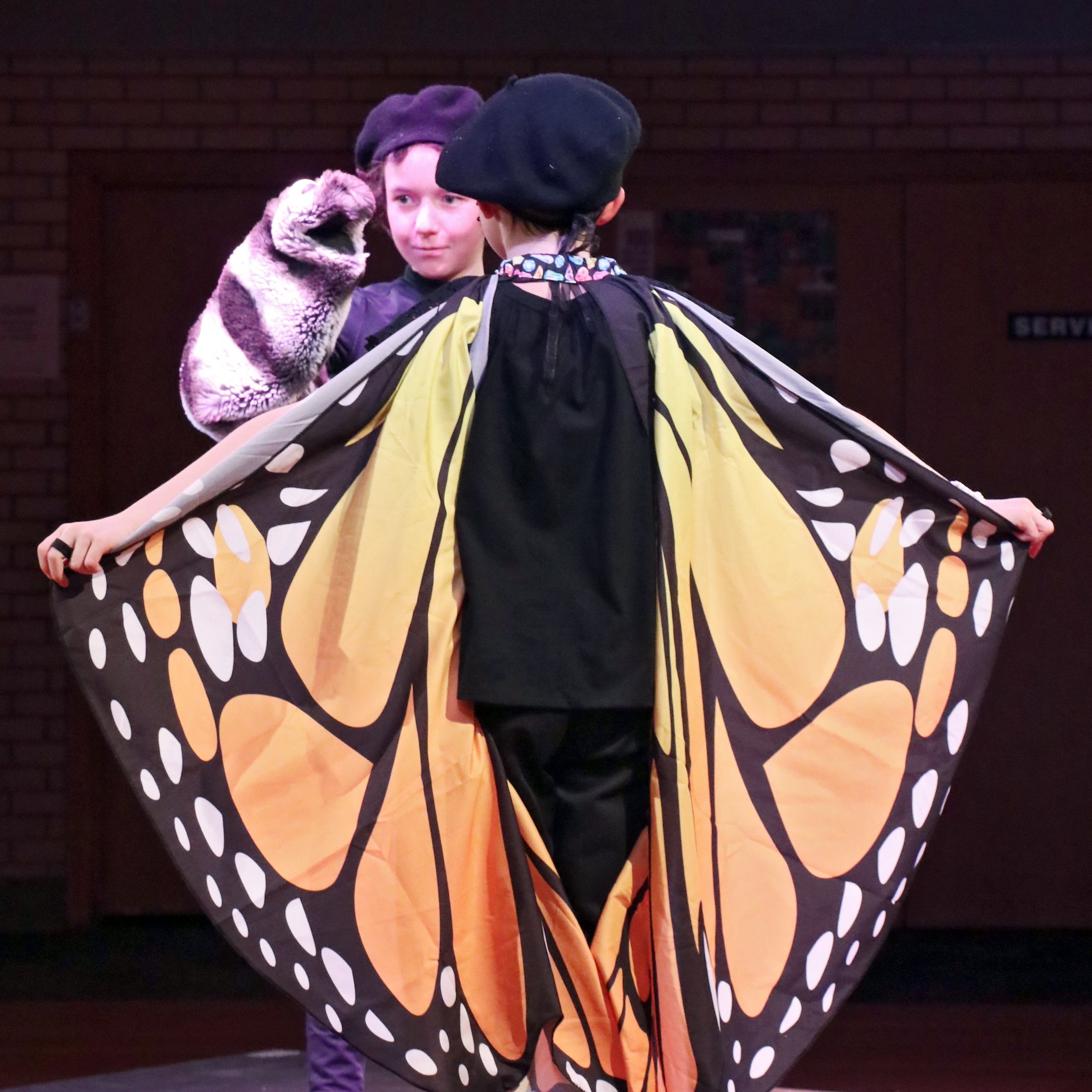 A parable for the ages

When Stage of Life Theatre Director Jennifer Johnson set out to adapt “Hope for the Flowers,” she wasn’t sure she’d be able to get permission from author Trina Paulus. After all, the 88-year-old had written just the one book back in the 70s, and her website hadn’t been updated in years.

But not only did Paulus write back right away, it turned out she had strong local connections through Sustainable Settings and the Central Rocky Mountain Permaculture Institute. She’ll have a chance to watch a livestream of the performance and is planning a summer visit.

It depicts a pair of caterpillars who abandon a literal race to the top and settle down together — but where many fairy tells would end there, that’s just the beginning.

The pair are still not happy, and have different ideas about what to do next, prompting a break up and separate journeys toward the same realization. “You have to want to fly so much that you’re willing to give up who you are.”

The piece was adapted with the help of SoL’s students and will be performed by kids with a combination of puppetry, performance and poetry. But the themes, in Johnson’s opinion, are universal.

“It’s one of those stories that’s written in children’s book format but is actually for grown-ups,” she said.

A year without Amazon

Until the end of last year, a Stage of Life Theatre production meant a flood of Amazon boxes.

But after successfully staging “A Christmas Carol” with all repurposed materials, Director Jennifer Johnson decided to try a year without all that.

“I want the kids to see it’s possible and sustainable,” she explained. “I want more of that synergy between local companies, and I’m actually saving tons of money because we’re starting secondhand.”

Community Thrift & Treasures in Glenwood Springs donated the sweaters for the puppets in the upcoming adaptation of “Hope for the Flowers.”

The lack of prefab props also meant that the actors had a chance to create their own caterpillars, adding another layer of investment.

“They feel so much more connected and involved in this production,” Johnson said. “Without question, it’s been much more work, but it’s worth it.”

“Hope for the Flowers”