Review: Love and obsession in ‘View from the Bridge’ 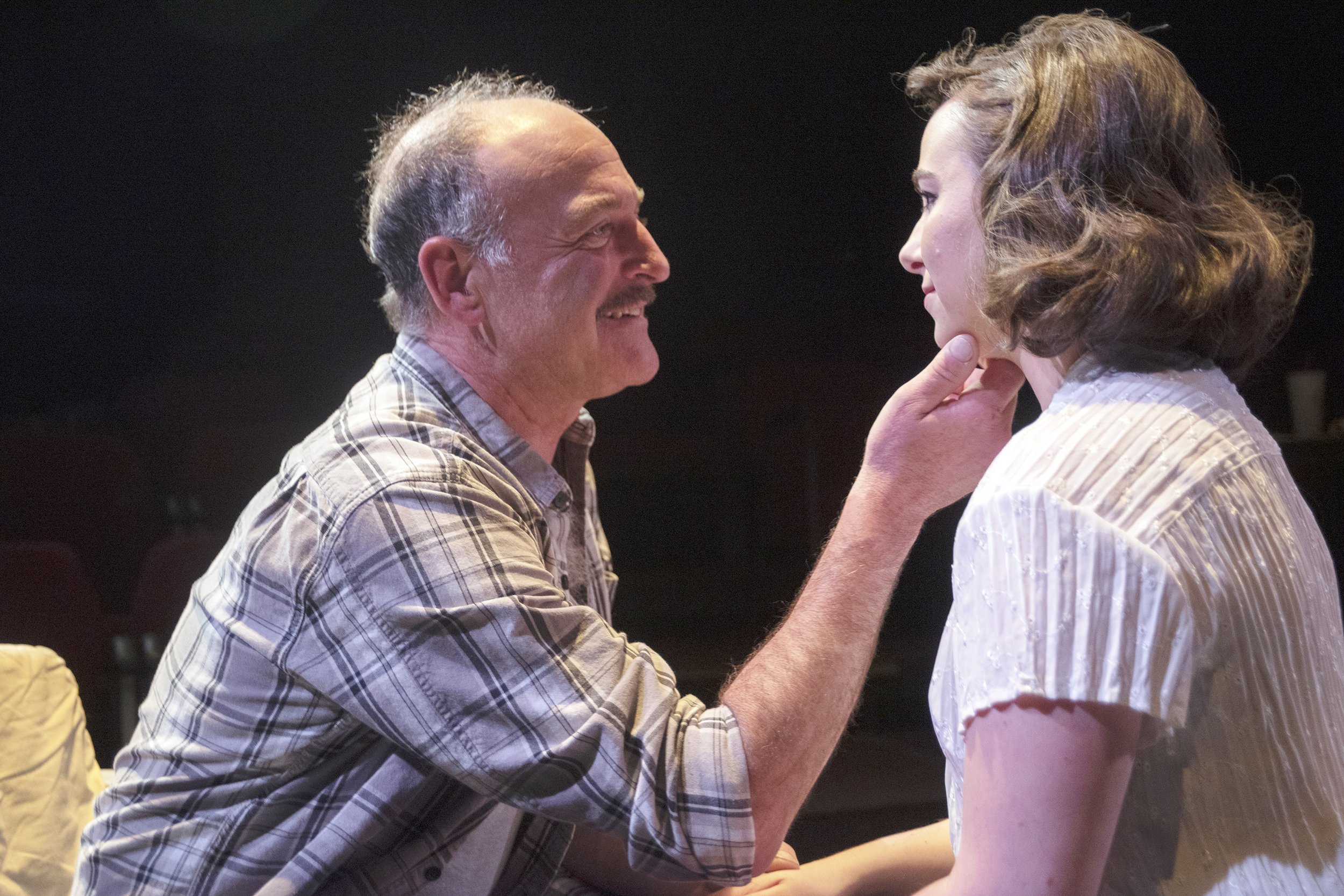 It’s tough enough being immigrants in the 1950s in New York City, much less an Italian immigrant family fighting for the good life. Add in complicated and troubling romantic entanglements and you have a recipe for disaster — and tragedy — in this latest Thunder River Theatre Company production.

Set in the Red Hook neighborhood, the Brooklyn Bridge looms large over the dreams and failures of those who live in this city borough. A huge grey steel bridge on stage soars to the top of the high ceilinged room filled with old yet functional furniture. All it lacks is a rug.

It’s a barren environment, not exactly one full of love and hope. And one of the plays’ themes, immigration angst, is still relevant today.

The play opens with a poignant monologue by Alfieri, an older local lawyer who occupies the dual roles of attorney and one-person Greek chorus, played masterfully by Lon Winston.

Italian himself, Alfieri bemoans the uninspiring cases he handles as “The petty troubles of the poor.” Alfieri is bored by his clients’ squabbles as he fruitlessly tries to convince Eddie Carbone, the protagonist, that the law has no place in his family’s conflicts.

Actor Lee Sullivan, a TRTC alumnus, portrays Eddie initially as a sympathetic longshoreman in the rough and tumble world of the Brooklyn docks, unloading and loading cargo from ships coming from far away. When there’s no work to be had, Eddie goes to the uncertain and seemingly foreign locations of the docks at Staten Island and even “Jersey.”

Sullivan plays Eddie as strong inside and out. But is he too tough to understand the dangerous road he’s travelling by his obsessive love for Catherine, his teenage orphaned niece?

As Alfieri muses, “His eyes were like tunnels; my first thought was that he had committed a crime, but soon I saw it was only a passion that had moved into his body, like a stranger.”

Eddie’s sex-starved wife Beatrice comes to life through the acting skill of Tamela Kenning. She  is perplexed by her husband’s lagging mood for intimacy, as he simply says, “I don’t feel well,” unconvincingly.

Sophia Higbie plays Catherine, the blossoming young woman who is both the glue that keeps the family members connected and the wedge that drives them apart.

An interesting touch by director Corey Simpson reflects the generational and lifestyle differences between the two women. Catherine wears a short skirt and fashionable shoes — a modern woman. Beatrice dresses much more conservatively, with a long skirt, a shawl and utilitarian footwear, seeming very “old country.”

Beatrice is the first to really see the turmoil taking place. Her facial expressions reflect her growing concerns about Eddie’s attempts to keep Catherine in a cocoon he has figuratively encased her in. Beatrice quickly recognizes that danger lurks ahead.

The main cast rounds out – and the plot thickens – with the appearance of Beatrice’s two Italian cousins. Marco, played by Brian R. McIsaac and Rodolpho, played by Patrick Keleher, arrive — albeit illegally — from Sicily, where food and medicine are in short supply, and families struggle just to survive.

The cousins are welcomed initially by both Eddie and Beatrice and invited to stay with them. Polar opposites, Marco, the older of the two, just wants to stay in America for four years to send money back to his sick wife and starving three children.

Rodolpho, on the other hand, is younger, unmarried and a singer anxious to buy a motorcycle and stay permanently.

All seems peaceful until Eddie notices Catherine and Rodolpho are drawn to each other.  At the same time, Marco displays physical strength that Eddie sees as threatening his own masculinity.

Eddie’s fondness for his niece takes a dark turn as obsessive love boils over. His anger and outrage over the lovers’ commitment and decision to marry send him into a downward spiral as he maneuvers to keep Catherine close.

His desperation over the blonde Rodolpho’s charm and vitality lead him to insist the young man is “just not right,” and Eddie tries to prove that unsuccessfully. But when his ploy fails, Eddie finally pulls out his ace in the hole and makes a life-altering decision. Is Eddie just a good guy with a tragic flaw? Or not?

Throughout the performance, it seems like the players are tiptoeing between love and the law, similar to sports athletes carefully trying to avoid stepping out-of-bounds.

Does that effort work out or collapse? Will this slowly-building catastrophe dissolve into tragedy and violence? The climax will shock and awe the audience as the final moments of this somber yet powerful performance unfold.