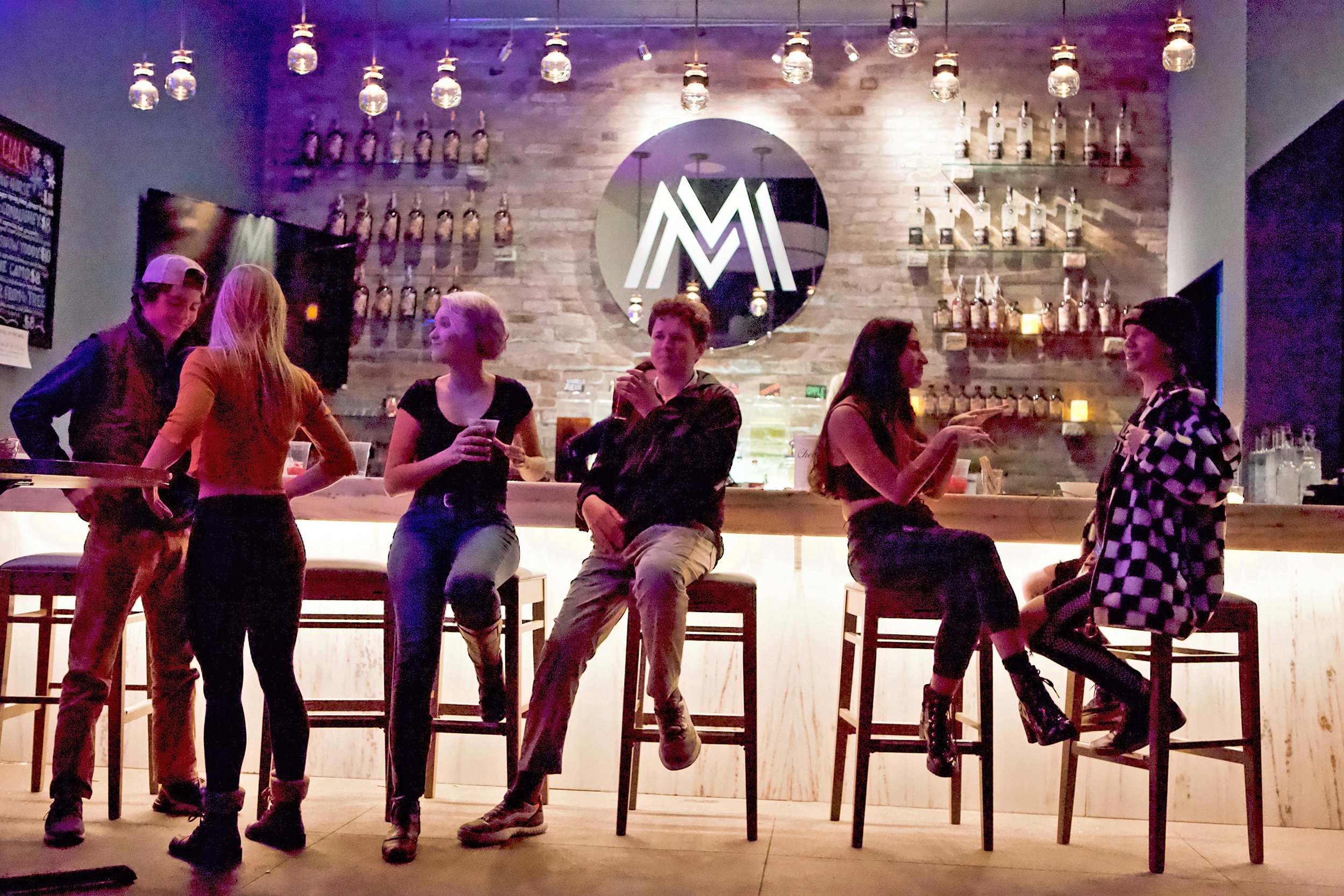 Do you remember ever thinking as a kid, “Gee I wish me and my friends had a place to go this Saturday night — it’s just not fair.” If you grew up in a small town like Carbondale chances are it crossed your mind. Well, the management of Marble Distilling Company (MDC) has answered the call of your adolescent self.

MDC’s own Mandy Brennan puts it this way: “It’s something that Marble Distillery wanted to offer to the community for our youth to have the opportunity to go someplace and hang out on a Saturday night… It’s a fun, safe inexpensive place for them to go.

The next event is just around the corner — March 7. So if your son or daughter is bored at home and maxing out your bandwidth, there’s an alternative.

According to Brennan the target age range is anyone “from high school ages to 20 year olds.”

The event is also known as ‘Zero Proof’ — an ode to the absence of alcohol.

Local high school student Daniel Carreno designed the vibrant poster for the event. It is hung at various local establishments frequented by teens such as Peppino’s, and of course the local high schools.

Brennan explains, “It’s coming full circle and Tanner is now doing this…trying to give back to the community as well.”

The youngsters who attended in February willingly provided some feedback to their hosts. First off, they thought the ticket price should be reduced and second, that the event should start a little later than 7 p.m. this time. Trusting that the kids know best, MDC plans to accommodate their suggestions within reason.

The security works just like a school dance. If someone leaves the establishment they are unable to return; if someone is suspected to be under the influence upon entry, they are turned away. All of the alcohol is covered up and not accessible to anyone.

Brennan acknowledges that some parents may be concerned that it takes place in a bar setting. She has not heard this directly, but suspects the worry may exist and assures anyone who might be concerned that no alcohol is within sight. Her hope is that students can learn to have fun and socialize without drinking.

Brennan and one of her business partners, Connie Baker, both have high school age children who attended the February event and, as far as their parents know, plan to attend again.

While the distillery likely takes an economic hit by not selling alcohol, it still hopes to continue this tradition. MDC is not only interested in catering to the “of age” crowd but to everyone — at least to a degree. Bennan sums it up nicely, “Even though we are a quote-unquote a drinking establishment, that’s not what we’re all about. We’re in the downtown core and are active community members ourselves. It’s just a great way to give back to the community and our young folks out there.”