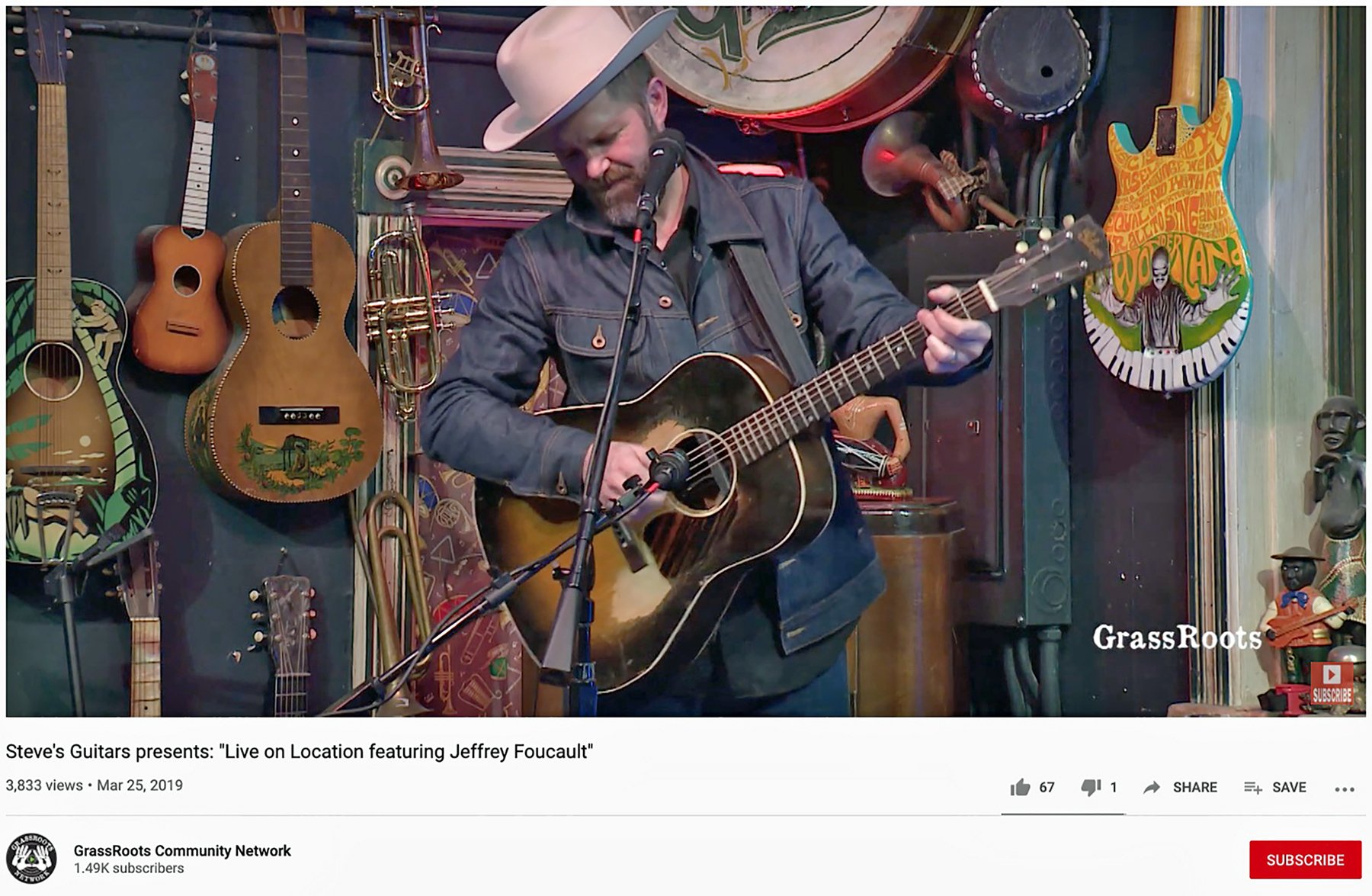 Steve Standiford wishes he had high-definition video of Trampled by Turtles or Lake Street Dive playing his little room in downtown Carbondale.

If the 70,000 YouTube views a standard-definition Youtube video of Mandolin Orange’s set at Steve’s Guitars — plus hundreds of new newsletter subscribers ­— is any guide, there’s certainly demand for early shows by rising stars.

And Standiford seems to have a talent for attracting those sort of acts — or maybe it’s the space itself.

“It’s the best sounding room I’ve ever experienced in my entire music-loving life,” Standiford said. “Thick walls, high ceiling and all these guitars singing along… I used to joke that it’s the most expensive reverb system in the Valley.”

Tucked into the back of the Dinkel Building at 19 N. Fourth St., the intimate venue has hosted live music every Friday night since long before anywhere else in Carbondale had such a consistent scene.

Standiford has watched other venues come and go, but hasn’t changed his own approach much in the meantime.

The core mission, in his estimation, has stayed the same.

“I’m seeing more gratitude for a live music venue like this,” Standiford said. “It’s not a restaurant, it’s not a coffee shop. It’s not even really a guitar shop. The primary reason we’re here is to make live music happen.”

Folks seem to like the relaxed, BYOB approach, with a jar by the door taking the cover charge as often as not. It has become more and more common for shows to end up sold-out, with even the back room packed to the gills. But while there are days he wishes for more space, Standiford can’t imagine moving.

Instead, he has a dream of streaming every single show — giving folks who can’t make it due to conflicts or distance a chance to be part of the experience, and leaving a high-definition record for attendees and others alike.

“Frankly, there’s nothing like being here live, but it’s way better than a memory,” he said. “The Streaming Steve’s program is really to share the music — just put it out in the universe and whoever wants to plug in can.”

The program in question is a campaign for the $18,000 it will take for equipment and installation. Around half of the total is already in place thanks to the shop’s own coffers, First Bank and GrassRootsTV.

To help raise the rest, Steve’s is hosting a fundraiser from 5 to 9 p.m. on April 3. In addition to live music from Jackson Emmer and Let Them Roar, among others, the evening will include an opportunity to purchase some of the few guitars in the shop Standiford isn’t reluctant to part with — including one signed by the Moody Blues.

“I think it’ll be part auction and part garage sale,” he explained. “Otherwise, in the last few years I pretty much have only sold to musicians who I think will take them to incredible venues and use them like they should be.”

You can also email sguitars@sopris.net for more information or to contribute.

“People are already responding. It’s very cool,” Standiford added. “It feels like it could happen.”