Ball brewing pours a dram of history into your glass 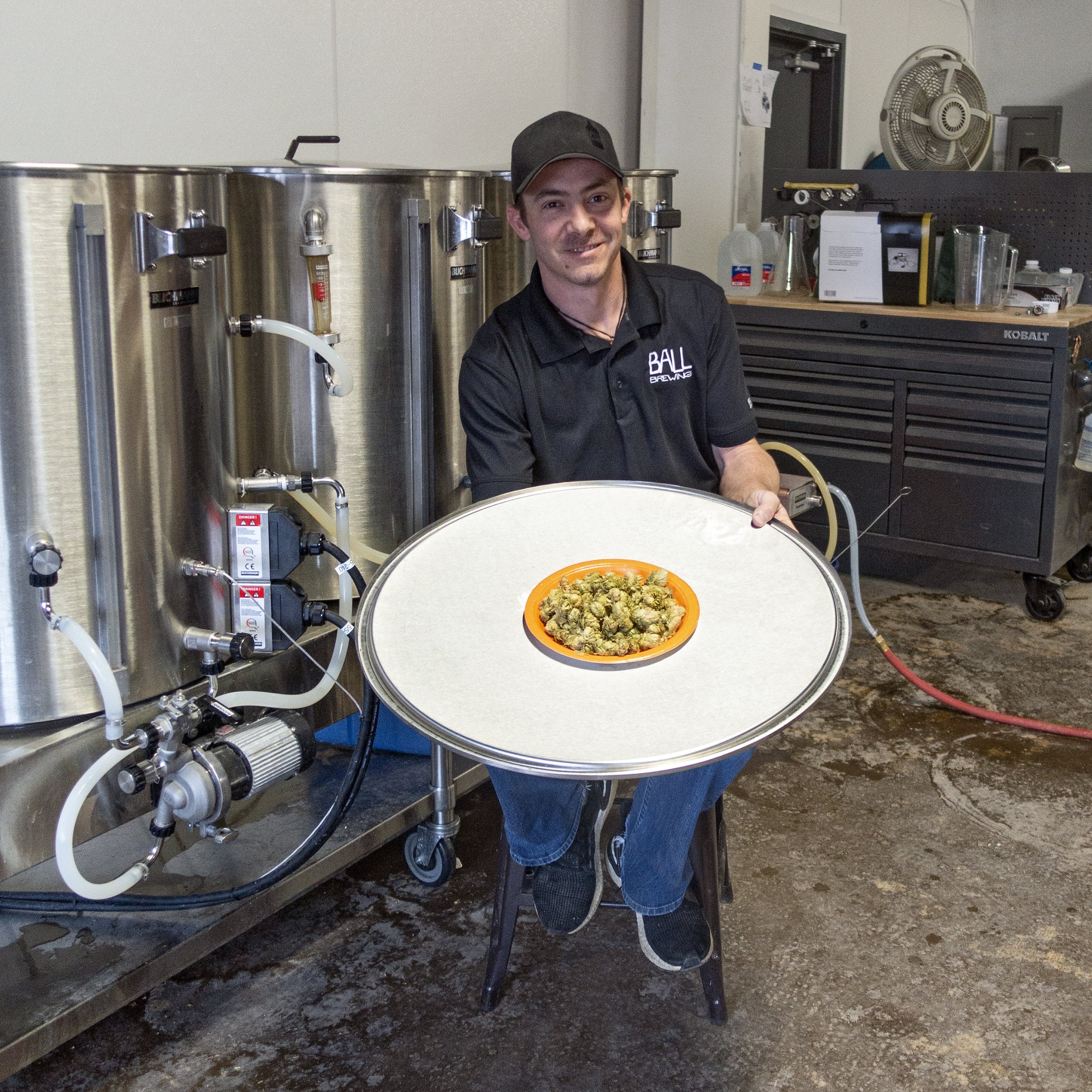 Take a sip, and you’ll realize this is something different. Just a few miles down Highway 82, a new taproom is reaping and sharing the benefits of an unexpected windfall.

The phrase “heirloom” — whether seeds or hops, which are essential to brew beer — have become the unique ingredients in Ball Brewing’s on-site production.

Owner Bobby Ball, whose bar went live Super Bowl Weekend, was introduced to an incredible find when a friend told him about someone growing hops that had been passed down to family friends for several centuries. That means they’re heirloom.

He had become interested in craft beer when he was in college and enjoyed the unique tastes he would encounter in local taverns. That led him to learn to brew his own in his kitchen and garage, win in craft beer competitions and dream of having his own brewery to serve to the public.

“I started touring breweries on my travels locally and internationally, and I loved how unique they all were in their own way,” Ball said. “We wanted to produce a beverage that is smooth and drinkable. And most of our beers have only four to five percent alcohol.”

So why is heirloom important?  A quick perusal of available research explained that heirloom seeds or hops have avoided 21st Century chemicals or mutations, taking the phrase “natural” to new heights.

This particular bud — an early stage flower of the hop plant — has been dubbed Bootlegger Hops, and there’s quite a story to go along with its history.

It all started several centuries ago when settlers, primarily from Germany, brought their hops to the United States, as beer was a usual part of their diet. Eventually, these buds ended up in the Roaring Fork Valley.

The term bootlegger dates back to the Civil War, when soldiers snuck liquor into camp by hiding it in their tall boots. But it took Prohibition to make the word even more commonplace.

And it was a former bootlegger, nicknamed “Uncle Ed, ”who hid a still during Prohibition where he produced alcohol near Snowmass Creek. Selling alcohol to the popular speakeasies (places where people could enjoy illicit liquor) was quite the money maker.

He then gave the hop plants to family and friends who also passed on the buds to his great nephew in the Valley who in turn let another friend use the plants as a decorative privacy hedge. Hops are known to grow at least 15 feet tall.

“Harvest time is fun,” Ball said, “After the hard work, we all sit down and enjoy a barbecue.”

Ball proudly described another local angle at the brewery, “We use our own well water and only Colorado yeast and grain.”

Ball also produces hard seltzer in a variety of flavors including pineapple and blackberry.

Besides being a brewery and tap room, he noted, “We also are a homebrew supply store. We provide our customers with a great location to drink beer we brew on-site, and the ability to purchase any supplies they may need to brew at home.”

The brewery has also been collaborating with other sites, including Carbondale Beer Works. “Brewers don’t generally view others as competition,” Ball reported, “ Everyone helps everyone.”

Ball also credited his success at being a brewery and sports bar to the four large flat-screen televisions hanging around the facility. Plus, Ball said, “We’re one of the few local places that show Avalanche hockey games. And this month we’ll be highlighting college basketball’s annual ‘March Madness tournament.’”

Read the blackboard where the handwritten notes list the creatively named brews: Downtown Charlie Brown, Spotted Elk, Slopeside Pale Ale and Amarillo By Morning (yes, referring to the famous song by country legend George Strait) As one customer noted, “It tastes just like Amarillo, Texas. You know something’s going on, but you don’t know exactly what it is.”

And Ball added, “We can brew a beer for any special occasion, like a wedding, with customized labels. We call it brew before I do’.”

Ball is also quite proud of having a 100 percent renewable energy certificate for advancing wind energy. And the fact that dogs are welcomed, even having 15 pups at one time in the taproom.

Although Ball Bar does not currently serve fresh foods, it is something the taproom is working on providing.

Go to ballbrewing.com to learn more.