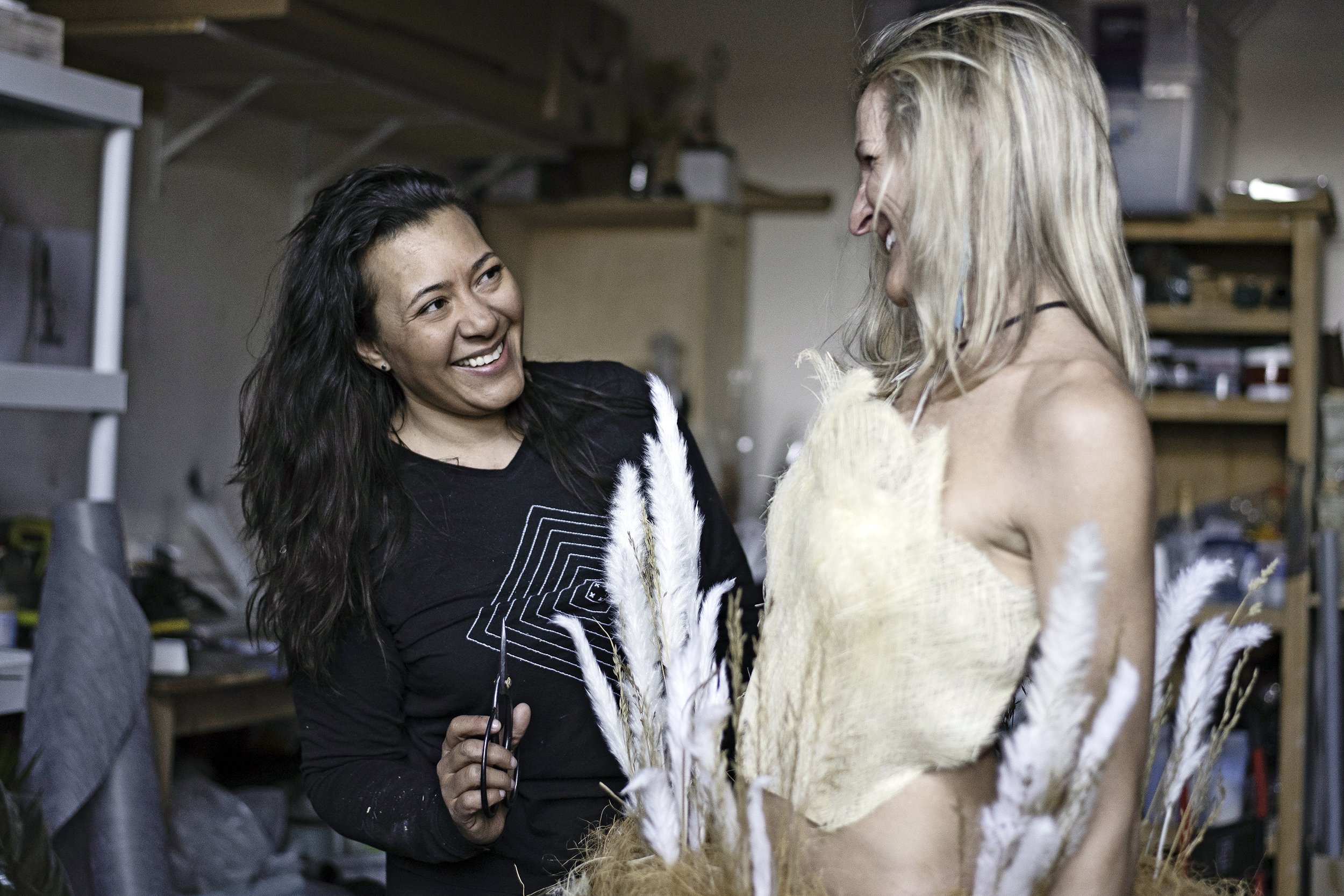 Update: Green is the New Black has been delayed until November.

It’s a dress, no it’s a skirt… it’s alive! Valley resident Yoli LaGuerre is bringing a new line of fashion to Green is the New Black and it is about as raw as it can get. She specializes in floral design and applies her innate skill to her fashion pieces.

LaGuerre grew up in New York City. When she was 12 years old she would “sneak out” during the early hours of the morning and catch the subway to 28th Street to attend the flower market before school. She pestered the reticent shop owners for work; due to her persistence they eventually let her schlep plants and make coffee runs.

From there, LaGuerre’s work has blossomed into something extraordinary. She challenges herself to “think outside the vase” and has created awe-inspiring floral forms ranging from intricately detailed structures to  — yes — dresses. She has designed massive floral installations across the world and is internationally recognized. She runs most of her business today out of Belgium, New York City and of course the Roaring Fork Valley.

Floral fashion is not widely known but, LaGuerre says, “It’s being done.” She has had her clothing designs modeled outside of Colorado and is looking forward to introducing her au-naturel style to Carbondale.

This is the first year Leguerre’s work will be modeled at Green is the New Black. She discovered the fashion show through a friend on the eve of the submission deadline. She rushed to get her application in along with some sketches and photographs of previous work, all of which was excitedly received.

Her designs are a combination of art and nature. LaGuerre uses a piece of scavenged bark she collected on a hike up Arbaney Kittle Trail as one of the tops. It’s a process; she has been working on shaping the single piece of bark for a month now. The designer likes to avoid impacting the environment as much as she can, venturing far and wide and acquires all sorts of wild materials from the earth’s surface.

Another garment has a tumbleweed as the skirt and is colored a glamorous sparkling blue. LaGuerre laughs, “I will stop my car and pull over and chase a tumbleweed wherever I’ve got to go.” The dress’ accompanied top is made from a lotus flower which shimmers to match.

Some of her dresses are made from living plants. Generally wardrobes have to be accounted for on site the Sunday before the big opening. In this case LaGuerre had to ask, “Will someone be there to water my dresses?” The organizers made an exception.

When asked how she feels about Carbondale’s art scene LaGuerre replies with one word — “crazy” —  in a good way.

Visit yoliLaGuerre.com to find out more about her work.