Get ready for spring sports 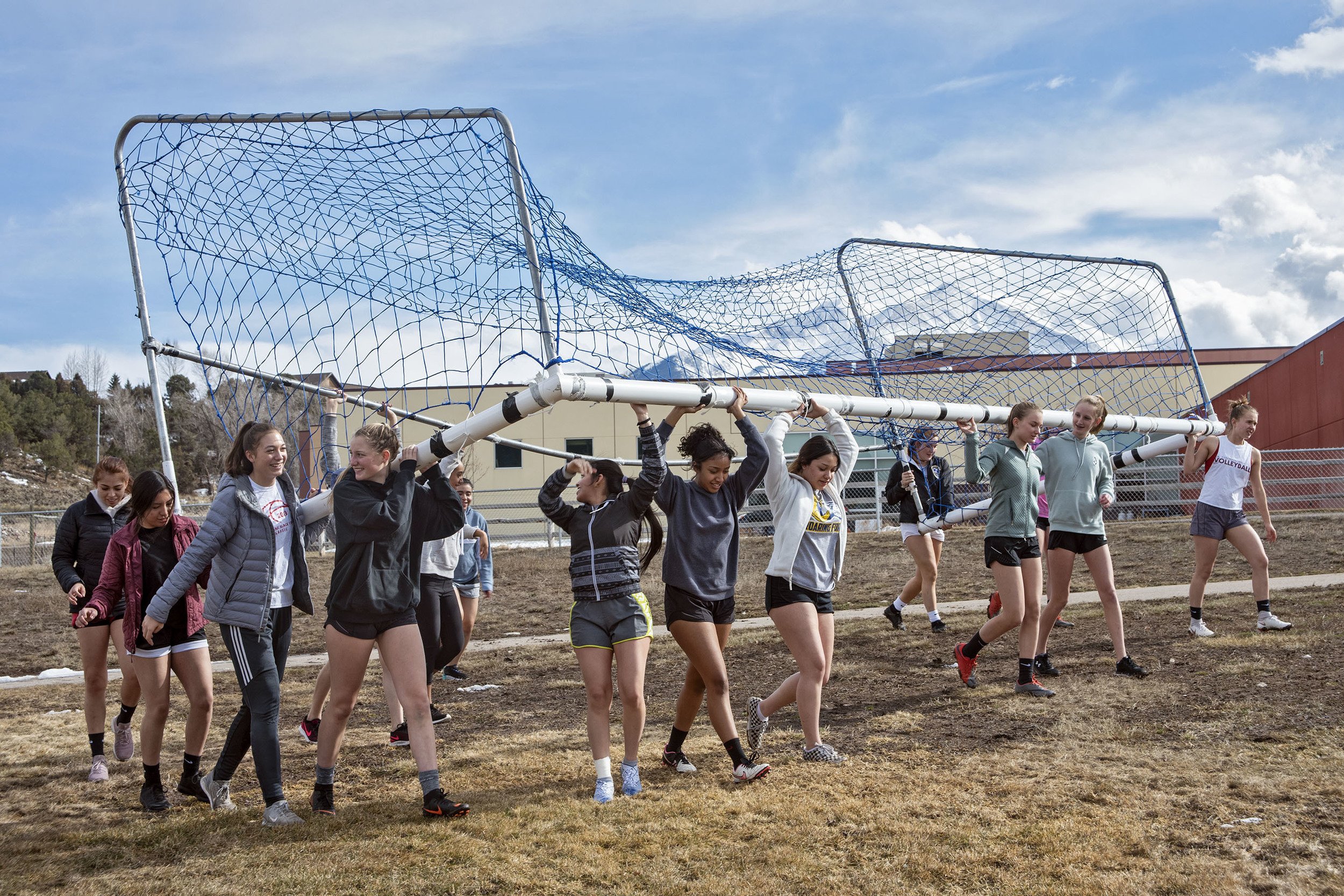 Track and Field Coach Ryan Erikson noted, “We did pretty good last year, and we have really good athletes returning including Lily Nieslanik and Patrick Morvek. Our team is young, but we do have a couple of returning seniors. The kids are enthusiastic and very committed.”

As to why kids choose track and field, Erickson said they like it’s both an individual and a team sport with a free-flowing and energizing feel.”

“We have a big team of about 30 kids,” he reported, “With outstanding members in triple jump and the four-person girls relay.”

The track team begins its schedule on March 20 at the Rifle High School Invitational. Erickson explained most of their meets are invitational competitions. The 2020 season ends with the state championships in Lakewood.

Last year, the girls soccer team made it to the sweet sixteen level of the state playoffs, said Head Coach Jeff Mohsenin, “And we really expect to do better this season and added that this year, “We have a really good core of competitive athletes, kids who know the game and have great school spirit.”

“Last year,” he said, “We underachieved, playing very well at times, but not so during other games.”

As to the toughest teams they’ll face, Mohsesin pointed to Vail and Aspen. The season kicks off with a game against Canyon View at Grand Junction on March 12.

Marty Madsen, head baseball coach, remarked that the team’s toughest opponents probably will be Delta and Evergreen, who RFHS plays in the first game of the season in Grand Junction. During the season, he noted, his dad Howard, a former 40-year coach in Michigan, helps with the sport which is mentally tough for players.”

Last year, the team stats were above the national averages with .307 in batting, 75 steals, and an on-base percentage of .445.

“We have two top players returning as seniors: Franki Harmin at centerfield and Eli Nickman at shortstop. Plus David Good adds a lot to the team by playing several different positions,” Madson noted, “Also, Isabella Hernandez is an excellent infielder.”

Madsen also said that the second year of the Trent Goscha Tournament is set for May 1 and 2. The team plays on the Ron Patch Memorial Field, named for Patch and the 14 other miners who died in an explosion at Mid-Continent Resources’ Dutch Creek No. 1 mine at Coal Basin near Redstone on April 15, 1981.

The girls lacrosse team, coached by Jason Rusby, is set to play one morning game on opening day in Grand Junction on March 13.

Rusby is very enthused for this season, “We have many excellent players, some of whom were able to start playing in fourth grade through the Roaring Fork Lacrosse Club.”

Last year the team had a 10-3 record in the Mountain Girls Lacrosse Standings and was number 30 in the state.