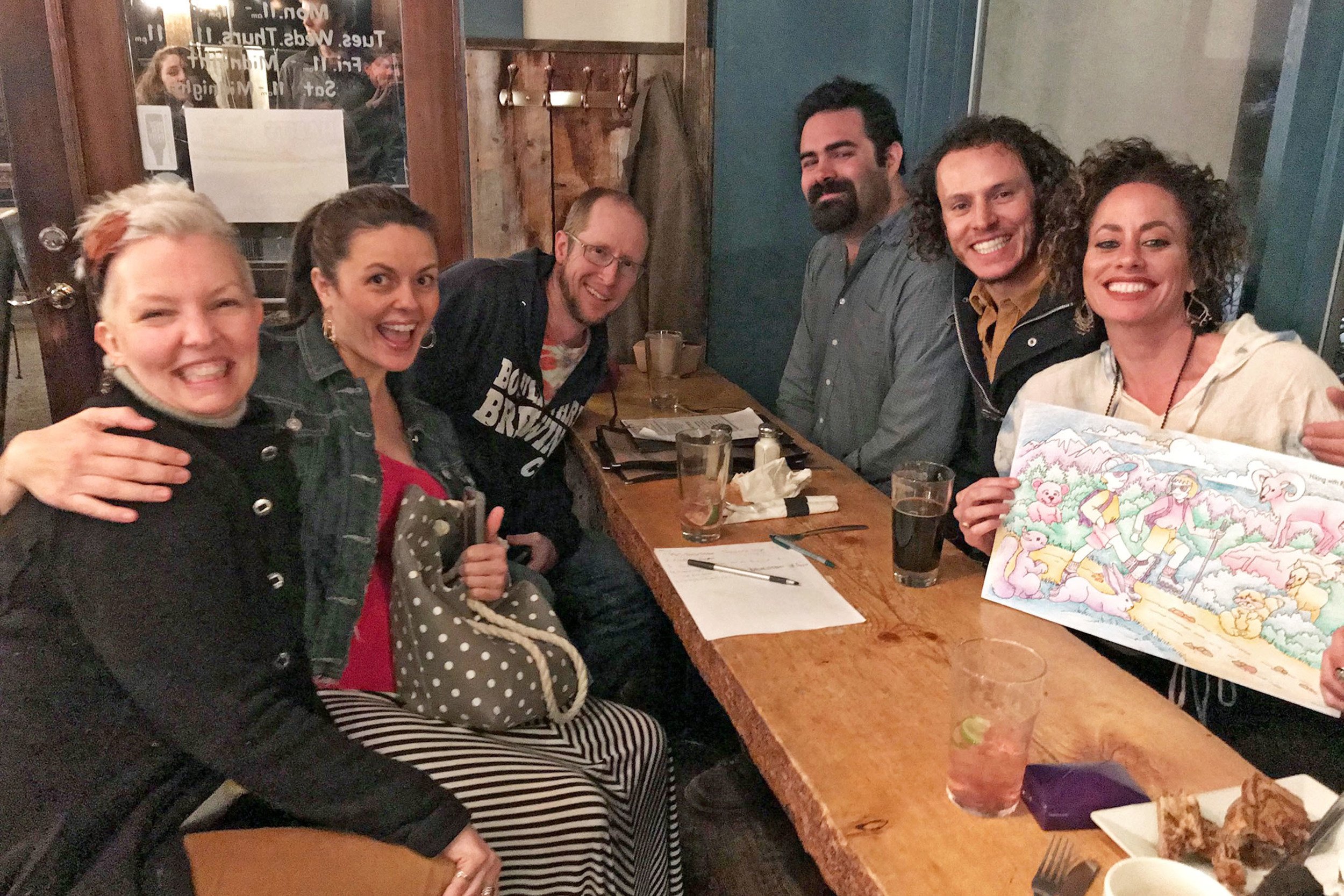 Beer and good food make for a great time. Giving back to the community also feels great. Carbondale Beer Works (CBW) combines the two to make a concoction truly satisfying.

Patrice Fuller bought CBW in 2016 and has used her foothold in the community to help nonprofits fundraise, emphasising the “fun” part. Every year between November and March (approximately) CBW hosts two monthly events: Bingo and Music Trivia. All proceeds made from bingo cards, team entries or just simply benevolent donations go to a benefitting nonprofit.

Bingo Night was grandfathered in from the previous owner and Fuller kept with tradition. Before each giving season begins various local nonprofits each request to be a beneficiary of one of the monthly bingo sessions. Fuller has a hard time saying no so the interval is often extended into April or May to welcome more agencies. Fuller laughs, “We just keep squeezing them in, you know? We’ve got to help everybody — if we can anyway.”

“Bingo for Mobility” will be hosted on March 11 beginning at 7 p.m. It will benefit the Bridging Bionics Foundation out of Basalt. Bridging Bionics is renowned for their contribution toward advancing mobility for disabled people.

In 2018, for Colorado Gives Day (an annual statewide day of fundraising for local nonprofits), Fuller wanted the percentage of her day’s profits to go to KDNK’s partner program the Andy Zanca Youth Empowerment Program (AZYEP). She called up AZYEP’s Executive Director Beth Wysong who suggested including a night of music trivia at CBW, which they did, and ended up having a great turnout. Badabing badaboom it also became a monthly event.

Locals Janet Gordon and Jason Hodges generally host music trivia, “and they’re super fun,” says Fuller. Each team can have up to six members and it is suggested that each member donate $5. AZYEP uses the proceeds to further their mission to give youth a voice via the radio waves and “beyond.”

Fuller was recently in the spotlight for her work, along with local April Spaulding, to  fundraise in order to pay the bill of any outstanding lunch debt owed by students of Carbondale Middle School. This also began with a bingo night where they raised a third of the lunch debt. They soon raised enough to take care of the total balance and donated the surplus toward a forgiveness fund for future lunch debts in the school district.

Following the California fire which wiped out the town of  Paradise and devastated surrounding Butte County, Sierra Nevada Brewing Co. began a campaign asking breweries to brew a recipe they call “Resilience IPA” and to further donate all its sales to a fund meant for the recovery efforts. CBW was quick to get on the wagon.

Fuller explains, “That had come on the heels of Lake Christine [fire] and we were so fortunate here that that didn’t happen. It was kind of cool to donate money to help rebuild and give people back some of what they had lost.” She estimated that CBW raised roughly $5,000 for this cause.

CBW has hosted probably too many charitable events to count. One more as of late worth mentioning was their “Right to Brunch” event in August 2019 which benefited the ACLU. Fuller pointedly states, “I’ve always believed that everyone should have basic human rights.”

Fuller says she is “really grateful to have the platform I have to bring awareness” about various nonprofits. She believes that there is power in numbers and not just the generosity of one saying, “If a hundred people give a dollar then that’s a hundred dollars more than they had the day before.”

Fuller is proud of this community and its support for organizations working to make the world a better place. She was sure to point out her own gratitude stating, “I will tell you I live in a very giving community because people show up everyday for me so I really appreciate that.”