Wearing many hats at Green is the New Black 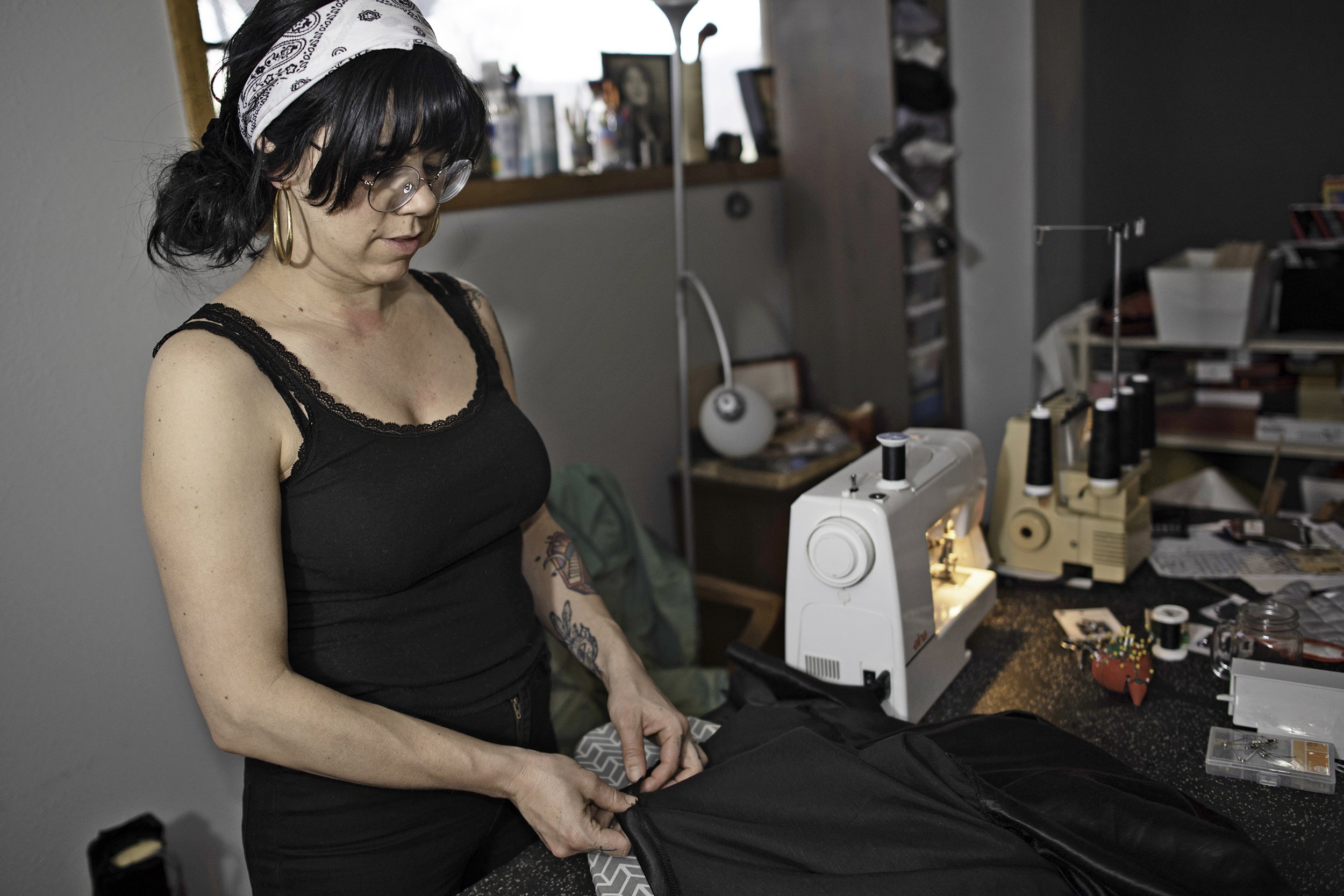 Update: Green is the New Black has been delayed until November.

Josie Castaldo sees herself as a communal artist, not an individual one.

As such, Carbondale’s quirky fashion extravaganza is a perfect chance for her to get creative.

“I have this really amazing opportunity to use the skills I’ve developed in my leisure time. It just feels like a path for what I want to do with my life,” she said. “I don’t want to have to vie for a spot. I’d rather work on something because they need the help.”

It’s actually the third show in which Castaldo has participated. Two years ago, she helped create a clothing line. Last year, she volunteered behind the scenes — earning an official title by the end of the season.

“I just showed up to every practice,” she noted.

Now, she’s putting it all together, backstage coordinating and co-designing a line with ceramicist Savanna LaBauve.

“It’s the ingredients of humanity — that cyclical pattern from earth to life to death to earth,” Castaldo said.

Despite the name, environmentally-conscious sourcing is encouraged but not required for Green is the New Black.

“I think the really impressive aspect of this experience is the opportunity it provides to local artists,” Castaldo explained. “It’s underdog art, but it’s not always green art.”

For this line, however, both women wanted maximum authenticity and integrity. Castaldo had originally hoped to use entirely upcycled fabric, but Glenwood Springs-based Envirotextiles (envirotextile.com) proved a better, similarly sustainable, option.

“I’ve always wanted to use it, and then I found out it’s pretty affordable because the wholesale cost is the same no matter how big or small,” she said.

While she missed the designing element last year, it hasn’t been particularly easy doing two things at once. She has a deep backlog of event planning experience to draw on for stage management. The design aspect is more of a stretch, albeit a rewarding one.

“I’m such a piece in the puzzle in the production. Being a designer gets your work shared, but it’s also more taxing,” she said.

She also plans to showcase her work at the Hemp Expo fashion show in Denver later in the year. But Green is the New Black is the real inspiration and motivation for her work — a sentiment she thinks many of her fellow designers, performers and other supporters share.

“It doesn’t matter how much we’ve done; when we get to this point it feels like we’ve finally arrived,” she said.