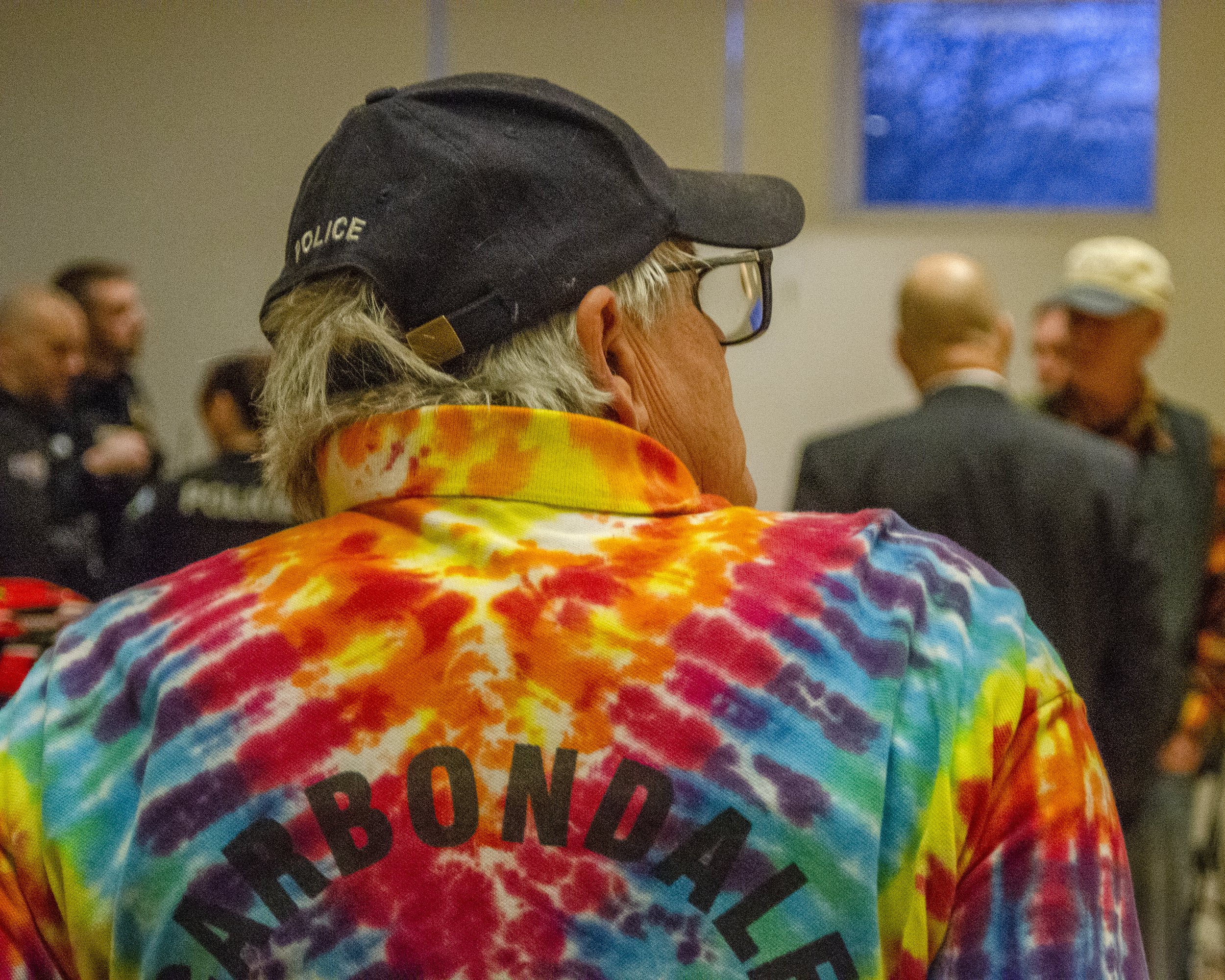 The public reception for Carbondale’s four police chief finalists went ahead as expected amid COVID-19 cancellations on March 12, but with very little risk of exceeding the 50-person cap imposed by the county. Similarly, a set of panels intended to further vet the candidates managed to squeeze into the narrow window before the Rec. Center and Town Hall closed to the public.

In addition to the standard law enforcement investigation and faux-Town Council Town Manager Jay Harrington has used for such decisions elsewhere, he also opted for a dedicated bilingual group.

“The real key is to find someone who’s a good fit for the community — and that means all groups,” he said. “The Town Board felt that it was critical to have a Latino influence on this.”

In turn, Sean Dugan, Dave Shaffer, Kirk Wilson and Lee Damuth took their hot seat at the red table to answer to a  mix of Town employees and community members — all bilingual, though some questions were posed via interpreter for good measure.

Shaffer expressed a desire to learn, noting that he’d learned passable Italian for his frequent (until recently) forays abroad. Wilson had similar hopes, but admitted that his attempts to pick up a second language have thus far been fruitless.

Those of you who are bilingual, that’s very impressive to me,” he said.

As for Damuth, the goal of better integration went well beyond the chief.

“The department is becoming a lot more representative. I’d like to continue that,” he said. “I don’t think you should only expect your Spanish-speaking officers to do all the Spanish-speaking events.”

One spectre that revealed itself in each interview was that of Immigration and Customs Enforcement — and in particular, the 2011 controversy over a school resource officer who moonlighted as an ICE agent.

“We’re not an arm of immigration,” Damuth responded. “I think we need to be very clear about the separation of ICE and local police and ensuring it’s there.”

Wilson opposed the idea of having any officer cross-trained with ICE, and Dugan suggested that the police department should supervise the feds to make sure they’re operating appropriately.

For Shaffer, it came down to trust.

“We are the bridge to help kids learn about public safety and law enforcement,” he said. “There are enough issues in schools without bringing that conversation in.”

Many of the questions posed weren’t specific to the Spanish-speaking community. The panel probed into difficult decisions each candidate had made in the past and specifically expressed concerns about use of force.

On that front, training was widely regarded as the best solution.

“You have these low-frequency, high-impact conflicts,” Wilson said. “We have a responsibility and an obligation to ensure that our officers are trained to do their job effectively and safely.”

For less extreme challenges, all four seemed to agree that community relationships were essential.

“I think you need to meet people where they’re at on communication,” Damuth said. “You can’t just say you have an open door policy.”

To that end, each was asked whether they would support the tradition of police officers wearing tie-dye during Mountain Fair. All were supportive, though Dugan was perhaps the most enthusiastic.

“Only if I get matching pants,” he said. “If it’s something that brings down those tall cold walls of the police department, I think it’s a good thing.”

Once feedback from the panels has been compiled, Harrington will have more background work to do on the top candidate before a formal offer might be made in April.