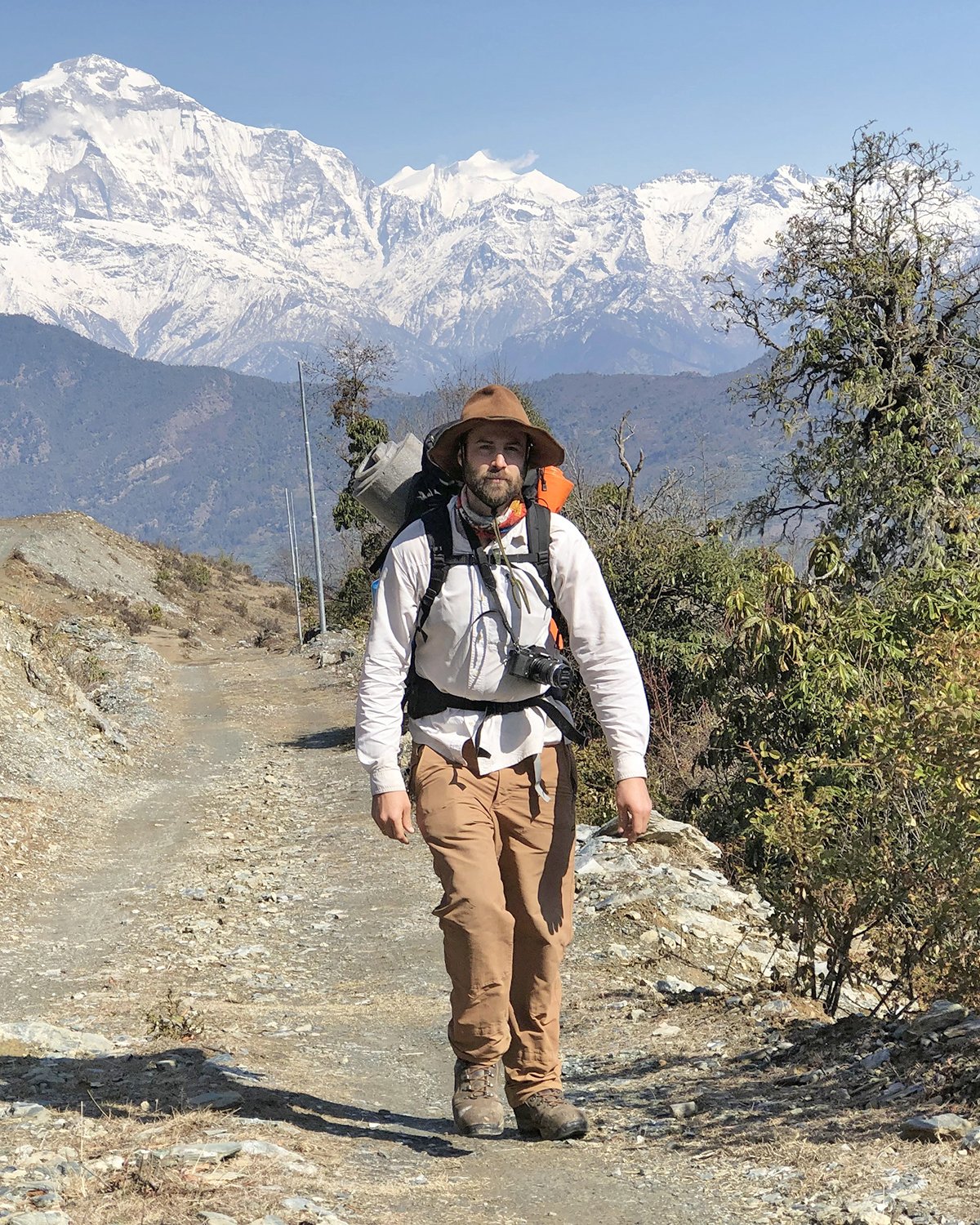 As Nepal considered closing its borders because of the Covid-19 virus pandemic, one Carbondalian, Hamilton Pevec, was trapped in that remote South Asian country.

Fortunately, he arrived home March 22 after enduring what he called a long, grueling journey. Pevec said he had been trying to escape before air travel was blocked, adding, “I was not certain whether or not I could get out.”
Pevec recalled thinking, “I would be totally fine to remain here if it were not for the fact that I am currently separated by a world from my wife Devika Gurung, a yoga healer, and my four-year-old daughter Isa. All the upsides of being here mean nothing in the face of this separation. Extremely speaking, it feels like I would rather die with them than survive alone.
My family is urging me to come home. However, Colorado has many confirmed cases and Nepal has none. Colorado cannot support its population with City Market and Whole Foods alone. There will never be enough food on the shelves. So when I return, I return to the more severe situation. But that doesn’t bother me, it confirms the power of love and family in the face of uncertainty.”

Pevec is the co-founder/producer at Himalayan Yogini Retreat, formerly Nepali Yoga Centre, in Pokhara, Nepal. He noted his trip was business-related.

He also is an independent filmmaker with Faux Reel Films and is completing post production on a documentary, Guerilla Aid, about the relief effort following the 2015 Nepal earthquake. The public can go to youtube.com to watch the trailer.
Pevec’s saga began in late January after he arrived in Nepal via Chengdu, the capital of the Western Chinese province of Sichuan, when the virus was still only in China.

He recalled he passed three health quarantine checkpoints before arriving in Kathmandu, Nepal. Pevec had arrived before his wife and daughter were scheduled to fly in with the intention to meet up.” That never happened.

Then his ordeal began. His return ticket was no longer good because the airplane was scheduled to fly first to Hong Kong, so he started trying to change his ticket and find a new route back to Colorado.
The stress was so extreme, he remembered, that he caught a bad cold that wouldn’t go away, but finally did immediately after he confirmed his return flight.

He finally booked with Qatar Airways to fly via Doha, Qatar’s capital, and then to the United States on JetBlue. Most other airlines, Pevec said, wanted to charge up to $3,000 to change this ticket, which had originally been slated for an April 7 return.

The government also halted services offered by both private and public sectors — other than essential services — across the country until April 3. Like many other leaders, Oli made it clear that stern action would be taken against those involved in black-marketing, hoarding and creating artificial market shortages.

Pevec noted that the only health check on his return journey took place in the Kathmandu, Nepal airport. Still, he was told to self-quarantine for 14 days in a place other than his home or anyone else’s home.
“It just dawned on me that I couldn’t visit my family or my mother who is in her early 70s,” he said.

But, Pevec reminded himself that he strongly believes he’ll get through this, and he hopes, so will Carbondale.