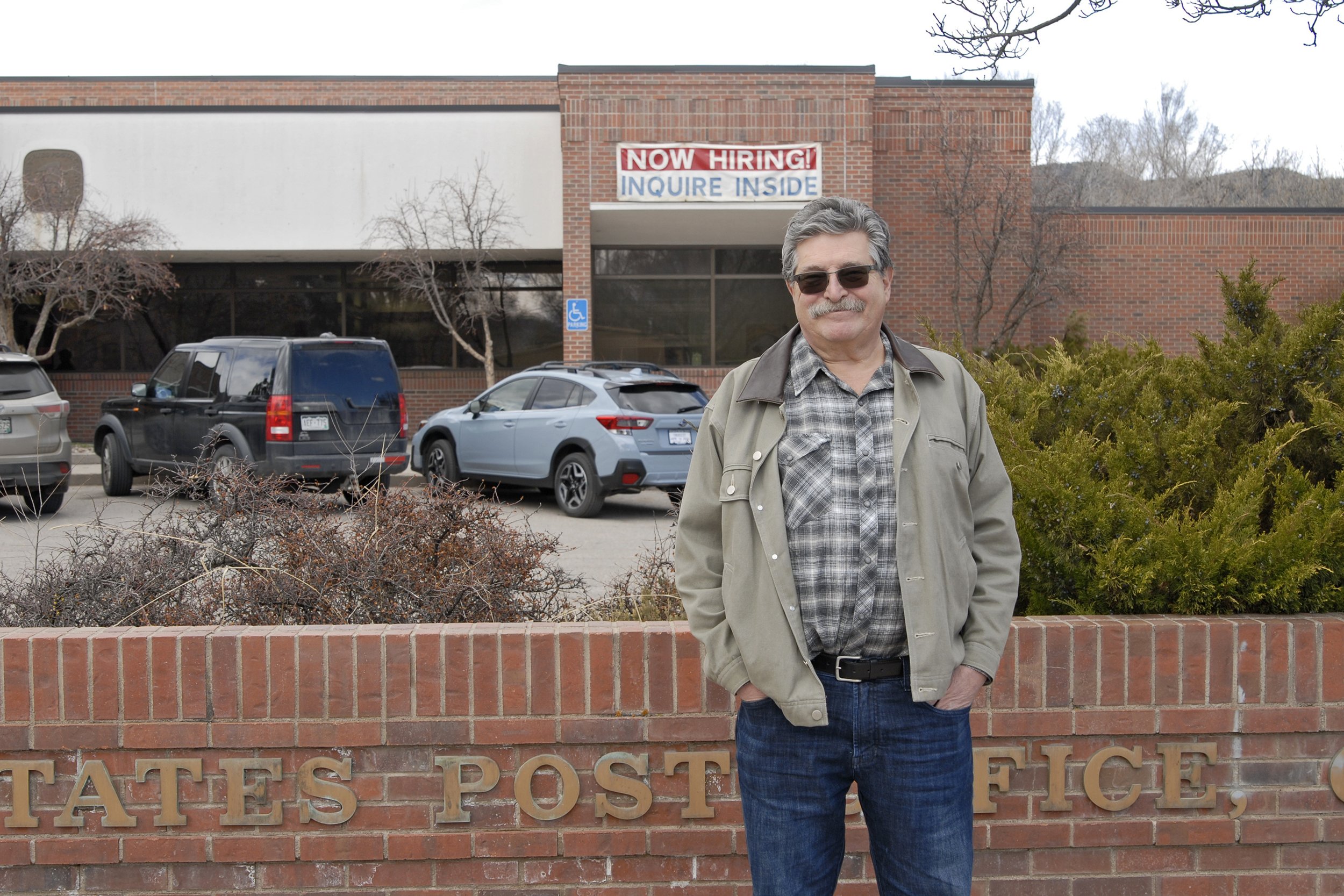 The little package of candy may still be on the counter at the Carbondale Post Office, and the music might still be playing on the boom box donated by KDNK, but Marty Silverstein won’t be there.

Silverstein, who has worked at the post office in Carbondale for about a decade and is finishing his first term as a trustee on the town board, had been planning for months to retire on March 31.

But he decided to leave a bit early due to the ongoing Novel Coronavirus pandemic, and the fact that he has health issues that put him in a high-risk category, so last week he bid his final adieu to the career he began at the Aspen and Snowmass Village post offices in 1994 before transferring to Carbondale.

“I jumped at the opportunity,” Silverstein said of the move, though he added that he had enjoyed the work at the up-valley facilities, particularly in Snowmass Village.

Working mostly as a clerk in the Carbondale facility (with occasional stints as a mail carrier when needed), he settled into a routine of establishing himself as one of the more popular local postal workers, volunteering for local organizations and, in 2015, making a successful bid for a seat on the town board.

Silverstein, 68, grew up in the Bronx, a borough in the City of New York, and attended college at the Bronx Community College, the start of a peripatetic college career that took him to Defiance College in Defiance, Ohio for a BS in political science with a minor in business administration; then back to New York for course work at NYU that earned him a certificate in IBM programming and systems analysis in 1972 and jobs in computers for about 17 years, until 1989.

But after his then-wife passed away from an illness, he said, “I needed a change of scenery, so I moved here and started over,” explaining that he first moved to Aspen to join a cousin who had moved to the Valley earlier.

Working various jobs in the Aspen area, he lived in different locations and ultimately bought a house in Basalt. In 1994 he passed a test for employment with the Post Office and started working in Aspen and Snowmass Village, either as a mail carrier or a clerk in the facilities.

It was during that time that he met and married his current wife, Kathy Webb, who had her own property management business and whom he hired to do the maintenance chores on his house.

“She discovered we had a mutual love of hockey,” he said, and borrowed some videos he had of “the greatest hockey fights ever, and she loved that.”

Though he admitted being “a little shy of marriage” after losing his first wife, before long they married and he soon sold his house in Basalt, moving into Kathy’s home in Carbondale, where they still live, and transferring to the Carbondale Post Office.

He gradually became known as one of the most helpful and friendly postal employees, a trait that led him to initiate the practice of having a container of candy on the counter after a young girl, recently arrived from Florida, asked him one day, “Where’s the candy?”

He also was instrumental in getting KDNK to donate a boom box to provide music for patrons’ enjoyment, after the one that had served the facility for years broke down.

Getting involved in Carbondale’s volunteer culture, including work for the KDNK radio station and service on the Carbondale Parks & Rec Commission, he said he started thinking he ought to run for the town board.

“I decided to do it, because I’m a masochist,” he said with a laugh. “I’d thought about running twice before I actually did run, because it seemed like a lot to take on.” But in  2016 he decided to take the chance and he won [for more on Silverstein’s personal history, see the June 28, 2017 Sopris Sun).

This year, Silverstein is one of three incumbents running unopposed for re-election, and he believes he still can make a positive contribution to the town’s future.

“I can’t change Carbondale to stay static forever. It’d be nice if we could,” he mused, remarking that the trustee’s duties are “hard, because you have to learn that you’re not going to make everyone happy. But I think we have a very good board.”

Noting that the different trustees occasionally “disagree, respectfully,” he said most of the board’s votes are unanimous because, “for the most part, we try to reach a consensus.”

One example of a lengthy, sometimes heated area of disagreement, he said, was the decision to set up a single trash-hauling company in town, rather than the hodgepodge of companies that had existed.

“I had some real issues with that,” he recalled, but was ultimately won over by the environmental benefits the change represented — fewer trucks on the streets, lower costs for most users immediately, and a sense that it would contribute to an overall ethic allowing “everybody to stop the destruction of Mother Earth.”

Silverstein still contributes to various nonprofits, such as LiftUp, which provides food and other assistance to the valley’s needier residents; CARE, the region’s pet adoption agency; Senior Matters, which offers activities for local senior citizens, and Cowboy Up, an annual fundraising concert in the Fourth Street Plaza performance space.

He also works with longtime local Steve Standiford to put together the annual Summer Music In the Park series of concerts, with some financial help from the town government. Standiford does the booking of acts, and Marty acts as Master of Ceremonies at the shows, introducing acts and asking for donations from the audience.

As for the future, Silverstein said, “Maybe I’ll slow down to three-quarter speed, instead of full speed,” maintaining his volunteer activities and working to achieve some of the town’s long-term goals, such as figuring out how to improve and expand the town’s swimming pool.

Whatever he ends up doing, he said, he and Kathy are not going anywhere.

“We consider Carbondale our home,” he declared. “And we’re going to stay here.”