If the City Market aisles could talk 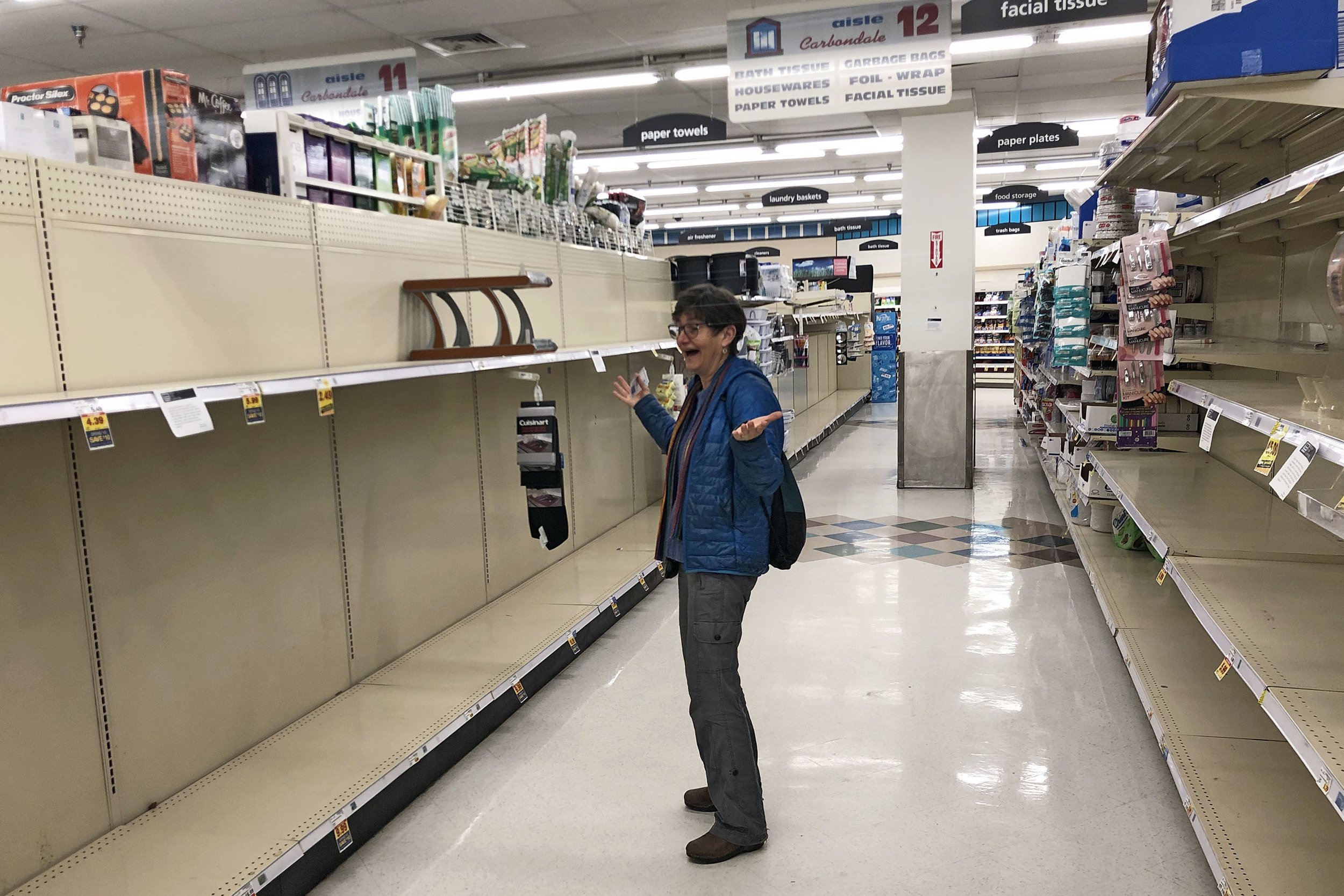 The Ides of March, 2020, will be a date long remembered in Carbondale lore.  After that fateful day, the town would never be the same.

Monday, March 9: the Aspen Times reports that 13 Australians were in state-ordered isolation in Aspen after being exposed and showing symptoms.

Sunday, March 15: The Ides of March. Carbondale was surrounded by Colorado’s first outbreak of the deadly virus. The virus had found one of the most protected, remote places in America — far from the madding crowd — or so we thought. The stage was set.

Before dawn, some 50 or more Carbondale residents gathered outside the only grocery store in town. To the east and west were other grocers, located some 15 miles away.  But up the long Crystal River Valley, 28 miles to the tiny town of Marble, hundreds of locals rely on the Carbondale City Market to survive.

The store was supposed to open at 6 a.m. as usual, but management bumped the opening time back an hour. The week had been turbulent, and across the country, everybody was cutting back. Outside, the locals, unaware of the change until seeing a sign posted on the big glass doors, had been standing in the chilly dark for an hour.  Some were getting grumpy.

Inside, the Sunday openers were worried. They heard clamoring outside, and, just as the seventh hour struck, they heard banging on the glass to open up.  All they could see outside was a sea of faces.

The on-duty manager quickly grabbed the biggest staffer there — a mature, polished, valley kid who graduated from Roaring Fork High – studying criminology in college – to open the big glass doors – to slow the incoming tide.

He and several other City Market employees later described the ensuing half-hour that morning as, “chaotic, “crazy,” and “pure bedlam.“

The same young man later showed a video of the first moments after the doors were opened, with a handful of people running into the store, and then, a fairly orderly wave of people swept into sight pushing carts.

It was a Ducky Derby.  With shopping carts. Apparently, more than 100 people entered the store at 7 a.m. or soon thereafter on Sunday morning, before the crack of dawn.

However, whether it was over toilet paper, paper towels, or sani-wipes we may never know — it was resolved quickly.  Two City Market staff members confirmed the unfortunate incident. Although unconfirmed, it was also reported that one man was called out — for taking too many supplies — by another man, and some shoves and grabbing occurred.

The next day, the unrest sparked by the event – and the reaction of those needing immediate or excessive supplies — was revealed.  Many shelves in the store stood bare.

But just as things emptied during the day and night, City Market elves were busy restocking items, and each day, by mid-morning only a few, sporadic shortages were seen.

But also — for the first time in the store’s history — many short-term shortages occurred.  Paper towels, toilet paper, sani-wipes, sanitize cleaners, have been low or sold out consistently.

The first important staples to disappear were eggs, bread, chicken, bottled water, rice, sugar and flour. Pasta sauces have been limited for the past week.

But all agree, things have settled down at the friendly neighborhood grocer.  And most staple items have returned to the shelves

Ironically, the return to calm was predicted and explained by City Market from the start. “Trucks are coming every day, our supply chain is intact, we have more food coming in soon.”

Meanwhile, other things tightened up more. Carbondale’s restaurants, bars and coffee shops went to carry-out only.  Residents were ordered to stand six feet apart. The Town declared a state of emergency. All meetings — of any size — were curtailed, and, by the end of the week, the governor had imposed a “stay home” lockdown – necessary travel only.

Senior hour was introduced, between 7 and 8 a.m. Monday, Wednesday and Friday, and by week’s end the store was limiting occupancy to 50 people inside at a time.

On March 16, the day after the micro-burst, City Market staff were still shaking their heads and chuckling.  So “un-Carbondale.” But some shelves were still empty.

People around town were mobilizing.

On St. Patrick’s Day, I made three Facebook posts to update inventory — one exclaiming that eggs and bananas were back after a three-day hiatus — which attracted 200 likes and 82 comments.   Buoyed by a comment that I was performing “a community service,” I continued daily inspections of the contents of the primary food supplier for Carbondale’s 7,000 residents.

Now, some two weeks later, the daily “updates” include a list of some 40 items and a dozen pics and have been liked by more than 1,235 people and received 580 comments.

This hybrid effort – providing food inventory and information — will be obsolete, maybe tomorrow, with an app that will tell you exactly what is at any store at any time, at any location at the touch of a button.

Hoarding: “For all of the people buying all of the toilet paper you are accomplishing nothing but doing a real good job of pissing us off!  If you had stuck to what you normally do this would not be a problem!” – Keith Olson

The need for masks:  “I lived in Japan for two years and in Asian culture, wearing a mask, when you are sick, is a sense of duty for themselves and their family.” – Lynn Kirchner

The updates themselves: “They bring a sense of calm to know that the shelves are not empty and people do not need to rush out or hoard stuff,” — Trina Ortega

“I think this has helped a lot of people from doing random grocery visits to get our lists fulfilled,” — Erin Hillman
“I do not think anybody should be going to the store unless they absolutely have to,” — Katrina Byars

“Ideally, City Market staff should do this task,” — Sloan Shoemaker

Biggest thanks: “…to the C’dale CM employees… so many have been there for so long, and are even pleasant in these times. You rock folks,”  – Susan Darrow.

Coping tip: “The challenge now is to shift your mindset, and get your body to relax. The brain is very helpful in boosting your immune system.” – Lynn Kirchner.

Overall lessons: (1) Personal, daily hygiene — wash your hands, (2) stay out of the public domain if you can — you could be a carrier and (3) get the facts.