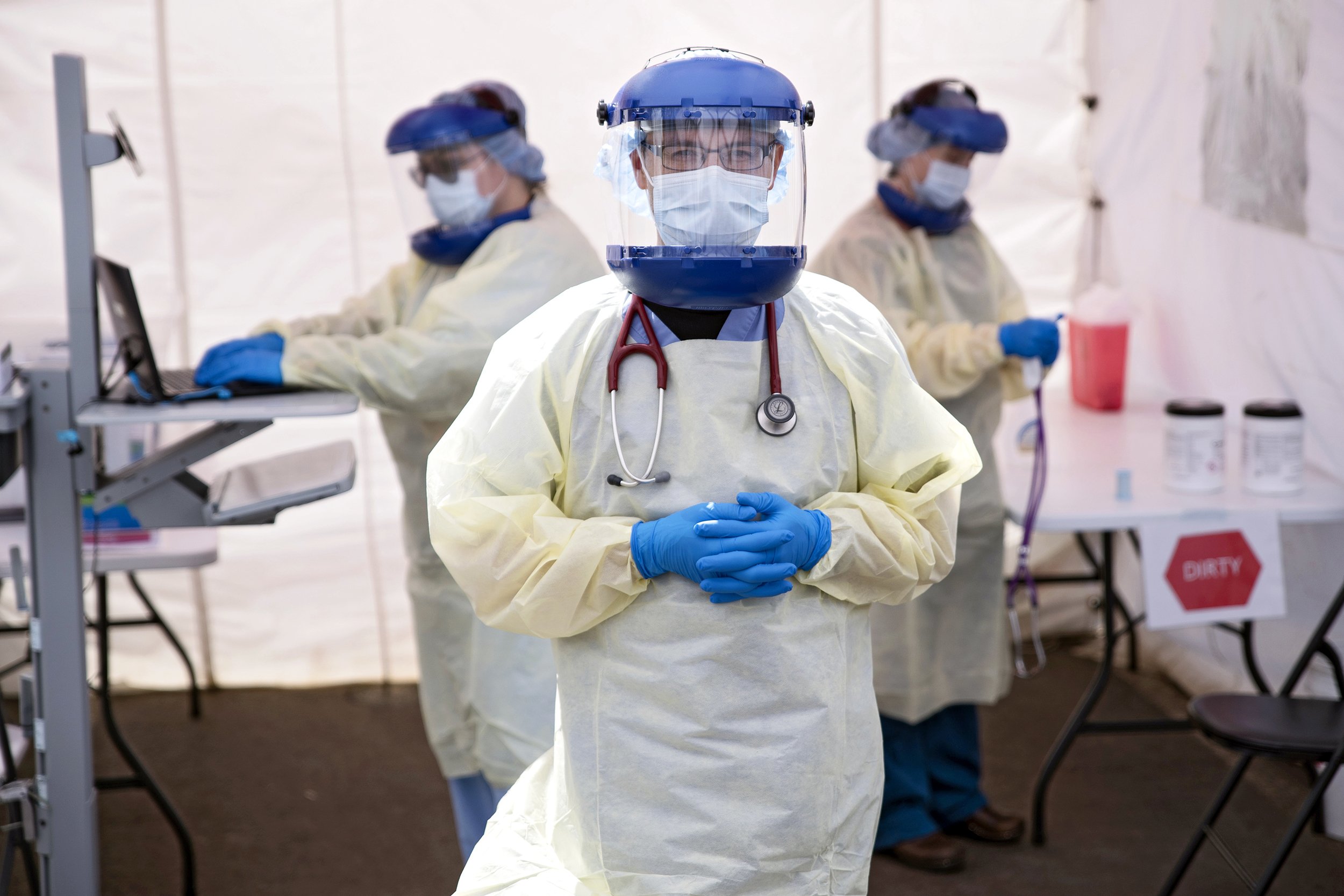 Dr. Chad Knaus wrapped up his tour of critical access hospitals and disaster zones and rejoined his Roaring Fork Family Practice just in time to apply some of those same skills right here in Carbondale.

“I had about three weeks of getting back into the rhythm before we had sort of had to shift how we think about providing care on an individual, clinic, hospital and general public health basis,” he said. “It’s a disaster, and we’ve been trying to respond in a similar fashion. It’s a terrifying and fascinating thing to be doing that in your own hometown.”

There are, of course, differences. There’s no physical devastation, although Knaus has seen some of the same human responses under such circumstances. And while he also doesn’t have somewhere safe and unaffected to supply backup, he’s surrounded by colleagues — including his father, Gary, a fixture at the clinic for decades — instead of being out on his own.

“What I’ve really enjoyed is the collegiality and everyone pitching in to provide what’s needed under really challenging circumstances,” he said.

He praised the leadership and support provided by Valley View Hospital, which runs the practice.

“I think they’re doing a fantastic job with planning,” he said. “It’s super complex and there’s thousands of moving parts, and I’ve been super impressed.”

Roaring Fork Family Practice is asking patients to call ahead (963-3350) so they the right treatment approach can be found for their circumstances, Practice Director Hilary Drummond explained.

Non-essential visits, like adult wellness checkups, have simply been postponed. Many mental health appointments are being handled via telemedicine, and the tool is also useful for following up or vetting symptoms before making an in-person appointment.

“We wanted to do this anyway, it just made us make it a priority sooner,” Drummond noted.

Folks with acute injuries, abdominal pain or the like, meanwhile, will have a fairly normal experience, although they’ll be greeted by a locked door and asked to call in and wait outside to allow for social distancing. The practice is also working on limiting the number of on-site staff.

“We’ve had such a great open door policy, and we’ve had to close that down,” Drummond observed. “It’s all to protect the patient and our staff.”

Perhaps the most dramatic level of protection is the tent set up outside for respiratory cases. While the setting and protective gear worn by the doctors might seem alarming, Drummond feels coverage of the national situation has helped prepared people.

“The community has been great,” she said. “They understand and have been thankful for the changes that we’ve made.”

There were quite a few requests for testing early on, she added, but that isn’t something the clinic can offer currently. Similarly, while the doctors have the personal protective gear they need for now, they’re certainly not in a position to give out masks.

“All that stuff is being tracked to make sure we have what we need,” Drummond said. “There’s always concern that if we see a big surge we won’t have enough of that stuff.”
In the meantime, Knaus and his colleagues are committed to continuing to care for the community.