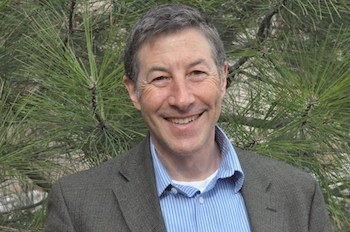 On March 18, Governor Polis signed an executive order suspending in-person learning in all schools starting March 23, and administrators of the Roaring Fork Schools found themselves in uncharted territories, trying to figure out how to provide instruction without classrooms, serve school lunches without lunchrooms, and respond to a host of employees, such as custodians, whose regular responsibilities have ceased to be needed.

The Colorado Association of School Boards recommended that school boards across the state pass a resolution granting temporary emergency powers to their superintendent, allowing actions without school board approval in order to respond quickly to the evolving crisis. The school district called a special video-meeting on March 25 which included a vote on this resolution.

The temporary powers listed in the resolution included allowing the superintendent to adjust the curriculum, modify the school calendar, change employee work schedules and assignments, limit access to school properties, and enter into contracts to purchase necessary materials related to the COVID-19 situation.

The idea of granting the superintendent sole decision-making power in some of these areas struck a nerve with many parents and teachers, as evidenced by a slew of emails and phone calls that school board members reportedly received.

Communications to board members included fears about the possibility of the superintendent making unilateral decisions such as extending the school-year through the summer, preventing teachers from accessing their employee housing, reducing teacher pay, and requiring teachers to work regular school hours during this time that their school-age children are also at home.

Numerous parents and teachers provided public comment at the virtual school board meeting questioning whether it was truly necessary or prudent to grant these special powers to the superintendent.

As parent Amy Connerton stated, “If we can meet now in this way, through this electronic means, I see no reason to hand over emergency powers to Dr. Stein at this time.”

Other than decisions directly related to “emergency health and wellness,” Connerton said, board oversight is essential. “We need different voices…checks and balances.”

Similarly, teacher Megan Talbott suggested that there be “some mechanism for gathering input on upcoming decisions that would be given to Rob Stein to make.”

Board member Jasmin Ramirez agreed that “there are valid concerns.” However, she explained, she supported the resolution since it is only designed to be used for emergency decisions and it is set to expire in mid-April.

Board member Jennifer Scherer relayed her concerns about what she called “the mistruths and speculations (being) thrown around.” As she told The Sopris Sun after the meeting, there was “a frenzy of thinking that summer was going to be taken away,” among other fears. At a time like this, she said, “we need to work together…and not feed the paranoia about things that are not going to happen.”

“I understand the concern that comes with far-reaching power,” Scherer said, “but we need to start from the assumption that people’s intentions are good.”

Superintendent Rob Stein reiterated the examples listed on the meeting agenda regarding the “powers that will likely be utilized during the crisis,” including: providing meals to children without complying with food distribution guidelines; providing teachers with some days of professional development and planning time in lieu of direct student contact; and continuing payroll and benefits for staff who have not logged the required hours.

“I appreciate that people have strong confidence in our elected board and a desire to keep those checks in place,” Stein said. “I understand the concern about things like the calendar, and we have no plans for changing the calendar.. .but we already have cancelled five days of instruction, and we’ll continue to make those kinds of decisions with or without this resolution.”

Stein recommended making some amendments to the proposed resolution, including: a stipulation that the district will not change the end or start date of the approved school calendar without board approval; allowing a simple majority vote of the board to rescind the superintendent’s temporary emergency powers, rather than the recommended two-thirds vote; and putting a cap on the amount of any contracts related to health and safety materials or services that the superintendent can enter into without board approval. Chief Financial Officer and Assistant Superintendent Shannon Pelland suggested a limit of $100,000 total for such contracts.

The board unanimously passed the resolution with the suggested amendments. At the April 22 school board meeting, board members will vote on whether or not to extend the temporary emergency powers resolution beyond that date.