The new way the ball bounces 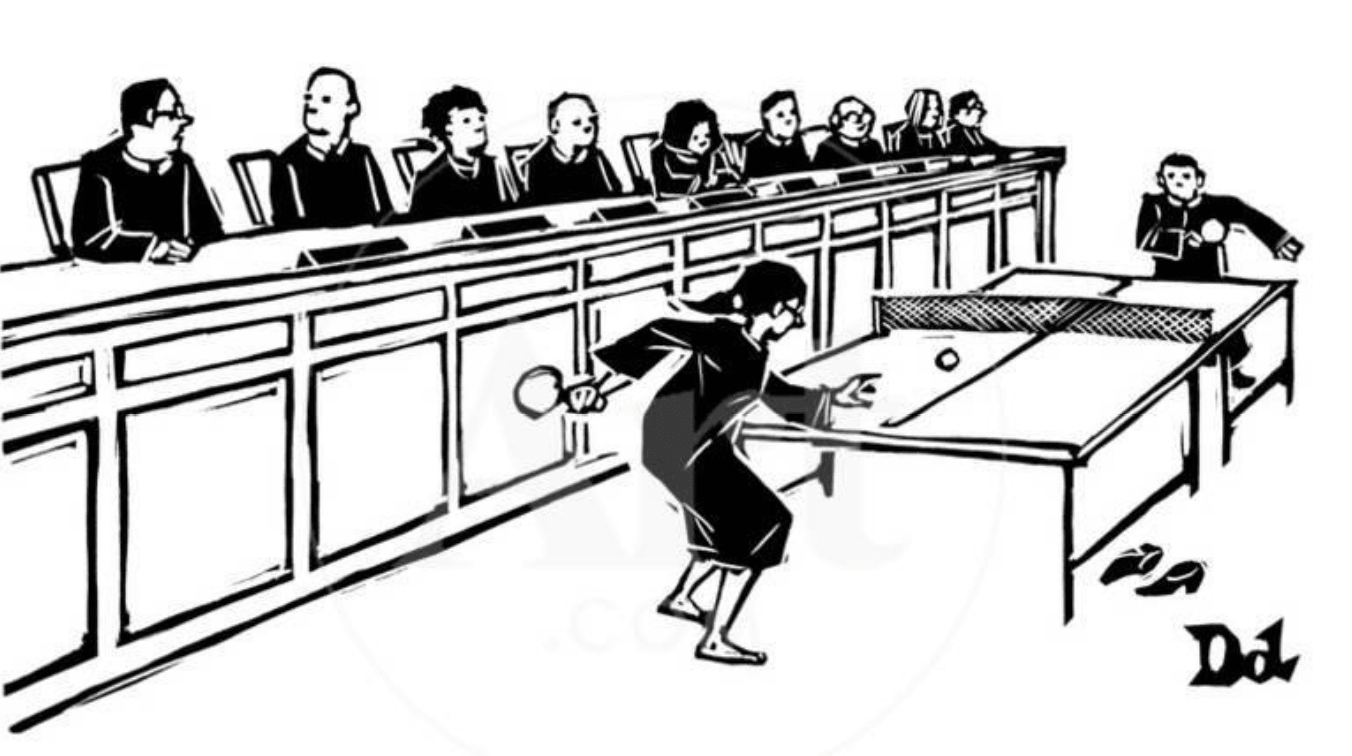 To limit crowded jury boxes, District Attorney JoJo Careless has instituted a verdict by ping pong policy pitting plaintiff and defendant attorneys against each other in a winner take all game.

“And besides,” said Careless, “Long jury deliberations cut into our time on the golf course.”

One case in question involves a suit by plaintiff Nobody Nose against defendant Kat Tastrophy to get Tastrophy to remove the orange paint used on the curb in front of his home.

Said Tastropy, “These are my parking places. I want to let people know they can’t park here without permission.”

But Nose countered “I need a space for visitors.”

It should be noted that Bonedale allows orange cones instead.

“But,” said Tastrophy, “Cones can be moved!”

The game is slated for Monday in the playroom hidden in the basement of the courthouse recently moved to Cottonwood Pass, which will be opened specifically for the match.

Defense attorney Nose Best proclaimed, “I am the greatest player in the world. This will be a piece of cake.”

But plaintiff attorney Itall disputes this claim, saying he won the 2019  global championship in Antarctica and will “demolish” Best.

Irregardless, the match will be played with custom paddles, each adorned with the Colorado Judicial seal. Experts are examining the paddles to make sure they’re not under or over deflated.

The stakes are high, as the winning side will have to buy ice cream for the losers.

“Maybe we can negotiate this penalty,” said Careless, “And settle on fat free sherbet instead.”

Meanwhile, the pass will be closed immediately after the game. The losing side will also be required to install orange cones at the closure point.