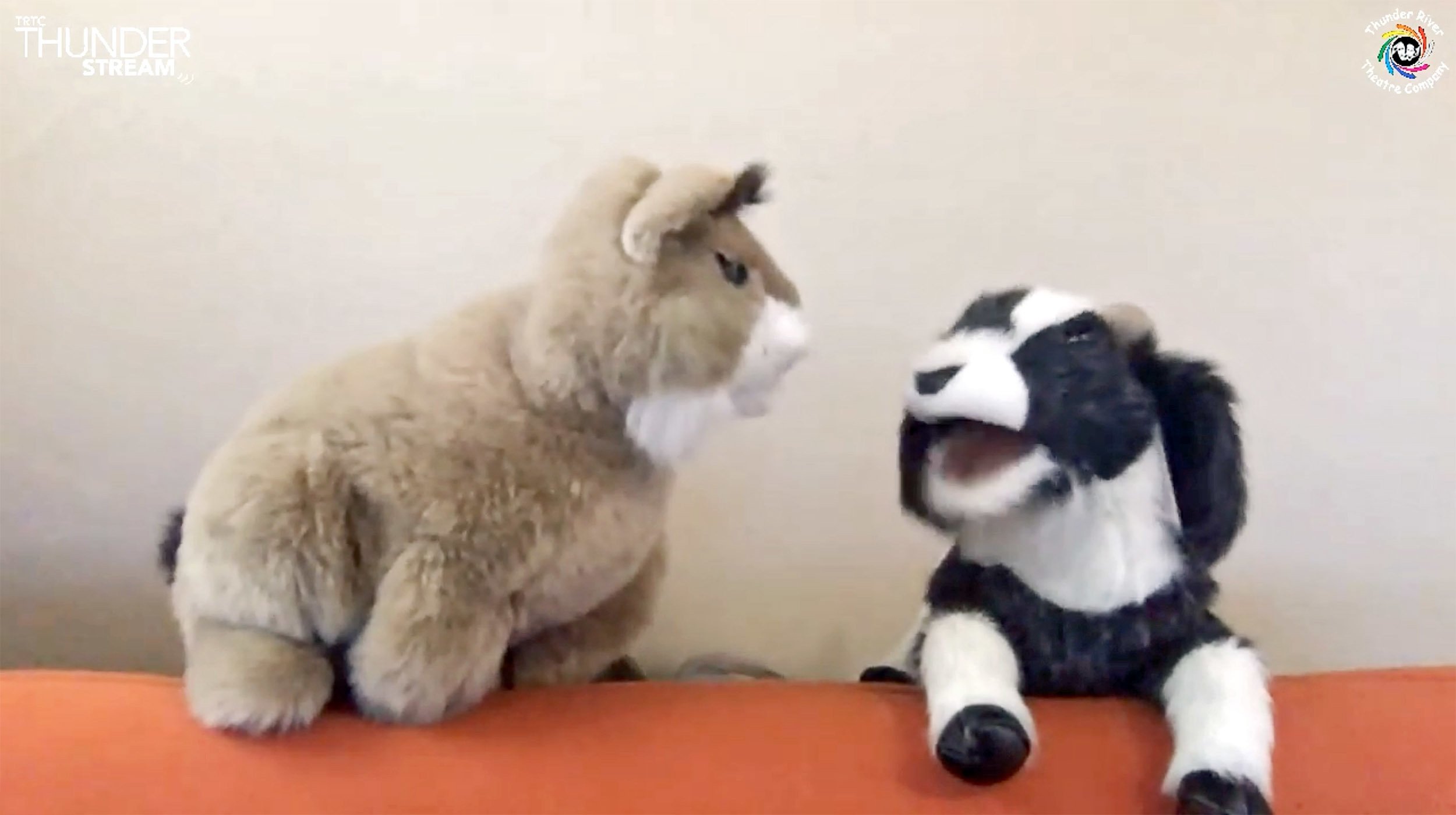 Yes, you can still go to the theatre, but not quite in the format you’re used to. Bonedale is now primarily a virtual world as the COVID-19 crisis continues.

Having in-home internet access solves a number of entertainment problems, but not all. For theatre goers, online streaming and brand-new performances can be quite satisfying.

TRTC
The theatre’s highlighted May event is ExtravaGala!, a Virtual Variety Show to help support TRTC through its upcoming 25th year. The event will be live streamed at 7 p.m. Thursday, May 7 through ThunderStream, TRTC’s free online entertainment channel.

Corey Simpson, TRTC executive artistic director, explained, “Within just a few weeks of the COVID situation becoming a concern we had transferred our programming online and made it accessible for free to anyone with internet access.”

Performing artist Board of Directors member Mike Monroney described his participation in the event as “spoonerisms.”  Wikipedia characterized this as errors in speech in which corresponding consonants or vowels are switched between two words in a phrase..

For example, Monroney said, “Took a photo being changed to fook a toto.”

Monroney, a member of the Crystal Palace performing group, noted he included spoonerisms in those shows.

Monroney noted that many people from out of the area watch TRTC’s entertainment, which recently included ‘Literature Out Loud ” This joint project with the Pitkin County Library included Jeannie Walla and Janice Estey discussing the wit and wisdom of Nora Ephron from her literary gems.

Other gala performances will include Consensual Improv! comedy troupe, cabaret singers, musicians and other family-friendly acts.

SoL
SoL is joining with KDNK Community Radio to broadcast a pre-recorded audio performance of “The Little Prince,” at 4 p.m. Friday, April 24. SoL Executive Director Jennifer Johnson noted the goals of the eight-year-old organization include “Building a healthy community and nurturing our youth to their greatest potential through the performing arts.”
In 2015, Jennifer wrote, directed and produced the original musical The Giving Tree, based on the Shel Silverstein story of the same name, with Carbondale recording artist Matt Haslett.

“We want to help children develop confidence,” she added and explained that SoL works with children and young adults ages six to 19 to provide new levels of competence, self-esteem and confidence. SoL offers year-round classes plus a mid-June acting camp.

“The Little Prince” follows a young prince who visits various planets in space, including Earth, and addresses themes of loneliness, friendship, love and loss.
Of the nearly dozen characters in the performance, two are the 11-year-old Stryker twins, Atreya playing the Prince, and Asha playing the Snake.

When asked, the twins’ mother Gina enthusiastically said about the organization, “SoL helps kids find friends who are close to their interests, especially artistic and quirky children.”

“My kids are really enjoying the freedom to create what they want to create,” Stryker said, “They love the opportunity to express themselves.”.

The children attend Carbondale Community School, and, Stryker said, they were devastated when their school closed in March.. But, now, she added, they are so excited about the SoL program.

Asha enthusiastically exclaimed, “I like playing the snake. It is mysterious, casts spells, and is big and green and brown.”

Artreya enjoyed playing the adventurous Prince, and said, “I feel like I have a good group of friends” with SoL. Both children have participated in other SoL productions including “The Little Mermaid” and “Cirque de Sopris.”