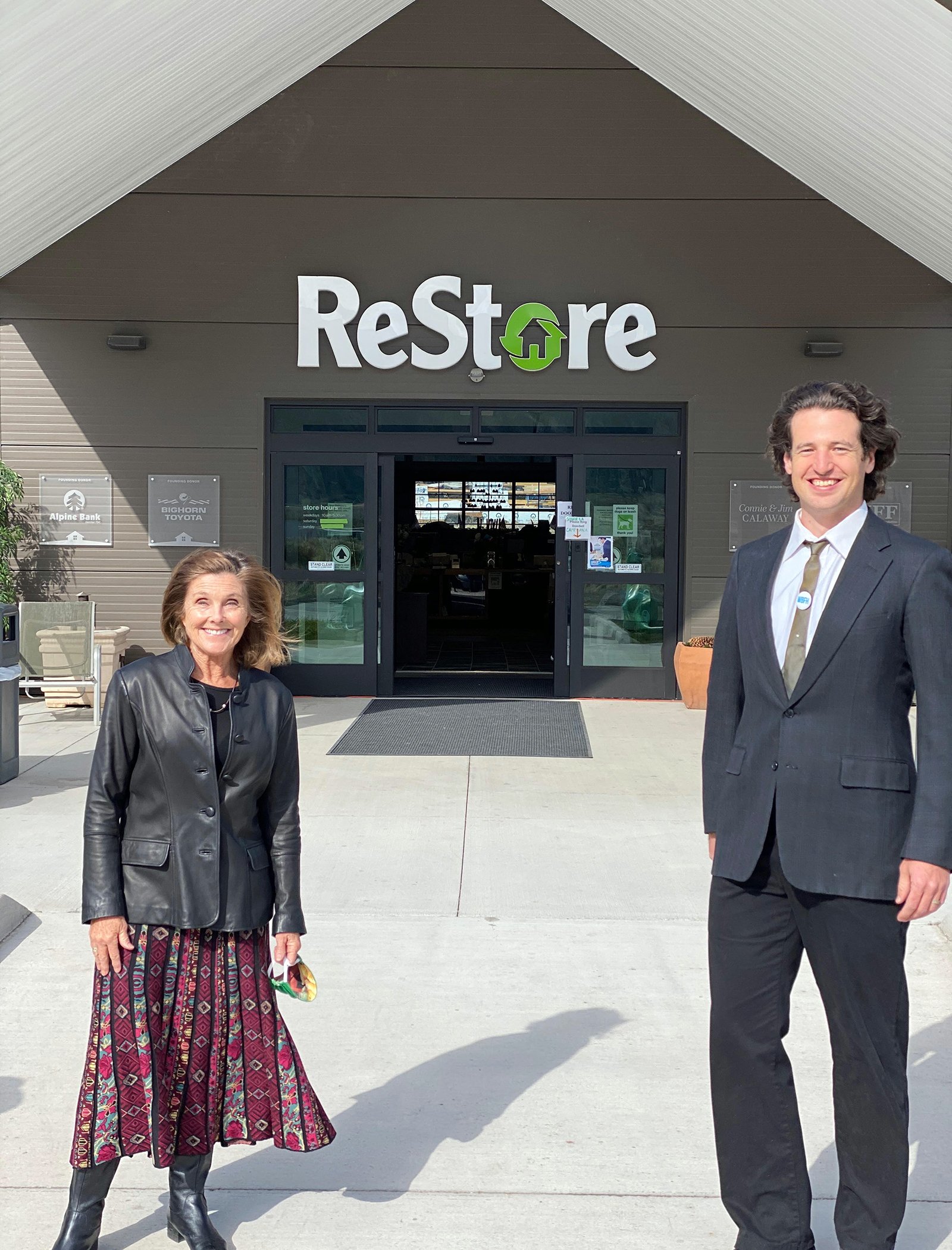 Habitat for Humanity Roaring Fork has a new captain at the helm who means to maintain the nonprofit’s momentum while navigating the uncharted waters of today.

Gail Schwartz joined Habitat’s board of directors roughly eight months ago and shortly thereafter assumed the role as its chair. Not too long after that her predecessor, Scott Gilbert, transitioned out of his job and Schwartz became the interim president  for about a month before moving into the position permanently.

Schwartz has lived in the valley since the early seventies and began her career in resort planning with Sno-Engineering Co. Upon delving into the realm of community planning and development, she discovered a passion: to help provide the community with affordable housing. After leaving the private sector Schwartz took on leadership positions for the Aspen Pitkin County Housing Authority (APCHA) where over a four year period she “helped bring on line 800 units of affordable housing.” Schwartz recalls that, “That was a really important step to putting a foundation under the codes, policies and funding mechanisms for affordable housing in Aspen and Pitkin County.”

Schwartz gained an “Understanding from community design work that you must have a stable workforce…to function long term as a balanced community.” Therefore, “making sure that you have an insulated stock of housing that people can afford and live in, because of all the pressure on the housing market, is critical to the long term viability of a community.”

After several years of volunteer work with numerous nonprofits and public institutions Schwartz was appointed, under Governor Romer, as a commissioner of higher education. Consecutively she was elected to the University of Colorado Board of Regents and served in that role for six years.

In 2007, Schwartz ran for the Colorado State Senate and ended up serving two terms for SD5 — which was later redistricted, but at the time was “basically from Aspen to New Mexico,” consisting of 15 counties. During her eight years as a state senator, Schwartz served as chair of agriculture, natural resources and energy.

In the wake of COVID 19, Habitat was forced to  halt construction at it’s housing site, Basalt Vista, next to Basalt High school as well as close The ReStore to the public. The setback inspired Schwartz and her team to get creative because stopping altogether just was not an option.

“We put our heads together,” Schwartz explains, “and have over the last month put all of our inventory online and created a virtual ReStore for people to continue to shop with us.” Habitat is offering pick-up or delivery services for purchased items.

The virtual platform gives Habitat the ability to continue to engage. Schwartz and the rest of the staff want people to know that “our doors may be closed but our hearts remain open.” The Restore will be reopening its doors, with safety procedures in place, on Cinco de Mayo.

Habitat’s organizers had intended to erect solar panels atop completed homes at Basalt Vista for Earth Day — April 22 — but were unable to do so due to the Pitkin County moratorium. Therefore, using their virtual platform the staff hosted a virtual “Shopathon” where they also got to showcase the energy efficient features of the ReStore and discuss their goals for energy efficiency in the future. “The bottom line,” according to Schwartz, was that “We wanted to have a shopathon to engage our buyers, guests and customers with our message around Earth Day.”

The online platform will likely not go away and Schwartz also notes that their online presence is, “Creating more of a national following and people are shopping and we’re shipping items to them.”

The Basalt Vista site next to the Basalt High School is where Habitat is building 27 homes in partnership with the Roaring Fork School District  (RFSD) and Pitkin County. The homes are meant for both RFSD employees and people employed within Pitkin along with their respective families of course. Nine homes will be completed and occupied by June 1.

While the crew had to suspend operations at the site, they continued to build wall and floor panels for the homes at two warehouses within Garfield County. This sort of thinking outside of the box has kept the project on track.  Schwartz states that “We are continuing our mission and supporting our staff in a very safe environment to continue their work.”

Schwartz and the team are vying to resume work at the site shortly and she affirms that they continue to follow all safety requirements regarding COVID-19.

She is grateful to community members and institutions for contributing to Habitat’s mission to “build homes, build hope and build community.” Community support mostly comes in the form of donations of funds or resources, and volunteer work. Schwartz looks forward to the time, when it is deemed safe, that volunteers can be invited back to the site.