A virtual prom and a drive-through graduation 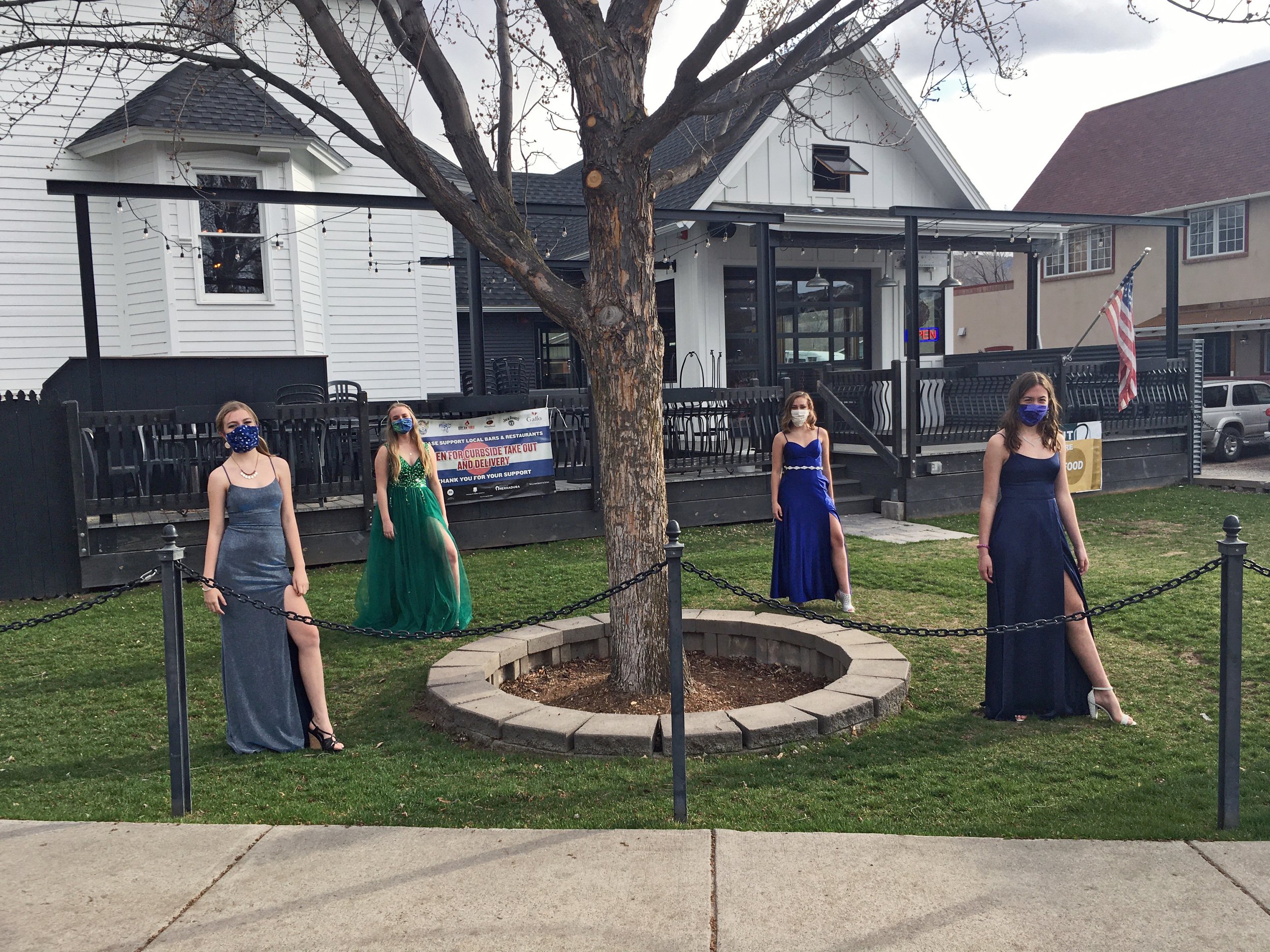 While the class of 2020 will miss many of the hallmarks of senior year, there will be a graduation — albeit in the parking lot.

At a special meeting on May 6, the Roaring Fork School District Board of Education expressed support for the  “pomp and circumstance” committee’s recommendation. The group, composed of representatives from each of the district’s four high schools and captained by Roaring Fork High Vice Principal Zoe Stern, has been convening since March and will continue to meet weekly until the big event at the end of the month.

Superintendent Rob Stein explained, “We want it to be meaningful. We know that these are memories that last a lifetime, so we asked people from the schools themselves that come up with something.”

The district steered away from a one-size fits all approach, according to Stein, but still wanted to make sure, as Glenwood Springs High Principal Paul Freeman put it,  “one school didn’t get flyovers with F-16s and another got a kite.”

The drive-in concept seemed workable in the various jurisdictions involved, with some variation on whether the procession will take place before or after the main ceremony. Regulations are constantly changing however, with Colorado Department of Education recommendations inspiring tweaks to the proposal — face masks with the school logo and no diplomas handed out at the ceremony itself — as recently as May 4.

“This proposal is a result of strong collaboration and community support,” Stern said.

Students will have a chance to get out of their cars to turn their tassels, but are expected to each ride separately with a non-student driver. The committee is working with families which may not have access to a vehicle. Each community’s local radio station will announce the event, with Bridges slated for 6 p.m. on May 29 and Basalt, Glenwood Springs and Roaring Fork at 9, 10 and 10:30 a.m. on May 30, respectively. While most ceremonies will take place in the school parking lot, Glenwood’s will take advantage of the municipal airport’s space.

In the meantime, Alpine Bank and KMTS are putting together a “Virtual Interactive Prom” from 8 to 11 p.m. on May 16. High school students from Aspen to Parachute are invited to set up an online meeting or get together in a small group and tune in — visit kmts.com for more information.

Some events, of course, won’t warrant an alternative treatment. Roaring Fork High senior Daniela Rivera missed some of last year’s end-of-year events due to health issues, and been looking forward to Rams Day when in-person classes were abruptly canceled.

She’s come to terms with it, she said, and noting that two months probably won’t make the difference in those relationships, and expressing more concern for the underclassmen who will be obliged to catch up next year.

“I think people sometimes disregard the feelings of teenagers,” she observed. “There are much bigger problems in the world, but it’s a valid thing to be upset about.”

Folks posting their own graduation pictures on social media certainly doesn’t help, she added — though she does find it funny. In any case, it’s not all about the ceremony.

“At the end of the day, I will be getting a diploma — whether that be drive through or in the mail,” she said.