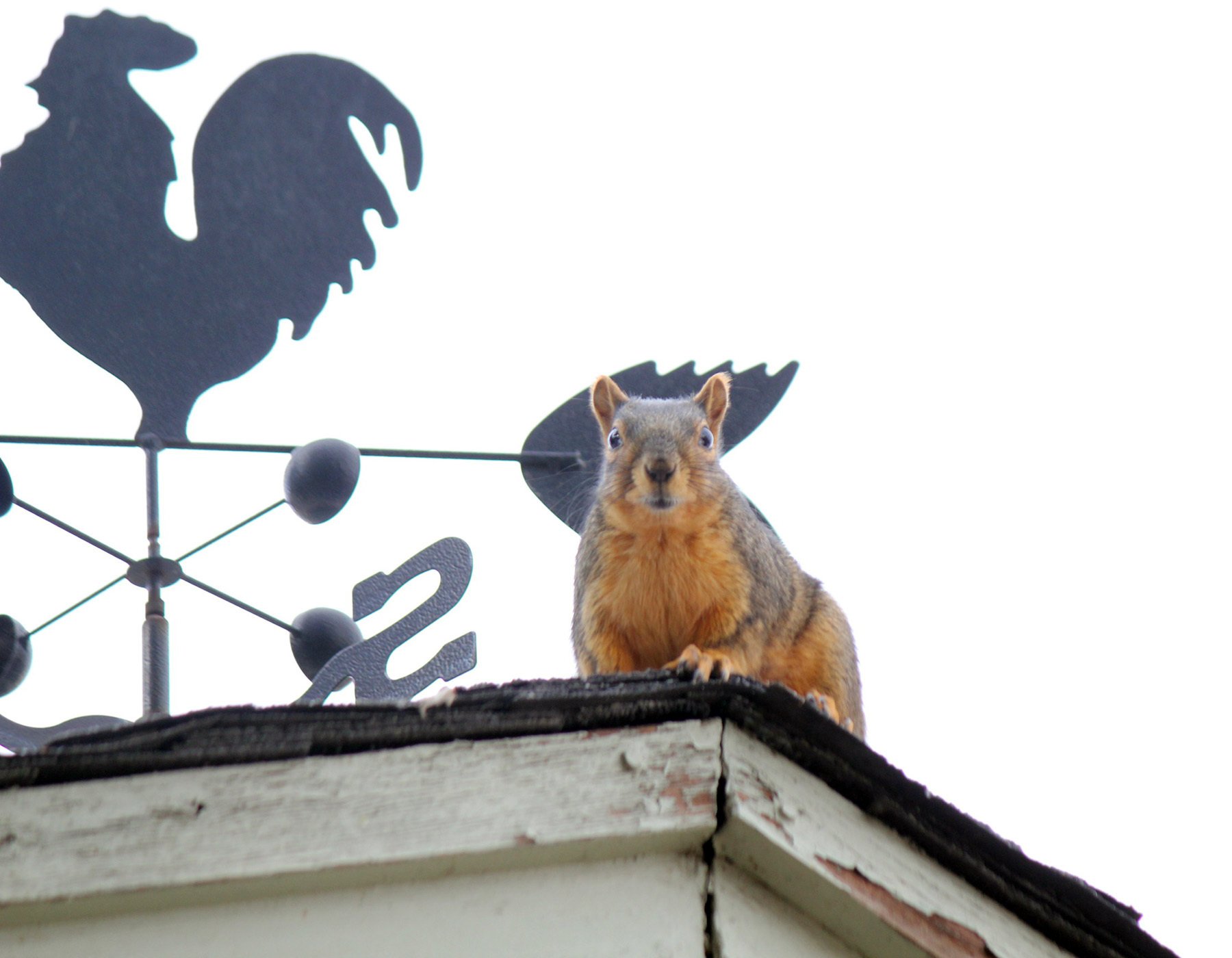 There is a species of tree squirrel within Colorado’s borders that has not always been here. The migrant critter’s latin name is Sciurus Niger but is commonly referred to as the Fox Squirrel.

Forest Service Biologist Phil Nyland describes a familiar scene for Carbondalians of seeing “the fox squirrel at Sopris Park as it scampers on the ground quickly to refuge in one of the many trees present.”

Fox squirrels are one of three types of tree squirrels found in Colorado — along with the Pine and Aberts.

According to Colorado Parks and Wildlife Public Information Officer Randy Hampton, fox and pine squirrels “are common to the [Carbondale] area.” The fox squirrel is quite a bit bigger than the pine squirrel and has been known to bully the latter “For food and territory,” says Hampton, but other than that, “They’re mostly harmless.”

So how did these little ruffians get here? Well, as is the case with most disruptions in the ecosystem, the catalyst was… drumroll: humans. As early as the 1900s people traveling from mid-western cities like Omaha brought members of the fox squirrel family along. They have since thrived in developed areas throughout much of Colorado.

Fox squirrels tend to hang in riparian environments (where there is running water). Irrigation expansion and controlling of floods and wildfires has made parts of Colorado a habitable home for the species. Fox squirrels are not prone to living in dense forests but prefer more sparsely spaced treed areas as is typical in the suburbs.

Urban and suburban enclaves have become favorable living accommodations due to the controlled waterways and planting of deciduous trees. Pleasant little towns like Carbondale are to their liking and it is doubtful they’ll move on as long as we’re here to support their way of life.

While they appreciate their bipedal enablers, the feeling isn’t always mutual. People get frustrated with the fox squirrel for various reasons. It is highly possible the furry creature is the bane of your bird feeder’s existence or the cause of your dog running rampantly back and forth in the yard barking incessantly.

Regardless, if you’re having any sort of social interaction with a squirrel in town, it’s very likely a fox squirrel. Even though they are skittish, like all squirrels, they seem to be more engaged with people compared to their local relatives.

That said, Nyland wants to remind the public that “People should not feed the squirrels” and that “it’s against the law” to do so.

Fox squirrels can live for quite a few years (up to 18 in captivity) but many do not reach adulthood whilst living in the wild. They also do not travel far from where they are born. So it’s not unlikely that you’ll become acquainted with a fox squirrel near your home which could lead to a friendship that lasts their lifetime.

They are omnivorous, and so eat a little bit of whatever they can get their paws on, although a large part of their diet consists of tree seeds. Fox squirrels do not have a great memory so they will stash their tree seeds somewhere and forget later where that was. Their forgetfulness  thus effectively disperses seeds for future growth. While they may be seen as a nuisance they still serve this purpose for the overall ecosystem.

They also serve as an excellent food source for predators. Most females reproduce a litter of two to three offspring twice a year — once in the spring and once again in the summer. This leads to a booming population and an abundant food source for local predators.

Despite lurking predators and some peoples’ contempt for the pesky creature their numbers remain high. Whether you find a friend or want it the heck off your property, these wee rodents are here to stay.