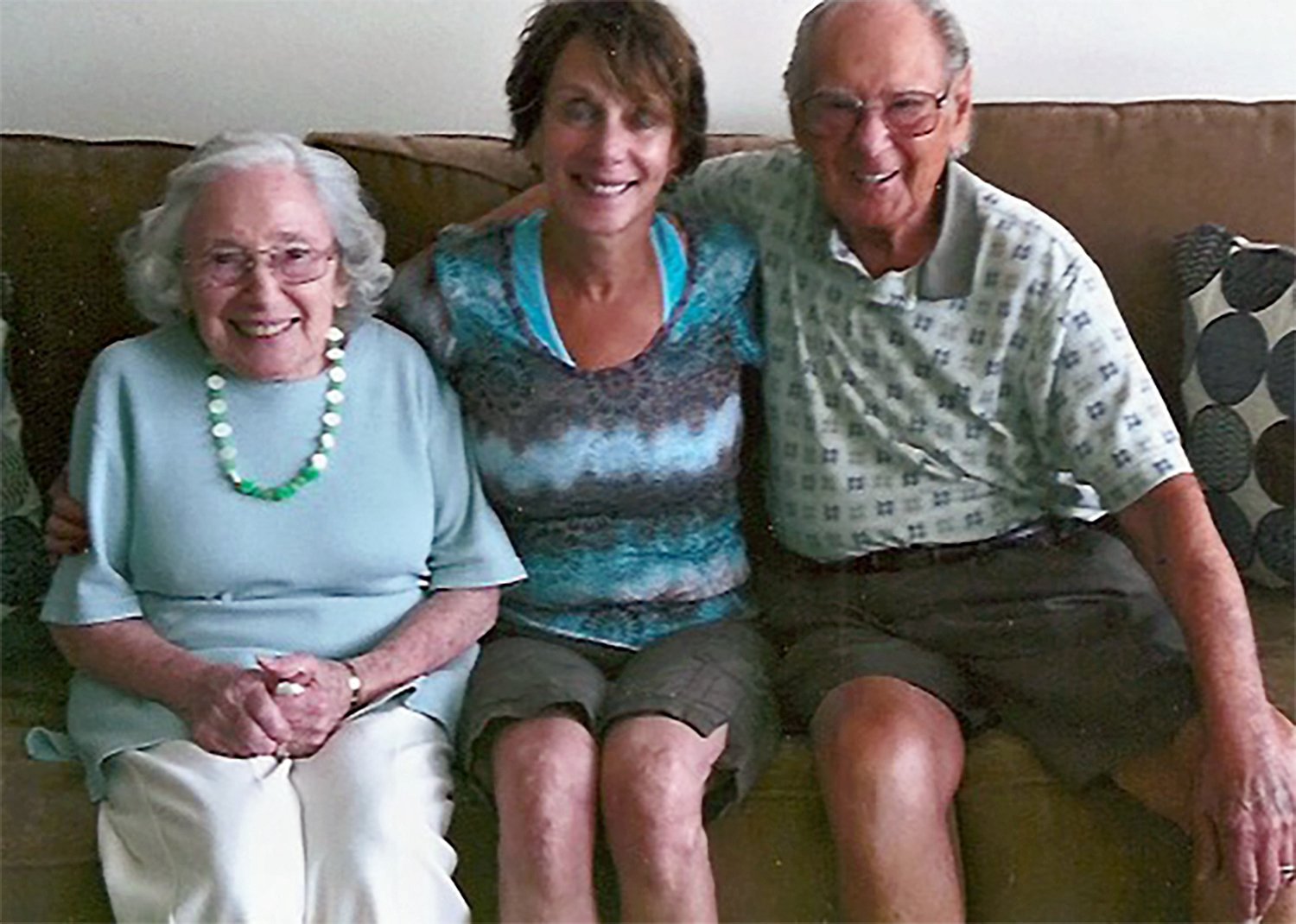 Dr. Morris Ossias is my late mother’s youngest brother born as the Roaring ‘20s was just getting underway, and the Great Depression was a looming unknown out in the misty future.

The year 1920 was full of cultural milestones. The 18th amendment prohibited alcohol and women had just gained the right to vote by the nineteenth amendment. And that’s also when breaking news on radio jumped on the scene as quite  an astounding moment.

Television. What was that? Another major turning point to come.

At 100 years old, Morris is sharp as a tack and physically fit and is still swimming every other day.

I am in awe, just imagining all he’s seen and done. And still today, with his 95-year-old sparkling wife, my aunt Rita, they’re carrying on quite well after 74 years of marital bliss. Well, mostly.
She still calls him “honey,” and he still calls her “babe.”

Morris totally debunks the myth that if you reach the century mark, it will only mean frailty in mind and body. Instead he’s a standard bearer for “live long and prosper.”

Uncle Morris, was the title I was raised to give him. Never just “Morris,” my parents insisted.

He retired as a doctor of optometry after a successful and long practice in Newburgh, located in upstate New York. Morris remains a lifelong liberal Democrat and fought all his life for racial equality, which my dad, a staunch Republican, disliked. So, the air could get quite chilly at family get togethers.

It pained me to have watched the mutual disdain. Morris and Rita are still here; my parents are gone. That’s how life is. Loss and gain.

So I really didn’t get to know Morris until my adult years. Then I began a wonderful journey of discovery. To have firmly kept hold of that connection still amazes as it brings together the past and the present in an unbroken chain of love.

All of my family, both sides, generations back are Romanian but my father’s family is from the cultural heart of the country, the capital Bucharest. That my mother’s family came from Iasi in rural Transylvania didn’t help matters much. As, my father said, they were peasants. As I say to myself, there is no such thing as a “functional” family. Every family experiences being dysfunctional, some more so than others.

My uncle is working on his latest novel, “I’m Home, Mamma,” which takes place in Alaska. My uncle served there during World War II as a weather forecaster. I don’t want to give the plot away, so you’ll have to wait until it’s published later this year. In the past, not surprisingly, he and Rita have collaborated on other books.

Morris Is also a singer of some repute and still performs in local productions. I remember him singing “Sunrise, Sunset,” from “Fiddler on the Roof” 30 years ago at my wedding to my husband Michael. This man of many talents just put together a vocal video presentation for his centennial celebration.

Alas, his big birthday party had to be canceled due to the pandemic. But now we have Zoom, a virtual meeting site, so we can all sing happy birthday as one happy family.

Morris and Rita had five kids, one of whom passed away at a young age from a devastating illness. I used to smile when I saw all of his children wearing glasses, not surprising for an optometrist’s family.

Each child also inherited his vocal gene. I got shivers of joy when I heard any one of or all of them perform, marveling at the gift of singing in perfect kinship. Not long after my cousin Michael died, I was at his youngest sister Amy’s wedding when two of her siblings sang the 1973 song “Desperado” by the Eagles” in his memory. My cousin Cindy wrote down the words so they all could sync. I still have that yellow lined, hand-written piece of paper, which I framed and hung where I can see it daily.

The power of these connections remains strong, and my two children, one of whom lives fairly close to my aunt and uncle in California, stay in touch with them. Having a centenarian uncle makes a huge impact on how I see the world. Not as bits and pieces of memories, but as a long thread that weaves its way through my life even when people you love are not around any more. In a sense, we are all one in this mess we call the world.