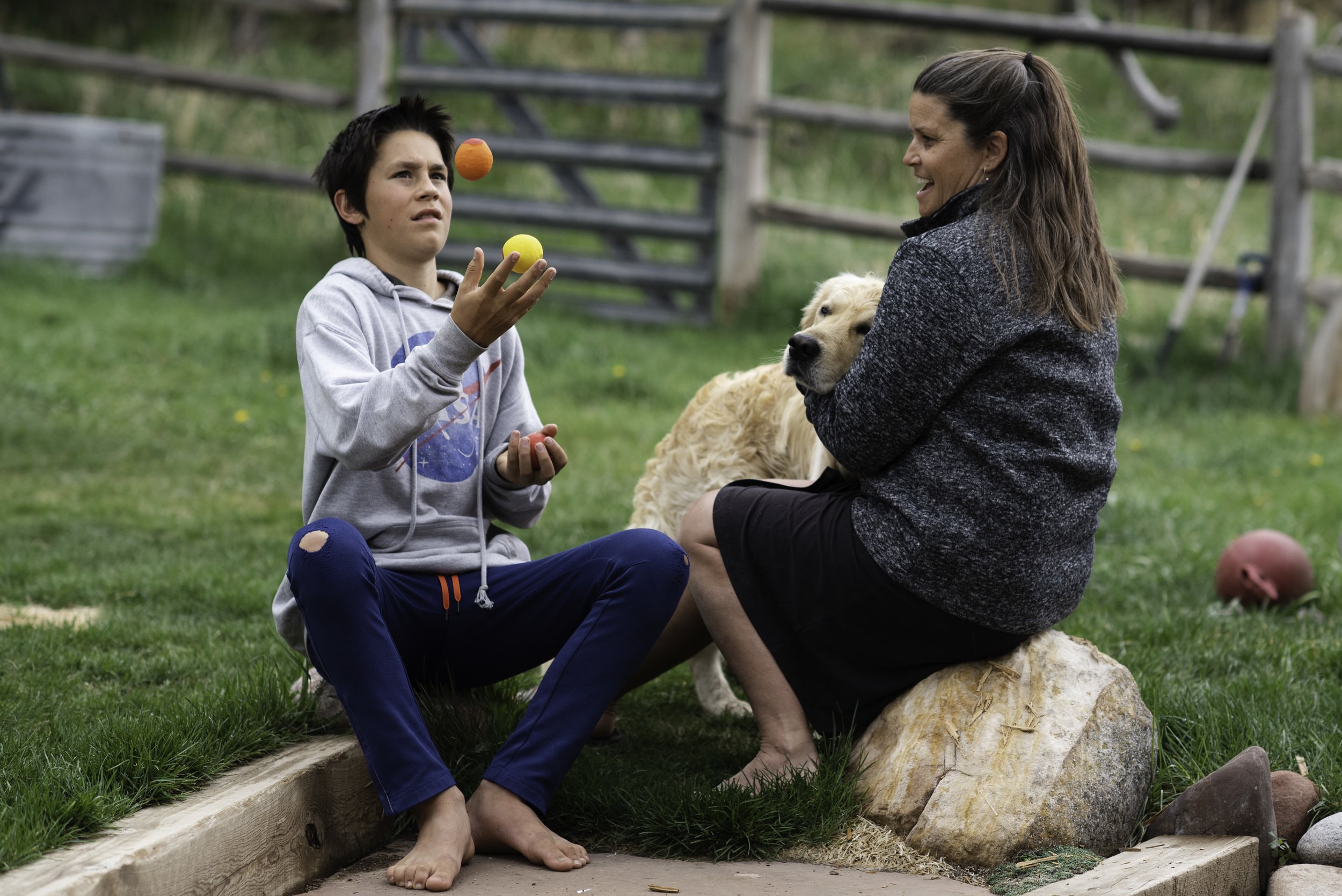 Waldorf School on the Roaring Fork (WSRF) is known for its unconventional hands on teaching methods; but how does “hands on” happen when the teacher cannot share the same space as the student? Well, it takes not a small amount of ingenuity, a determined team of educators, and you guessed it: virtual reality — well, at least a hint of it.

March 13 was the last day of in-person classes for WSRF. The administration decided to dismiss classes one week early for spring break. They’d hoped it would just be an extended break which students graciously welcomed at the time.

Liesl Bellack, a WSRF Alumni herself, began working in marketing and communications for the Waldorf School in February. She had no idea her role, along with those of her senior colleagues, would be transformed right off the bat.

“It’s been a total ongoing evolution,” Bellack explains, “even how we’re looking ahead.” While school has yet to return to any sense of normal, the students continue to learn in new creative ways.

“The entire system needs to continue being flexible,” says Bellack. The onus is on the teachers to implement new tactics to reach their students and to spike their interests’ enough to get them to actively participate. Bellack expresses her admiration for the teachers who are “Really challenging their levels of creativity and how they’re actually communicating their curriculum.”

Of course with every transition comes its obstacles. “At first there was definitely that technology overwhelm,” Bellack states,”How do we deliver something we’re so used to doing tangibly through screens?” After all, part of WSRF’s goal is to balance technology with real life; with more of an emphasis on the real life approach.

“How do we start to use it [technology] as a tool,” Belllack wonders, “while still maintaining the integrity of what we’re doing and why we do it?”

Though technology has become essential to learning during this time, WSRF still believes it should be limited when possible.  “We are not actually doing a ton of live classes, especially for our lower grades” explains Bellack “because technology is generally absent from those curriculums.” However, even Kindergarten teachers are recording themselves reading books so little ones can still follow along to the voices and rhythms they’ve become accustomed to hearing.

A huge weight also falls on the parents, who have stepped up to facilitate their children’s educational productivity and assist with problem solving and creativity.

Students have been tasked with completing assignments at home or in socially-distanced settings. Whether it be making authentic Latin American cuisines whilst dressed as Frida Kahlo for Spanish class or preparing gardens which will be used to feed families through Lift-Up, the kids are being kept busy without having to stare at a screen through every class period.

“Education in general looks a lot different now than it did a few months ago” says Bellack, but WSRF is certainly not letting that slow their mission.

Chris Harrison is Waldorf’s Music Speciality teacher and has been in that position for the last eight years. Prior to COVID 19 he taught an array of music classes — from choir and band to string instrumentals — each week. With class sizes that ranged from 14-32 students he managed to reach a lot of young minds the old fashioned way: face-to-face.

Originally, along with the rest of the faculty, Harrison turned to the virtual meeting platform Zoom as a new and  necessary conduit for communication with his pupils stranded at home.

Harrison tried hosting classes and rehearsals over Zoom by “Having the kids with all their instruments and trying to lead them” but unfortunately it would not be that easy.

As it turns out those inevitable glitches and delays people experience while using Zoom or Facetime are even more disruptive when it comes to musicians struggling to sync with one another. Harrison explains when, “Playing music, that split second — or half second — adds up very fast and it makes it very frustrating to try and experience music with that latency.”

Harrison quickly realized they’d “have to figure something else out.”

After some research he found that orchestras in Europe “were already a couple steps ahead of the game” and creating virtual performance videos. He figured that if professional musicians could achieve such moving results, so could his students.

The sixth to eighth grade band students decided to work on a piece suitable for superheroes: “The Avengers” theme song. Like saving the world, it would require lots of work.

Harrison created practice videos for each instrument. Students were able to watch and listen to his instructional videos and then play along to the tune of the “Avengers” in real time without the pesky delays of a live tutorial.

While the task has been incredibly time consuming for Harrison, he foresees a benefit in providing students with instructional videos they can follow along with at their own pace while practicing at home.

Typically this time of year the music students put on a concert for their peers, parents and educators. Harrison explains that performing for an audience is the key motivating factor for any musician or band. The WSRF middle school band was not about to let their groupies down. The show would go on…

Each young artist submitted a video of themselves playing “The Avengers” song with their respective instrument. Harrison then compiled each of their submissions and merged them into one cohesive piece that even Iron Man himself could not help but swing his mechanical hips to.

The complete virtual performance can be found on WSRF’s facebook page.

Assuming that all goes well, students will be back in the halls and courtyards this fall. Regardless, WSRF has proven it will still be there to educate by whatever means necessary until the student body can return to their second home once again.