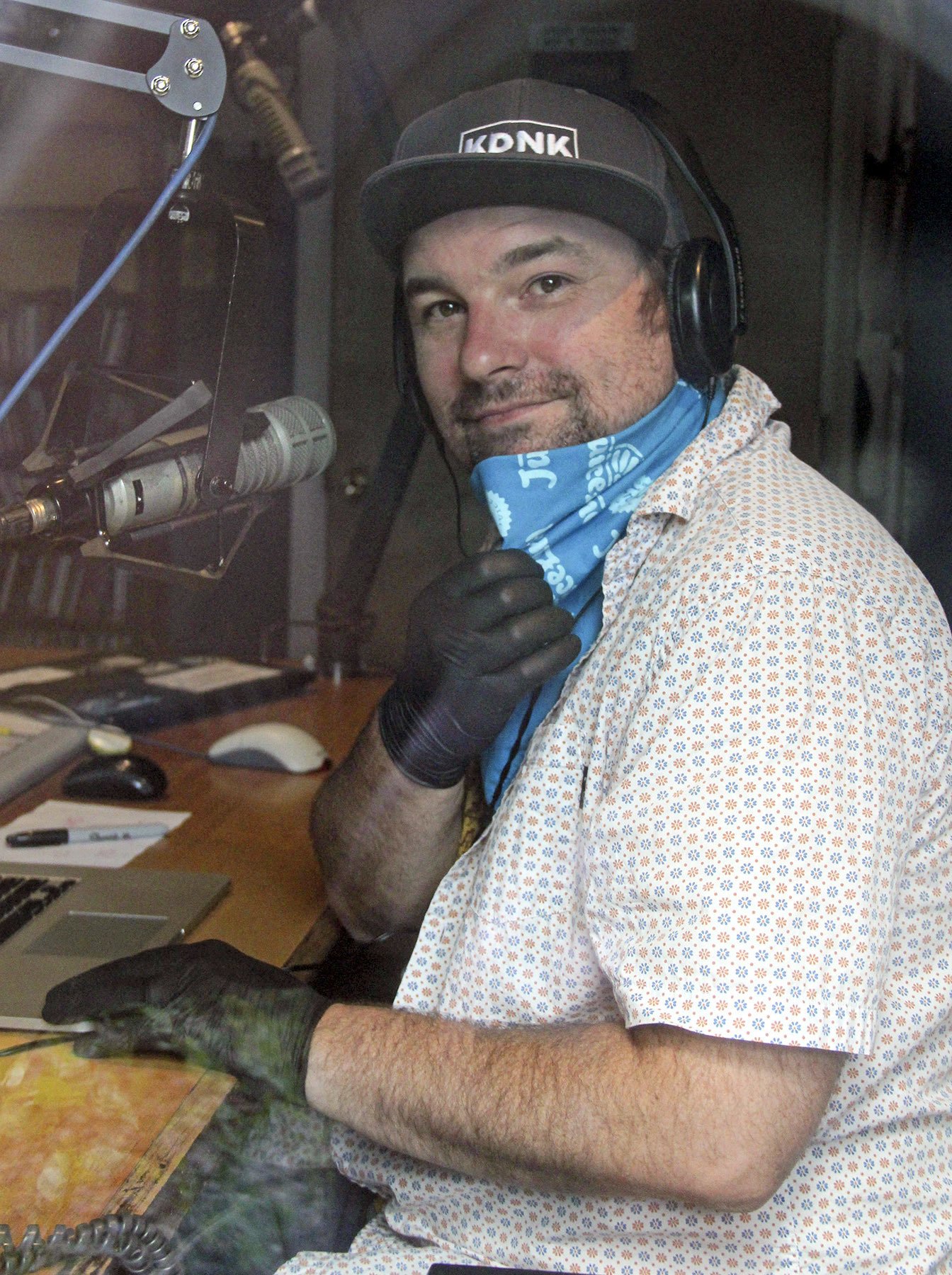 Gavin Dahl, KDNK station manager, has been a familiar voice for listeners across the western slope for over four years, but on June 30, he will be signing off KDNK radio to shift the dial towards fatherhood.

“My wife and I are moving to Montrose,” Dahl said. “This is really about me spending more time with our 17-month-old daughter Ember.”

In mid-March, Dahl and his wife Katie, made the transition to working from home. Like many people around the world, the Dahls have been navigating full-time jobs while also caring for a young child.

During the quarantine, Dahl was spending more time with Ember, and it soon became clear to him that she was in an exciting time developmentally, he wanted to soak up every moment.

At this point in KDNK’s growth, Dahl said it would be a disservice to the station to become a part time manager, so he has decided it was time to move on.

However, Dahl will not be leaving the airwaves just yet, as he will be continuing his broadcasting career over the hill at KVNF radio in Paonia.  Recently expanding to better serve the people of Montrose and Ouray counties, KVNF opened a new studio in Montrose, called Studio M. Dahl will step in as the station’s news reporter and Morning Edition host, he will also become their first staffer in over 40 years to be based outside of Paonia when he signs on this summer.

Dahl fondly remembered his first writing gig for the Snohomish Tribune, featuring his high school baseball team. Not long after that initial experience, he honed in on his interests as a music columnist for the Austin American-Statesman.

“I was obsessed with radio and alternative media like news weeklies,” Dahl said. “I grew up reading The Stranger in Seattle and The Austin Chronicle. In January of 2000 I got my first radio show on KVRX Austin — None of the hits, all of the time.”

Dahl finished his degree at the Evergreen State College in Olympia, WA, and immediately immersed himself in the world of broadcasting. It was when Dahl started working simultaneously at Alternative Radio with David Barsamian and at Denver-based nonprofit Open Media Foundation (OMF), that he realized he was capable of leading an organization.

At OMF, Dahl regularly traveled to the Roaring Fork Valley as manager of a government transparency team. When the opportunity arose to apply for the news director position at KDNK in 2016, Dahl seized the moment.

“I don’t know of any other station that has the breath of talented volunteers that KDNK does,” Dahl said. “I’ve been in this game for over 20 years, and I think KDNK’s DJs have some of the best music taste in the radio world.”  Less than a year after being hired, Dahl was promoted to station manager becoming one of the nation’s youngest station managers in public radio.

“The award is wonderful and it’s a nice thing to celebrate, but really the point was KDNK can adapt, and evolve, and flex, and reflect what the people in the community need,” Dahl said.

By evolving traditions, such as Ladies’ Arm Wrestling, Mr. Roaring Fork, and the record sale at Potato Day, Dahl said that KDNK’s budget has grown over the last 3 years, and is in excellent standing. Building off the leadership of previous station managers, Dahl has also helped KDNK see an increase in the federal grant match, donors, underwriting, and memberships. Additionally, with the encouragement of the board, Dahl has worked tirelessly to facilitate an earned income initiative for staff members.

For Dahl, however, his accomplishments at KDNK have been far from an individual effort.

“It’s the [volunteers and staff] who put in their passion and commitment to serving the audience of KDNK, and who deserve the praise,” Dahl said. “A big part of my job is to facilitate the access and transmission of the talent of others. It’s not KGAV, it’s KDNK.”

With the future looming closer, Dahl knows the station is in good hands and it will continue to thrive.

“There is amazing, talented, and loyal staff stepping up right now, and there are over 100 volunteers ready to get back into the studio,” he said.