Why the allure of fly fishing? 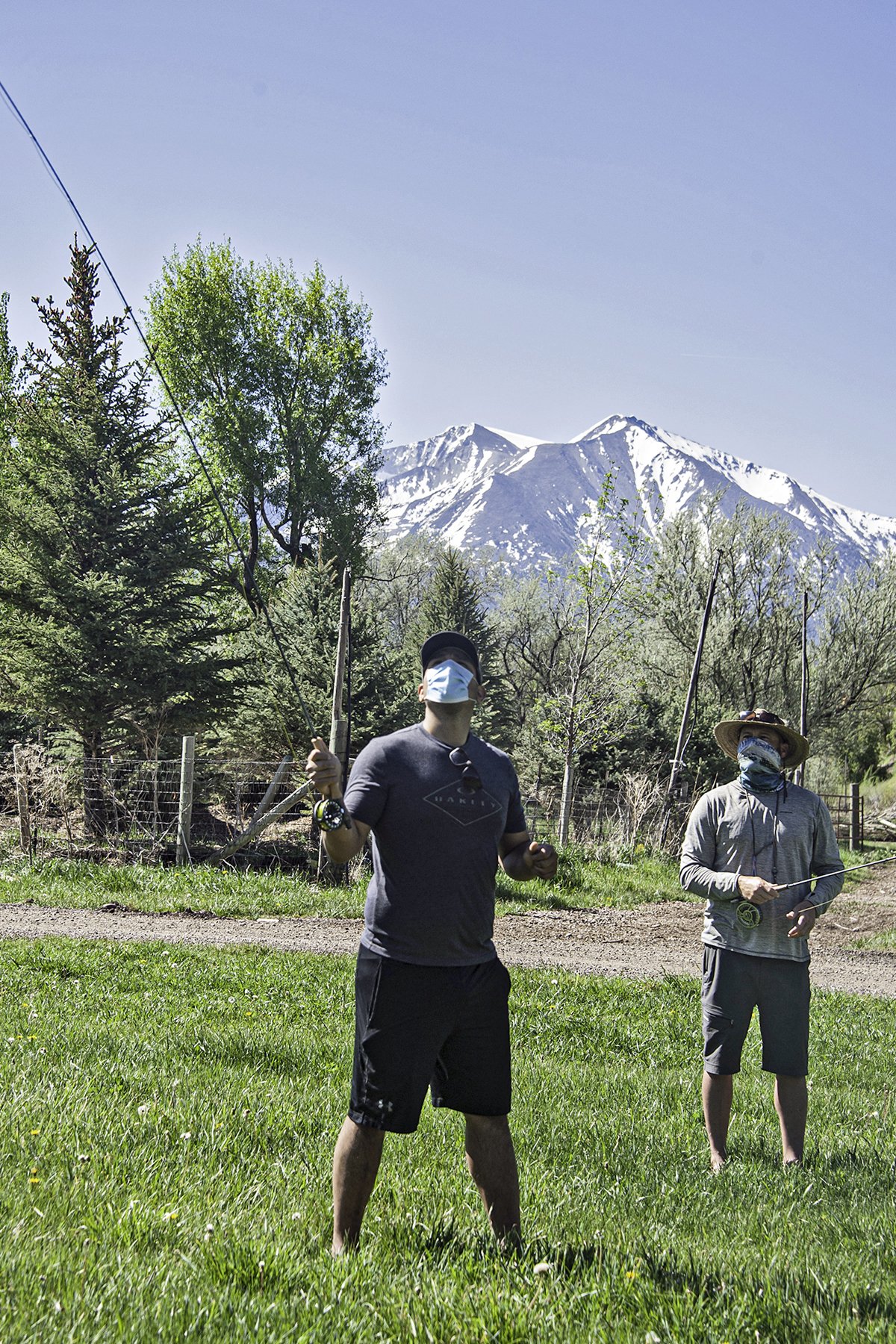 It’s spring in the Roaring Fork Valley. For people who love to fish, that means gearing up for the sport, while waiting for snowmelt runoffs to move from being fast and furious — and muddy — to easy running, clear rivers.
But, what is it about fly fishing that hooks so many people and, hopefully, fish?

Ask Tony Fotopulos, owner and outfitter at Alpine Anglers, who responded, “People here see it all around the Valley and are curious.”

“It’s zen-like and an art form that started several hundred years ago in Europe,” he continued and added fly fishing skills take time to learn. So he noted “Lessons are helpful, just like in skiing, to shorten the learning curve.”

Carbondale is also home to the Crystal Fly Shop, where Kirk Webb, manager, echoed those sentiments and said, “Newcomers to the sport of fly-fishing enjoy the mental chess match of battling wits with a far superior opponent amongst oft beautiful surroundings. People enjoy fly fishing because it connects us with nature and gives us time for reflection and thought. Ironically, it’s not about the fish for the masters of the sport.”

Webb described the current river conditions, “Fish are quite happy and hearty after a big runoff and feeding on big bugs. And the middle river (Carbondale to Basalt) has great water clarity.”

He added, “We fish all year long here.”
Asked if he felt the reader would now be more curious. Assuming the answer to be “yes,” Webb smiled, “We thought so.”
Spring runoff usually ends in late June depending on the size of the snowpack at the  headwaters of the Colorado, Crystal, Roaring Fork and Frying Pan rivers. Last year as runoff began, this region had 105 percent of the normal snowpack. This year, however, the spring snowpack was down to 87 percent. Meteorologists reported the warm spring temperatures melted much of what was there.

The COVID19 crisis has encouraged fly fishing, according to the nonprofit Trout Unlimited, Angling Trade Media and the American Fly Fishing Trade Association (AFFTA), to near the top of the list of safe activities which help maintain social distancing.

These organizations all recommended that anglers stay at least a nine-foot fly rod distance apart, wear some type of face covering like a neck gaiter, don’t drive together, net your own fish and go out locally mostly with family members.

As Lazo explained,“I fished as a kid but never tried fly fishing. My work as a police officer can be stressful, so I thought this sport would be a good way to relax.”

According to Orvis.com, fly fishing is an angling technique where an artificial “fly” is used to fool fish into biting. The techniques used to cast and present the weightless fly differ greatly from any other form of angling.

Fly fishermen use flies that resemble aquatic insects, baitfish, and other prey sources, and are created by tying natural feathers to a hook to replicate the natural subject of the fish’s attention.

Also, according to the National Park Service, Fly fishing is one of the most adventurous ways to enjoy public lands and waterways because often involves walking or hiking to your fishing spot.
Fotopulos explained the importance of tying the best fly,” You have to make it look alive and real, like the real insects fish eat.”

“That’s all fish do: swim and eat,” he pointed out.

To keep game fish viable and protect spawning (reproducing), the concept of “catch and release” was initially promoted by angler Chuck Fothergill, who owned the first fishing shop in Aspen, as a conservation technique.

Using hooks without barbs, anglers can safely remove the fly and return the fish to the water.

The Valley is also home to the Roaring Fork Valley Fly Fishing Club formed in 2014 by a group of anglers “interested in promoting the sport of fly fishing through community events and classes on casting and fly tying and getting people out on the water enjoying our rivers.”

One angler, responding to a story in SkiHi News, commented, “If only more people understood the beauty of fishing in general and what it brings to the mind, body and soul. Dawn patrol, cool air, cold water and just flicking your rod.”