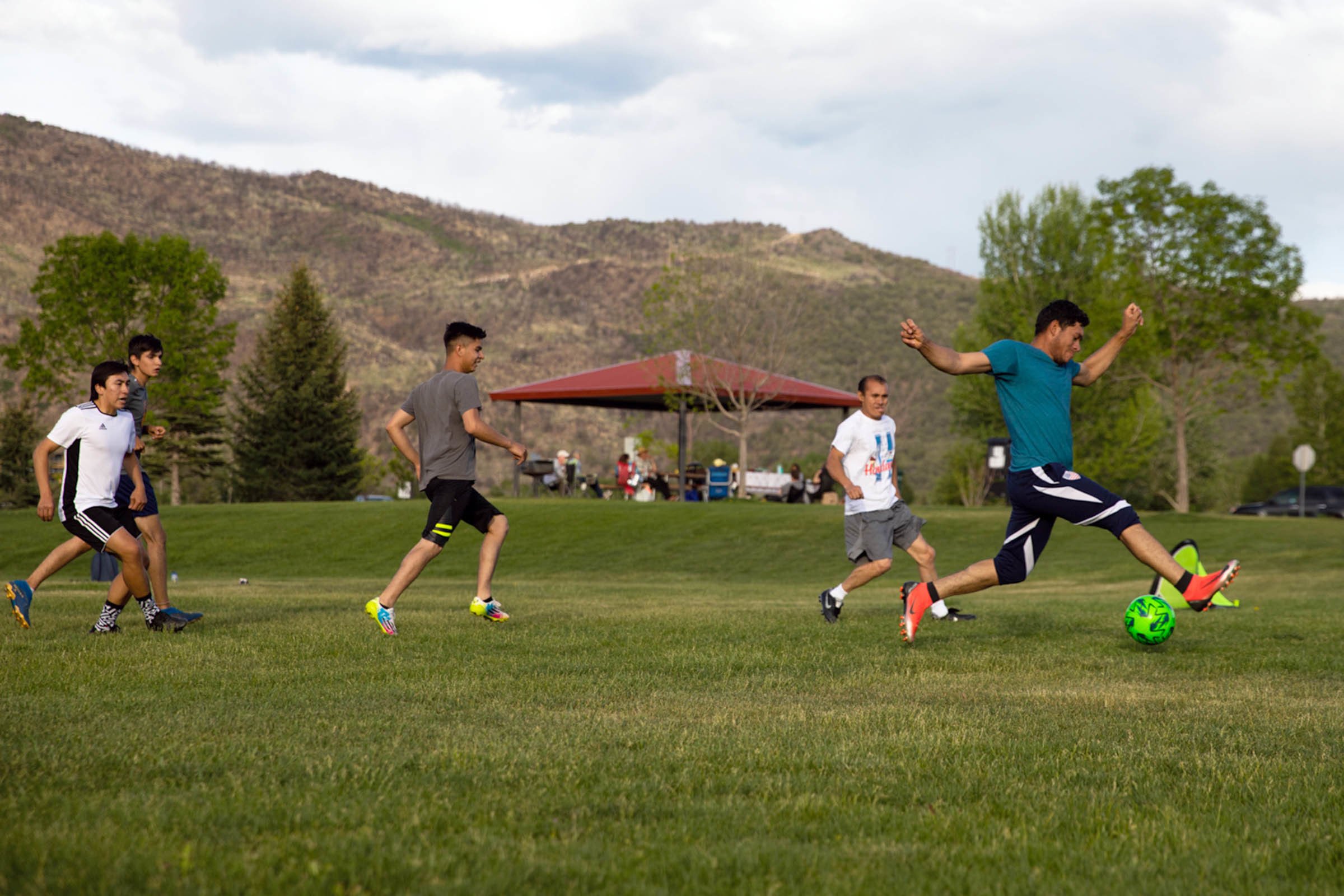 No longer a relic of the 1960s, drive-in movies are making a resurgence in the Roaring Fork Valley thanks to The Arts Center at Willits (TACAW) and Basalt’s Crown Mountain Park (CMP).

“Sometimes you’ve got to move backwards to move forward,” TACAW Executive Director Ryan Honey said of the “Let’s Spend The Night Together … With The Stones at the Drive-In” event being held on June 19 at Crown Mountain Park.

The featured film is a recording of The Rolling Stones’ Havana Moon concert in Cuba, which will be projected on a 40-foot screen and broadcast the old-school way: through FM airwaves. Movie-goers are being asked to adhere to social distancing guidelines agreed upon by TACAW, CMP and the Eagle County Public Health Department. Guests must stay within their car’s “footprint” and wear face coverings when leaving for any reason.

“We wanted to do this the right way,” Honey said. “Our goal is to have a replicable model that we can do again in the future, so it was paramount that we do it correctly.”

TACAW is a nonprofit founded in 2015 and tasked with realizing the vision of an arts center at Willits Town Center. When Eagle County shut down non-essential gatherings in early March, TACAW ramped up the curated online events and live streams they send out to their patrons every week, a program called “TACAW at Home.”

But eventually they realized that virtual programs would not be enough.

“It’s not in our DNA to be satisfied with that,” Honey said. “The lifeblood of our organization is to get people together to have a shared cultural experience.” That’s when the idea for a drive-in movie emerged.

Honey said the idea really came from a theater company in Los Angeles, who had their opening scheduled on the same weekend that lockdown began. “They found some Wal-mart parking lot, put their set there, and did a one night drive-in of the show.”

Now, many businesses are realizing the drive-in is a safe way to cope with public health restrictions — even valley high schools adopted the format this past weekend as a way to keep their graduation traditions alive. “It’s a natural solution to the social distancing problem,” said Honey.

While the pandemic hasn’t stopped most of the outdoor sports unique to the Roaring Fork, it’s clear the community is missing its regularly packed summer event calendar. An hour after opening the online box office, all 150 tickets had been sold.

If you missed out on tickets this time, don’t worry: TACAW doesn’t expect this will be their last event of the summer. Given the interest, The Arts Center is already planning other drive-in events and can see a future where, even after the end of lockdown, they do a couple drive-in movies, “just for the nostalgia factor.”

Honey mentioned more was in the pipeline. “We’re working with the city to figure out how we can bring more people together.” Some other cities are holding public gatherings by drawing chalk circles separated by at least 6-feet, inside which individuals and families can gather. Honey says, though, “if you put on a really cool rock n’ roll show or a really funny stand-up comedian, are people going to stay in their circles?” That’s why they’re trying to consider not only the infrastructure for these events but what the program is.”

TACAW is undergoing another big transition from their short-lived and appropriately-named event space, The Temporary, to a new 10,000-square-foot arts and culture hub called The Contemporary. Since the original plans were drawn up, TACAW has looked over the building design from a COVID perspective and come back with the consensus that it is remarkably well-structured for a respiratory pandemic.

The six different event spaces in the facility — three of which are outdoors — have completely flexible seating and few “choke-points” where patrons wouldn’t be able to keep their social distance. Ventilation design keeps air flowing from ceiling to floor, meaning your breath will travel downwards and out of the building, instead of continuing to circulate. The maximum group size in the space is 250 anyway, meaning that the space would be able to be fully-operational in the fourth phase of Eagle County’s Transition Trail Map.

“Obviously, you can’t have 250 people at Red Rocks and have fun,” Honey said. “This is a good group size.”