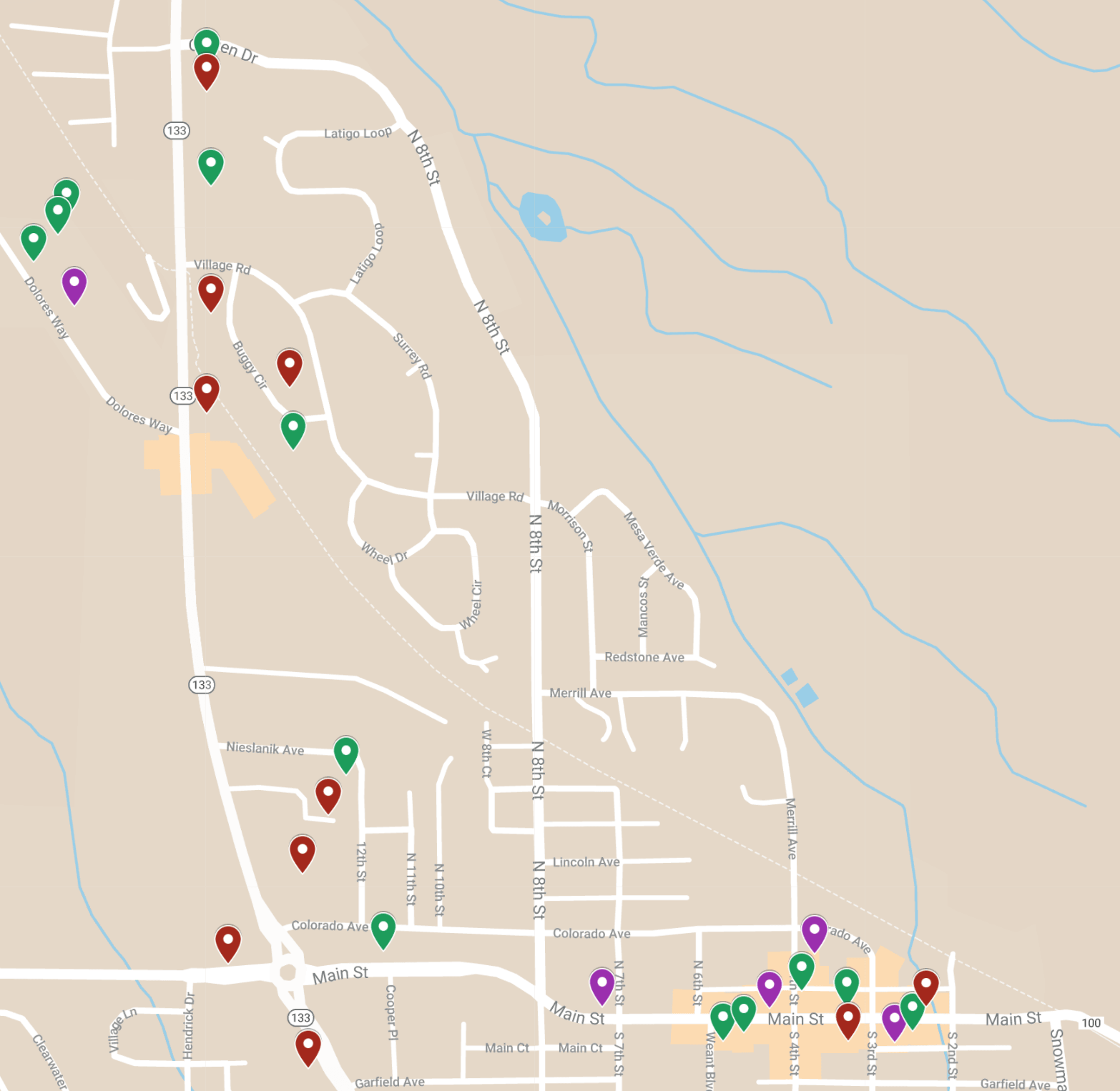 When The Sopris Sun set out to conduct an annual inventory of commercial space in town, we never anticipated tracking the effects of a pandemic.

Our methods — recording the number of occupied units and tracking the addresses of unoccupied space each June — were intended to capture the sort of slow change you’d expect from broad economic shifts. It just seemed strange that no one else was tracking an occupancy rate (the Town’s sales tax licenses and the Chamber of Commerce’s membership only show part of the story).

Of course, wandering around office buildings and peering in windows is a far cry from scientific — and these days, it’s even less conclusive.

Many businesses in town sport signs touting their COVID-19 mitigation plans registered with Garfield County. Most restaurants are open for takeout, at least, although some, like the Pour House, seem to be playing the waiting game. Others are definitely defunct, such as Heidi’s Brooklyn Deli.

Things are a little less clear on the retail front. The Near New has several signs, some of which appear to date back to the very beginning of social distancing, when we thought closures might only last a couple of weeks (word on the street suggests the Rebekahs might open the shop on July 9). Elsewhere, for-rent signs are an obvious clue, but while a stack of moving blankets might be conclusive proof in most places, it may be part of the normal operation of an upholstery shop.

This kind of uncertainty has always been a factor in our efforts. We’ve often caught businesses in transition, and did this year as well. We’ve heard that Back Door Consignment is under new ownership, but haven’t seen it open with any frequency. Brass Anvil has obtained its necessary permits and had a soft open, but declined to be featured beyond that. A sale is pending for the Red Rock Diner, but we can’t report on it until it’s final.

The difference, of course, is that this year almost every business and nonprofit is teetering on the brink. If you tried to visit The Sun’s own office, you’d find the lights off and the garden neglected — assuming you even found our exterior entrance in the otherwise closed up Third Street Center. We’re working from home for the foreseeable future, and so are most other organizations that can afford to do so. How many of them will opt to renew on a space they’re not really using?

So when we report that 90.6 percent of commercial units in town appear to be occupied, take it with a grain of salt. While that figure is down from the last two years and reflects vacancies both downtown and along the highway, it’s actually up from our inaugural survey in 2017. That’s probably because what we’re really seeing is a snapshot of early March.

In the coming months, many business owners will have difficult decisions to make. Those who were barely breaking even before will probably pull up stakes. Even some who made it through the stay-at-home order mostly unscathed may look down the throat of another year of cautious consumers and decide not to risk it. Those that do endure will have to adapt.

Meanwhile, the completion of the new City Market and other large commercial projects will actually expand outlet options amid an anticipated recession. Expect a game of musical chairs as Ace Hardware eyes the old grocery store space and potentially leaves its own building open.

This year’s inventory is a placeholder. The real story will be told a year from now.