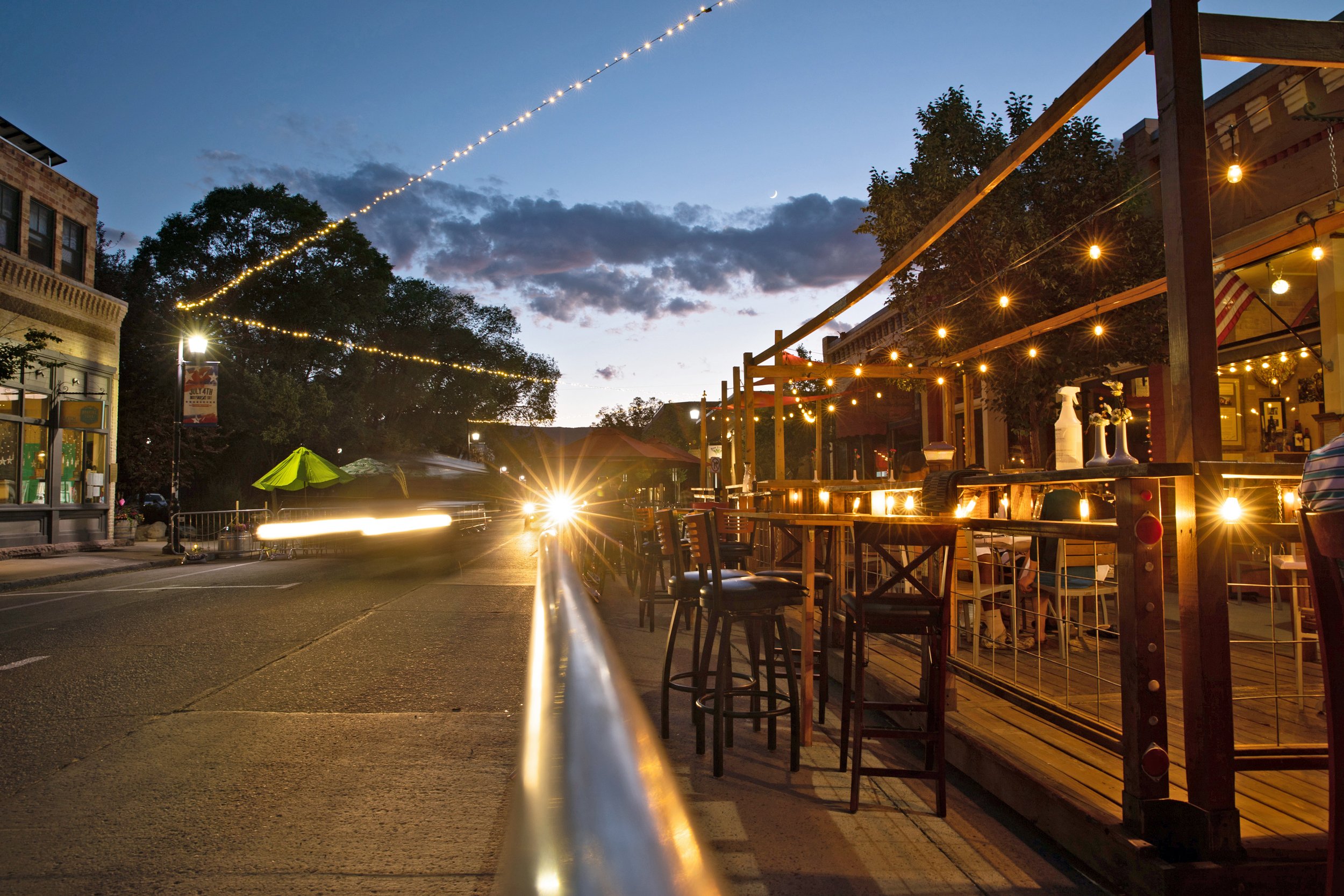 Carbondale’s current Board of Trustees have seen few bitter conflicts, but the June 23 meeting had Luis Yllanes feeling like King Solomon — known for ordering a child cut in half in order to snap a pair of fueding mothers out of a bitter dispute.

The sentiment was shared by several other members of the board as business owners clashed over the decision to restrict the 300 block of Main Street to one-way traffic in order to allow dining in the right of way. Several interested parties submitted letters or other comments before the meeting, which Mayor Dan Richardon summarized.

“Essentially, the way I read them, Allegria, Phat Thai and Batch are requesting that we stay the course,” he said. “We have some other businesses, like the Tonic Juicery, Sawyer’s Closet, the Hair Bar and Lulubelle that feel that the current design isn’t working.”

It quickly became clear that things had devolved from polite disagreement to real rancor, as Amy Griffith Charters of Lulubelle observed.

“I have never felt this kind of animosity and hatefulness in this community when we’re all trying to survive,” she said. “We should be working together.”

She rejected the idea that retail establishments might also benefit from the street closures, calling it unreasonable. It also isn’t a great fit for a grab-and-go model, Lindsay Mills of Tonic Juicery explained.

“I know there’s ample 15 minute parking, but it’s not being utilized,” she said. “People are just not willing to come down our block anymore.”

She and her partner Micah Mills shared a sense that the whole decision was rather abrupt. Richardson disagreed.

“I think this issue has been in the press for probably at least a month if not longer,” he said. “We put a fair amount of effort into trying to hear what the issues were and that the board was really open to what we could do to make it work.”

While retailers were calling for a compromise, he felt that one had already been reached — and restaurants had already made investments based on that decision.

Aly Sanguily of Batch urged the board to “keep its word,” while her partner, Chase Engel, suggested that the dissent came from a vocal minority.

“I think if this was put to a public vote… it might pass with an even more aggressive closure of Main Street,” he said.

The pair pushed back against the idea of two-way traffic during the day and closures during the night after Town Manager Jay Harrington made it clear that restaurant owners would be responsible for moving their own tables and chairs every day.

While some members of the board seemed open to the idea, Richardson expressed a sense that the current approach had not been fully tried. Heather Henry agreed.

“You can’t genuinely test anything in a couple of weeks. People take time to adjust to a change,” she said. “I feel like we would be pulling back on an idea that we didn’t let fully bake itself.”

With that in mind, Trustee Erica Sparhawk proposed a full-court press on better signage and publicity to drive traffic to the block — otherwise sticking with the status quo until at least the next trustee meeting in three weeks.

The Town is also investigating common consumption to ease restrictions on open containers, and is working with the owners of the “Christmas tree lot” to provide an outdoor space for folks to eat to-go orders. Of course, as Trustee Ben Bohmfalk pointed out, all bets could be off if the rise in COVID-19 cases prompts a return to stricter regulations.

“It should be at the tip-top of our mind what’s the safest and what’s most likely to enable businesses to stay open,” he said.