Sunsense turns 30 and continues to shine 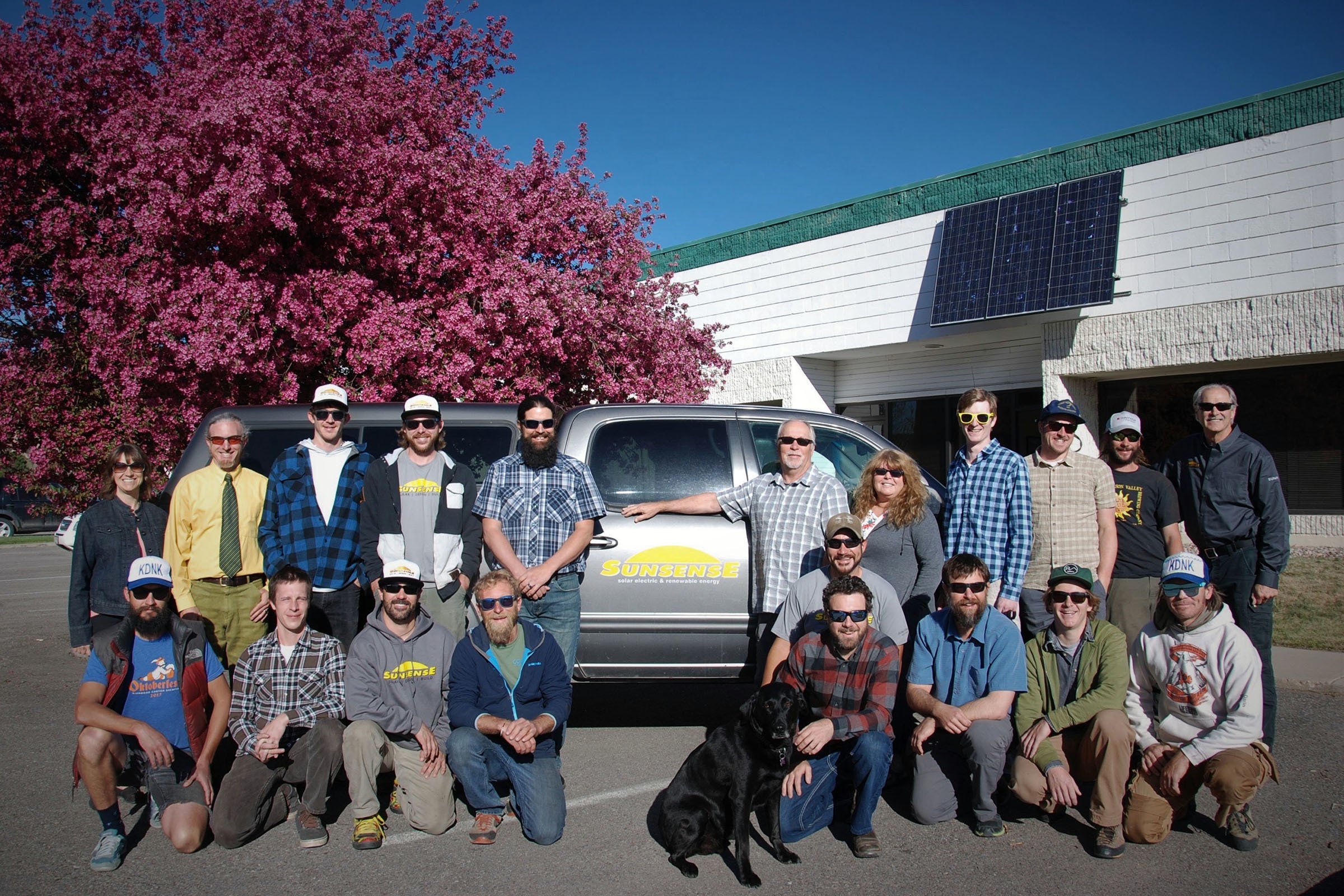 From high on mountain sides to the Grand Junction metropolis in the western plains, for thirty years Sunsense has sown its seeds regionally and pushed solar to the frontlines of energy supply.

Owner Scott Ely grew up in upstate New York but discovered Colorado as a kid when his dad taught as a visiting professor at The University of Colorado at Boulder (CU). After graduating the young man decided “it was time to get out of New York.”

In the early ‘80s, while studying at CU, Ely began working for NOVAN Energy, a company just starting out at the time in the solar-thermal industry. Renewable energy projects had begun to benefit from federal tax credits under the Energy Tax Act of 1978.

After leaving the Front Range, Ely attended the Solar Retrofit program at Colorado Mountain College (CMC)  in 1987 at the Spring Valley campus. He became acquainted with other local pioneers in the industry such as Ken Olsen, currently with SoL Energy, and Johnny Weiss with Solar Energy International (presently headquartered in Paonia but with roots in Carbondale).

“All of whom are still around and still working in solar which is great,” Ely reflects, “I’ve got a lot of respect for those guys — they’re the ones that really turned me onto PV.”

PV stands for “photovoltaic” which Google defines as: “relating to the production of electric current at the junction of two substances exposed to light,” — voila, you have solar energy…

But it’s not that easy, and not only has Sunsense significantly expanded, but the technology has as well. “I figured back then that the technology was still fairly young and there was a lot of room to innovate, be creative and grow,” says Ely who undoubtedly was proven right.

While at CMC, Ely worked on his first PV system at the Harry Gates Hut, the largest of the 10th Mountain Division-owned huts.

However, the first project he designed under the Sunsense banner was in 1990 at Janet’s Cabin which sits at 11,610 ft along the Colorado Trail.

“I had to cross country ski over Searle Pass,” Ely recalls, “ It was right around Christmas time and it was about 30 below, “ he continues, “I strapped on some old wooden skis and some not-very-well insulated ski boots and skied down to this hut to do some solar work.”

Back in the ‘90s, these off-grid locations were where the demand for solar lay at the time. Carbondale, being in the heart of the Rocky Mountains, became home-base for Sunsense.

Over the last three decades, the spread of solar power has been exponential. Sunsense has been there each step of the way nurturing the industry’s growth in Colorado.

“A steady improvement in efficiency, drop in cost and credibility has been built over the years — more and more people have become educated about the technology and know what it can do and how it can benefit people. I think all of those things have contributed to the growth of the business,” Ely summarizes.

Ely will not accept all of the credit for Sunsense’s success. “People say, ‘Scott, you’ve built this great business,’ and it’s like, ‘well it hasn’t been just me I guarantee you,’” he’ll explain, “There’s been a lot of great people some that are still here and others that have moved on to other projects and some that aren’t with us anymore; I’m proud of them and glad that we’ve been able

to build this thing together.”

Sunsense continues to design and install everything from small residential systems to multi-megawatt solar-farms which generate power for large community institutions and municipalities.

Community collaboration has been huge for Sunsene. Alliances with energy conglomerates like Holy Cross Energy and non-profits such as Habitat for Humanity have served to bring solar to a larger part of the community. “We’re in a very receptive valley here and I like to think that they get it — that solar is a positive force,” says Ely.

The proliferation of solar is imminent according to Ely who is grateful to be pushing its steady agenda alongside longtime friends in the industry.

“In the bigger picture we need to understand and mitigate the battle with climate change,” says Ely, “We need to do better and solar and renewables is one way to contribute to making this planet more inhabitable.”

Sunsense is grateful to communities for, “Doing the bright thing,” and furthering this mission locally.