The Orchard sets the bar for safely congregating 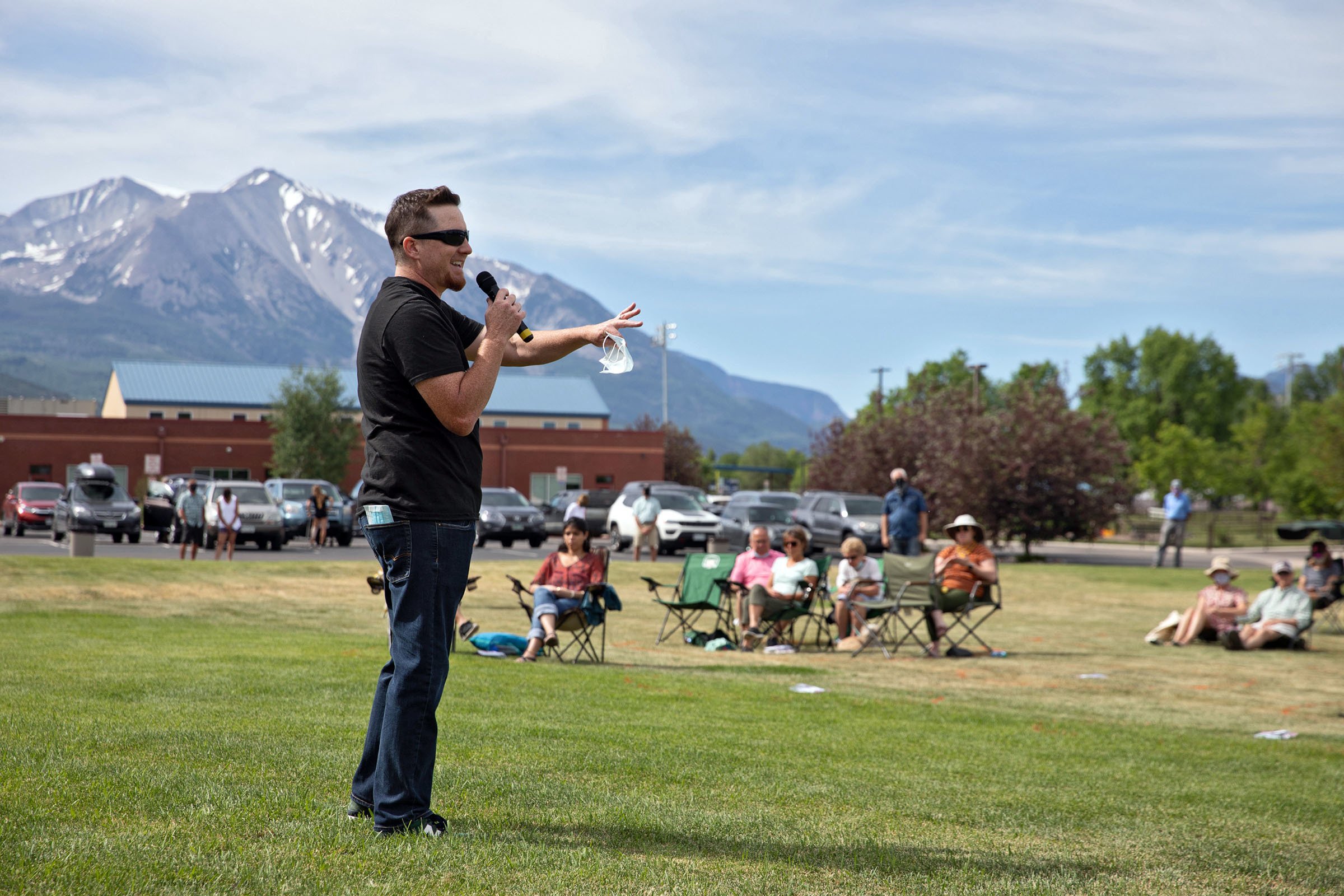 For several weeks most people have been worshipping from home; either by digitizing into virtual mass on Sundays or simply giving thanks at dinner time. Still, the omission of a weekly congregational gathering is significant to many who find solace in a house of God amongst their neighbors and friends.

Daniel Self has grown up celebrating the life of Jesus with others every week. His father started the Church of Redstone, and later the Church of Carbondale in the ‘90s, and then he himself became a man of God settling at The Orchard in Carbondale as its leading pastor about one year ago.

In Colorado, as of June 4, houses of worship were permitted to have gatherings at 50 percent of a building’s standard capacity or up to 50 people (whichever is less). On June 18, the Safer at Home order was again amended to allow gatherings of up to 100 people in “large” houses of worship. However, Garfield County had also been approved for a variance in mid-May which then enabled local churches to operate at 50 percent capacity.

The Orchard has been playing safe, holding services virtually.

“We’ve been doing every single Sunday online, so I’ve been preaching through this — I’ve become a televangelist,” Self jokes.

Of course, Self was worried what COVID-19 would mean for the church, but the complete switch to the virtual world had brought in viewers from other states as well as locals who did not attend its services before. Self used his personal iPhone to film each Sunday’s service; only him and God in the empty church speaking through a screen to Christians across the country.

Still, for Self, the hiatus has been tough. He misses seeing peoples’ reactions while he preaches and praying with them in the same room. But ultimately he believes that, “God’s truth is truth, whether it’s online, on a lawn or in a building,” and will continue to spread the word by whatever means necessary.

The Orchard held its first in person service on their front lawn Sunday, June 21 — Fathers Day. Worshippers arrived to find circles of orange paint of various sizes (larger circles for larger pods) scattering the lawn. The circles had space between them to keep families at a fair distance.

In each circle was a plastic baggie with the service’s pamphlet and sealed individual portion cups which contained a part of the day’s sacrament — the wine being sealed beneath a cracker which is separately sealed yet part of the same container.

The Orchard staff had done their homework.“I wanted us to do what we need to do without people worrying,” Self states, “ so we tried to take everything out of the equation so we can just do what we like to do within the rule set…If you stay within the rules there’s freedom in there, you know?”

Prior to “opening Sunday,” Self posted a video to the church’s Facebook page asking people to leave their differences at home and to “practice wisdom” by respecting public health guidelines including social distancing. When the day came everyone showed up masked until settling into their respective circle where some masks were cautiously pulled down.

After learning that some other local churches had been reported for having large gatherings, Self invited the Carbondale Police Department to ensure the town that they were in compliance. Because COVID-19 has become a political divide the pastor was a bit anxious before the event.  He has heard from members in this local congregation on both sides of the aisle. Some who don’t believe the virus exists and others who have lost family members to it.

“Just because we’re not experiencing it doesn’t mean that others aren’t,” Self stated.“We are so blessed to live in this town.”