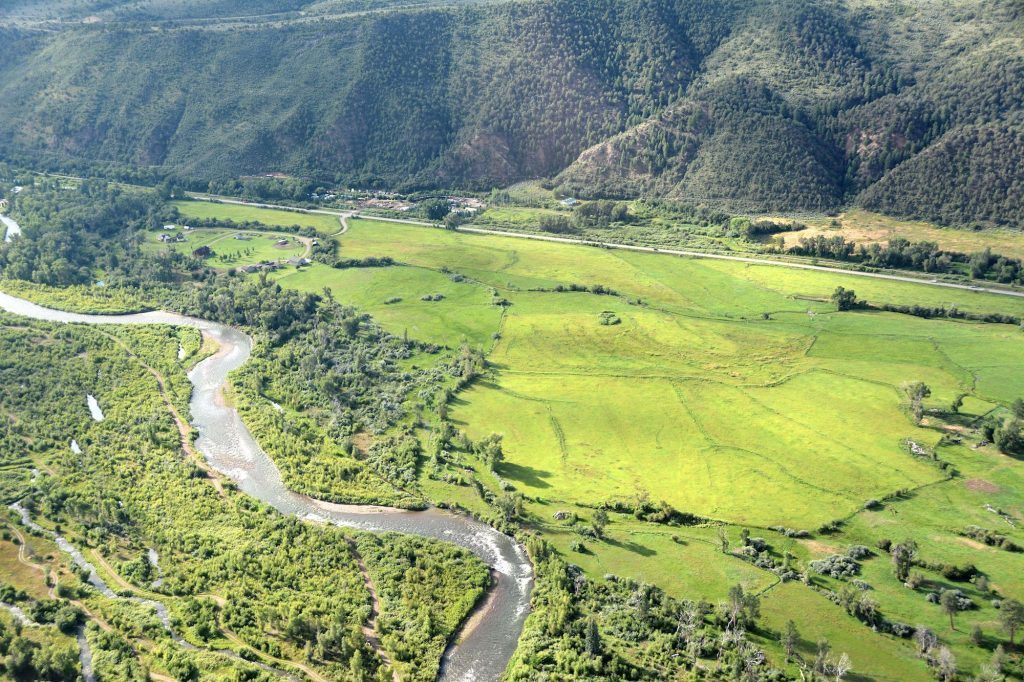 Major headway was made in the effort to conserve the Coffman Ranch last month when Great Outdoors Colorado (GOCO) awarded a $2.5 million grant to Aspen Valley Land Trust (AVLT) to help purchase and conserve the 141-acre property.

This grant marks a significant step in an otherwise unfinished race. The project needs a total of $8.5 million to conserve and steward the land. The purchase price of $6.5 million is a discounted amount, as Rex and Jo Coffman donated over $1 million in land value to AVLT. The additional $2 million is needed to take care of the property and manage a portion of soon-to-be community accessible land, a project that is still in the works.

Suzanne Stephens, executive director of AVLT, said that though most of the land will remain agricultural, they plan to “provide some additional public benefits… It’s a little early for me to say what that’s going to be exactly, but we definitely want to provide a space for the community… [and] public access to the river.”

AVLT has raised about $4.5 million for the project so far, though only the GOCO grant is official right now. Pitkin County has pledged to donate $2 million to put land in a conservation easement, but the donation still has to go through an appropriations process. Discussions with Garfield County and Carbondale about financial contributions are currently in the works.

The Coffman Ranch property lies between Catherine Store Road and the Roaring Fork River, and is only two miles from downtown Carbondale. The ranchland is brimming with ecological value. “It’s a really special habitat, because you just don’t find that much land along rivers and streams anymore that hasn’t been significantly altered by human activity,” said Stephens. “There’s about 35 acres of wetlands; there’s beaver ponds and springs; we have seen sandhill cranes out there, bald eagles, blue herons, [and] there’s a resident deer herd.”

“From a natural resource angle it’s pretty second to none,” Stephens said. She cited the ranch’s deep fertile soils, river access, flatness, and senior water rights. “There’s really nothing that it doesn’t have.”

On rare occasions does AVLT purchase land outright; rather, they conserve open space though donated easements. “This parcel is just so extraordinary that we kind of had to look at it differently,” said Stephens. In fact, the Coffman Ranch is the most expensive land deal AVLT has been involved in to date.

AVLT dipped their toe into conservation of the ranch in 2003, when 38 acres on one end of the property were put into an easement. “We’ve always had the dream of helping to protect the rest of the ranch,” said Stephens. “The more we talked about it [with the Coffmans], the more excited we got.”

The Coffmans have stewarded the ranch for around 65 years. They worked hard to improve the land and ensure its agricultural productivity.

“There’s something to do every day on a ranch if you want to. You’re never done,” Rex Coffman told the Post Independent in 2015. “After being here for 57 years, I still find things to improve on.”

The Coffmans have always wanted to conserve their land and protect it from development. “This plan with AVLT is like a dream come true for us,” they said in a news release announcing the planned purchase.

Stephens said that Colorado biologists are incredibly excited about this conservation project, citing the endangered species of orchid found on the ranch. “It was fun because the biologist [Sarah Marshall] who came out from CSU and did the survey of the property had never seen [the orchid] in person before,” said Stephens. “She was part of what prompted us to do this deal… having biologists out there and having them go, ‘oh my gosh, this place is really unique and it’s in really good shape’…there are not many parcels of land that are still like this.”

Stephens estimates the land deal will close sometime next year. “We’ve got another year’s work to do before any of this comes to fruition,” she said. “If we can acquire it and conserve and help to make it a community asset, we just consider that a win-win.”