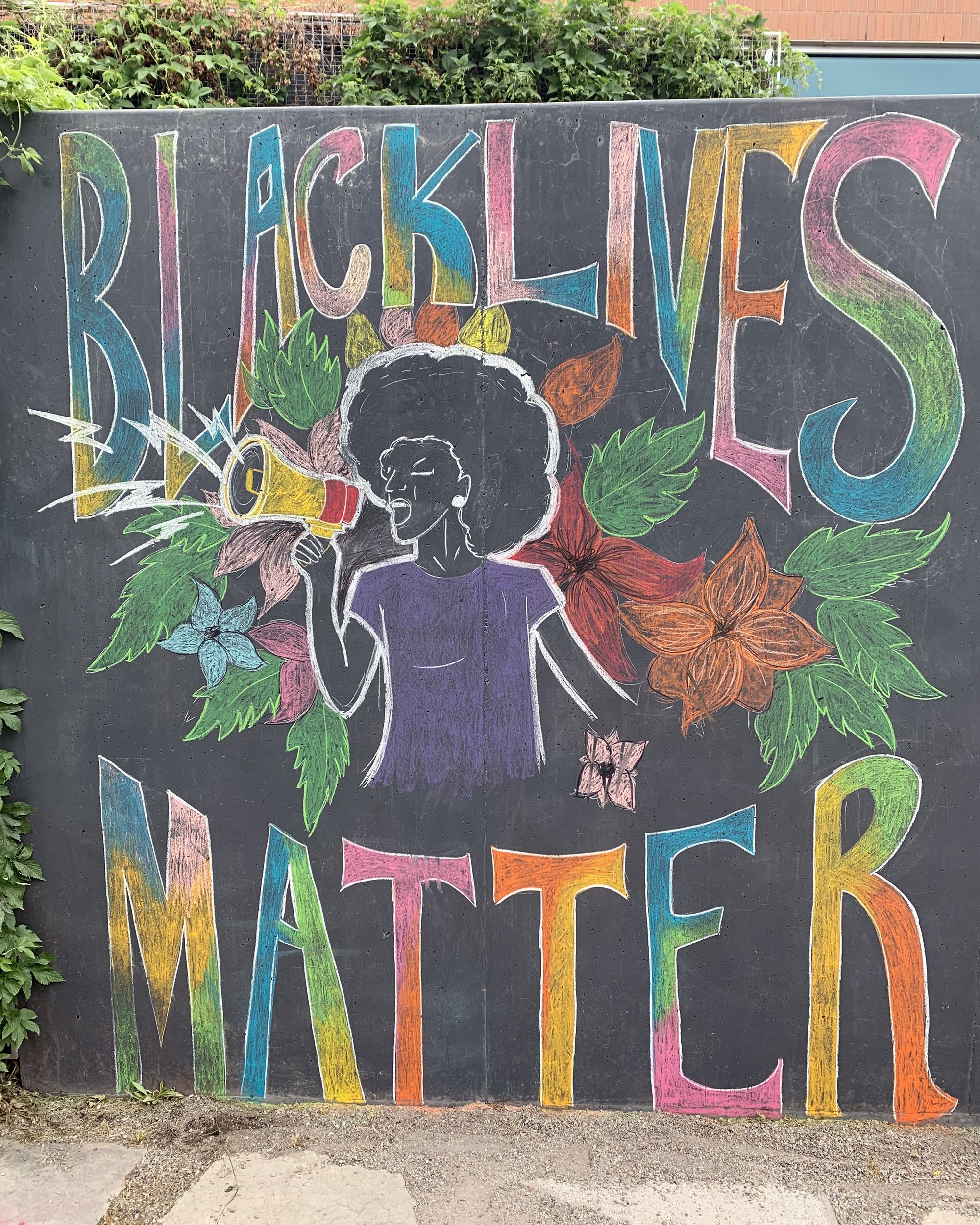 As Black Lives Matter protests sweep the nation, local activists of color are challenging our own community to reflect on the police discrimination and violence that goes on in our backyard, as well.

For architect and Basalt High School graduate Beatriz Soto, who split her time growing up between Mexico and the US, there are “two versions” of the Roaring Fork Valley.

There’s “the version of the privileged,” a “touristy town where you get to bike all day… secluded from (the racism and police brutality) that happen in the rest of the country.” And then there’s the version experienced by an “other demographic in our community” — a group of people “that is harassed, that is feared, that is in poverty, that has a totally different relationship with our systems,” including local police.

Alex Sánchez, co-founder of the leadership, advocacy, and civic engagement nonprofit Voces Unidas, feels similarly. “I have had people call us ‘illegals’  to my face,” he says. “I have met two high school students who were beaten by racists at Chili’s in Glenwood. I have been stopped by three Carbondale police vehicles at the same time for still having a front dealer license plate on my new car… We live in a valley where 30 percent of the community have been kept without access to opportunities, in low wage jobs, without representation and without a voice at decision-making tables.”

All of these examples, Sánchez notes, happened in the past 12 months.

Soto, activist and mother of a 9-year-old boy, says this reality “really scares me. Latino kids are racially profiled and treated differently… (My son) one day will become an adult. And I know that he’s not going to get the same grace that the police and the justice system give a white male.” Sánchez concurs. He recalls a time at just 15 years old, trying to help interpret between his cousin and a non-Spanish speaking Carbondale police officer, when the officer “threw me to the ground and called me ‘Mr. Attitude.’”

Future Carbondale Police Chief and current Lt. Kirk Wilson told the Sun he recognizes the existence of implicit bias — unconscious attitudes or stereotypes that impact people’s perceptions and actions — but hopes and believes that he and others in the Carbondale Police Department do not “consciously” allow such biases to influence the decisions they make.

Despite concerns around racial profiling, Soto says she still hopes local police can come to fill a “community building” role in the valley. A major issue inhibiting this in her view, however, is the lack of clarity around the relationship between the police and Immigration and Customs Enforcement (ICE). There have been local cases, she says, “where a victim of domestic violence calls the police, and that woman gets deported.” As a result, undocumented people in dangerous situations commonly “endure the pain and the abuse” rather than call the police.

Lt. Wilson readily acknowledges that as a police department, “we haven’t had the best history with our Latino community; we’ve made some mistakes.” Still, he says, the department is working hard to remedy this.

Carbondale police are currently banned from sharing any information about residents with ICE, except in cases where ICE has presented the department with a criminal warrant — signed by a judge — for the individual in question.

“I’m not interested in somebody’s (immigration) status,” he states. “If you’re a victim of a crime, if you’ve been taken advantage of, if I can give you advice…then that’s what we’re here for.”

Soto says that while clarifying this information for the public and building a trusting relationship between the police and the Latino community are both important, it’s also vital to look critically at our society “not just through the lens of police.”

Breaking down racist inequalities in a community, she says, also requires a process of questioning the sources of local crime: “It’s related to our school system, it’s related to our social system, to our cultural system… If everything is really looked at on a broader scale, we’ll start to realize it’s the effects of a sickness, which is racism in our institutions, we will need less policing.”

“Every system that exists in our communities was built by the dominant community in power,” Sánchez points out. “And (it) continues to serve those for whom it was created to serve, leaving people of color behind.”

At the same time, Soto believes that change isn’t out of reach:  “I think if we’re honest with ourselves,” she says of the Roaring Fork Valley community as a whole, “and we look at things boldly and with humility, we’re going to start listening. And we’re going to start changing things.”