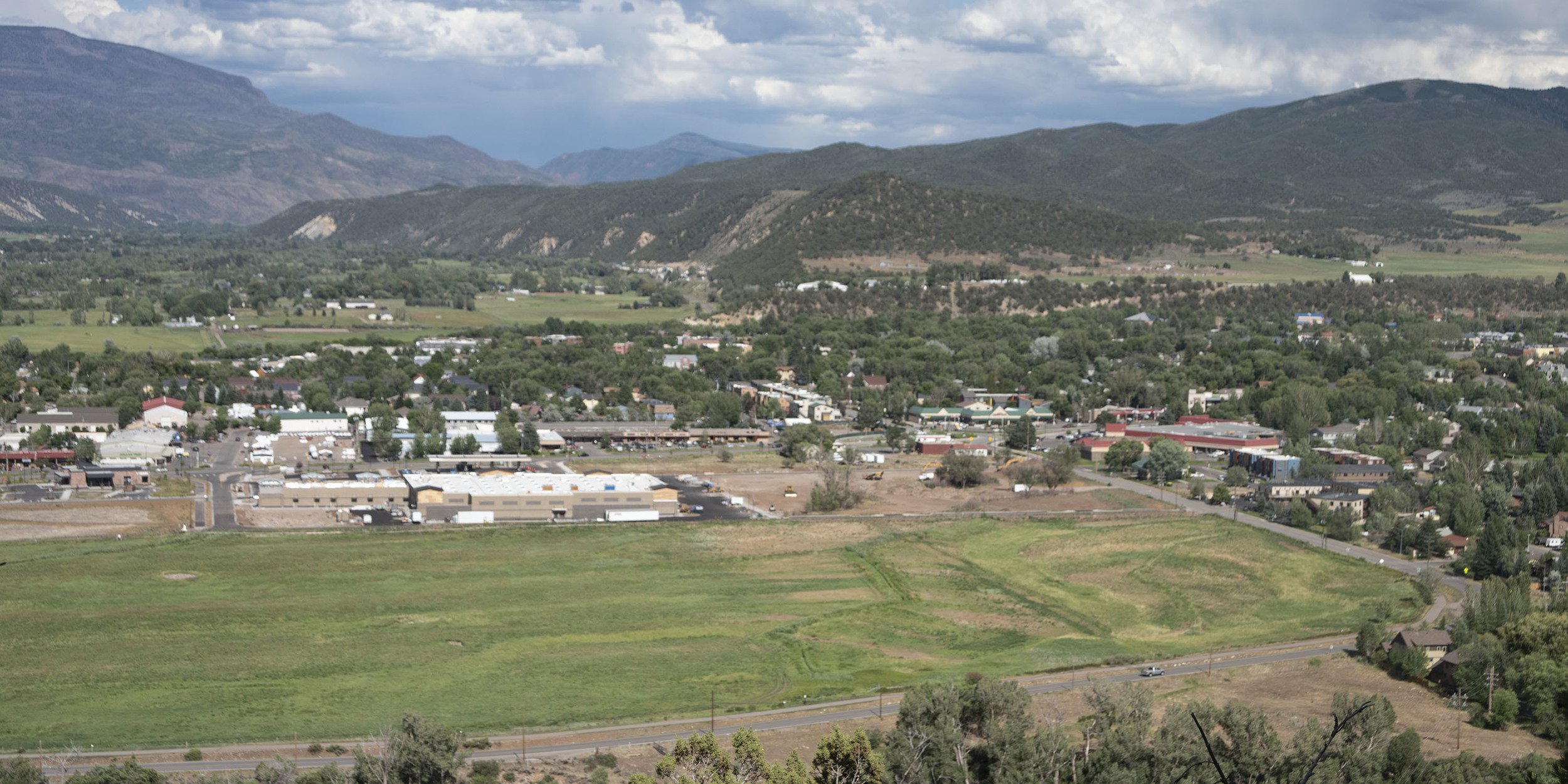 Eager City Market shoppers may not realize the historical significance of the land below their feet when they walk through the store’s shiny new doors this fall.

The lack of opposition to development on this land is notable. City Market is Carbondale’s single greatest sales tax contributor, and the Town found it was losing potential revenue when people chose to go to another town with a nicer store. In addition to the grocery store, the lot will have 115 residential units and a building supply store called Builders FirstSource.

The painless project approval marks the end of a long, hard-fought battle over development versus conservation that lasted for nearly 50 years. The land that the City Market stands on originally belonged to the Ute people, though after European conquest it became the Bar Fork Ranch in the late 1800s.

After World War II, Harald “Shorty” Pabst, who would later become the mayor of Aspen, moved to the valley and purchased the ranch. In 1953, he donated the land to John and Anne Holden, founders of the Colorado Rocky Mountain School (CRMS). The 350 acres Pabst donated would serve as the base for the new co-educational boarding school. Today, the campus center of CRMS is called the Bar Fork to celebrate the land’s historical use.

At CRMS, the land served as a working ranch for years. Its use was zoned agricultural until the early 1970s, when 57 acres of CRMS land were annexed into the Town of Carbondale and rezoned as commercial.

“The town was interested in adding real estate to its footprint so that it could have more businesses and generate more sales tax revenue,” said Joe White, the Director of Finance at CRMS.

The school worked in partnership with the town to rezone the land for commercial use “because that would bring the greatest value both to the school in terms of a land sale, and because the town needed more commercial businesses for their tax base,” said White.

“I think having a [large] parcel in town zoned commercial, without any specific vision for the future development of the property, created a lot of issues for the Town over the years,” said Carbondale Planning Director Janet Buck.

Indeed, the CRMS Board of Trustees disagreed on the best use for the land. George Stranahan, a conservationist who served on the board from 1968-1978, said that a significant amount of time was spent discussing what to do with the land.

“The conservative [members] of the board would always say ‘let’s just sell it, invest the land in bonds, and every year we sell the bonds,’” said Stranahan. “My standard is good versus bad. You get a piece of land, you conserve it. You don’t sell it.”

In the mid ‘70s, CRMS sold a portion of the rezoned land to developers “when it was in a tough financial situation,” said White.

Stranahan said he remembered thinking “let’s resell some land and shut these people up,” as a board member during the land sale. The land, called the Kay PUD, is now home to businesses on Dolores Way, such as The Paint Store and Double Diamond Moving and Storage. The rest of the land remained under CRMS ownership for nearly twenty years.

In 1997, CRMS listed 19 acres of the property on the market, and it was purchased by a California developer named Brian Huster in 1999 for $5.1 million. CRMS used part of the revenue from the land sale to purchase 29 acres of land on the west side of the Crystal River from Beulah Wilson. The land cost around $1 million and was donated as a conservation easement to the Aspen Valley Land Trust. “The rest of the proceeds… were put in what we call the ‘buildings and grounds fund’ to help us maintain and improve facilities,” said White.

After developers acquired the land, there were two more Planned Unit Developments (PUD) on the property voted down by Carbondalians. The first was the Crystal River Marketplace, a $50 million, 330,000-square-foot shopping center that would have included a Home Depot. The proposal for the marketplace passed through the Board of Trustees, but angry Carbondalians started a petition to overturn the board’s decision and ultimately voted down the board’s approval in 2003.

The same thing happened in 2012, when voters turned down the Village at Crystal River, a proposed 125,000-square-foot PUD that would have included a grocery store, office space, and up to 164 residential units.

It wasn’t until 2016 when plans for a new City Market on the unoccupied land were passed with  little opposition. Why the shift in public opinion?

“I think the difference is the type of development,” said Buck. “The previous proposals…included big box stores. One of the proposals included a PIF, which is a type of tax that customers would pay to help offset the developer’s cost for public improvements.”

Buck said that “buildings were too tall, and there was a sameness about the whole 24 acre site.  People thought we could do better.”

In 2013, a year after the Village at Crystal River fell through, Carbondale wrote a new community-created guide for development in the city.

“One important component of the plan was to maintain the Town’s small compact form. To have infill rather than sprawl,” said Buck.

Carbondale rewrote their development code with the community’s vision in mind. Some key components were avoiding large box buildings, incorporating sustainability standards, and expecting developers to pay their costs for development, said Buck.

When Stranahan first heard the land he fought to conserve would finally be developed, he said it was like “a battle forgotten.”

“It was something he cared about years before, but he had moved onto other battles,” his wife Patti Stranahan said.

When City Market finally opens to the public, the hard-fought war will be over. “Why does a fight take a long time?” Stranahan asked. “Because the opposition is good. Back and forth [that many] times… that’s a pretty good fight.”