It’s all in the family — Novus style 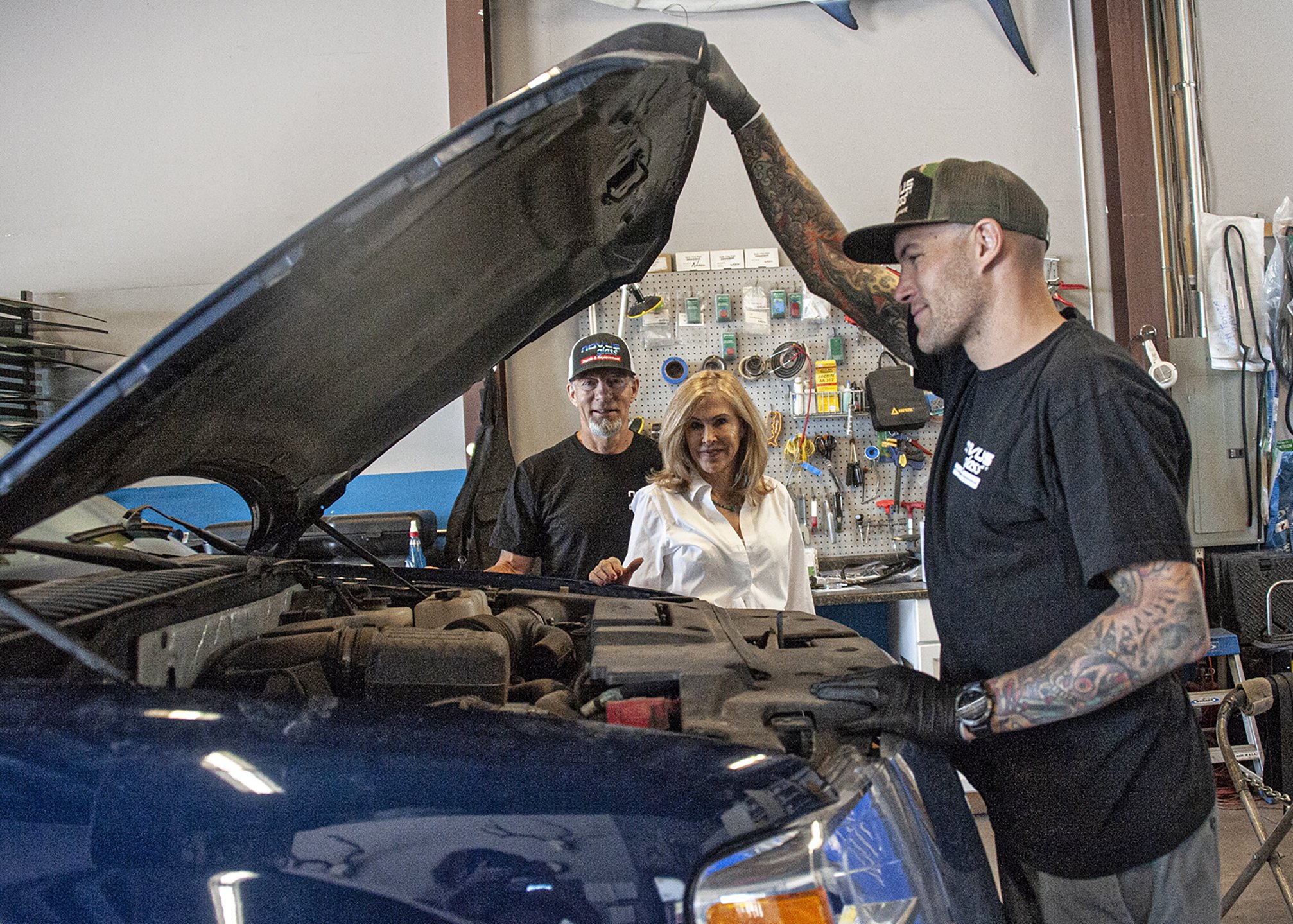 It’s a dream many business owners have — that their kids choose to follow in their footsteps and join the family’s company. That scenario doesn’t always happen, but in the case of Bonedale’s Novus Auto Glass owners, it sure did.

David and Diane Zamansky purchased their franchise in 1995 which was first located in Basalt and then moved to its present Carbondale location in 2008. That’s where the business, recently purchased by son Jake, still operates.
David opened the business with his solid mechanical inclinations but no auto glass repair experience. He noted Novus founders invented the resin used in windshield repair in 1972.

He and Diane jumped in with both feet and landed solidly as a Roaring Fork Valley fixture. There he added windshield replacement and mobile services to its menu. After being in business for 25 years, David and Diane decided to retire.
“It seemed natural for Jake to take over,” David recalled. “We’re both so proud of Jake,”

Concerning the current pandemic crisis, Jake said, “This is a tough time for all of us as a community. Here at Novus we only have two concerns: Keep employees and customers safe and lay no one off.”

Jake, a Roaring Fork Valley native, is well known in the region. He started skiing at age 2 at Buttermilk Mountain and then joined the Aspen Valley Ski Club (AVSC) moving steadily up the ranks. He was inspired by his father, who once trained with Aspen’s Andy Mill, a former alpine ski racer on the U.S. Ski Team and a two-time Olympian.

Growing up near Aspen, Jake Zamansky learned to ski fast before he was a teenager. He’s been a Ski Racing Junior of the Year and won Federation International de Ski (FIS) level races in Europe and North American titles. A multi-event racer, he scored his first World Cup points during the 2009 season and earned a giant slalom start at the World Championships.

Jake persevered with ski racing, even after a few setbacks, and was able to rejoin the United States Ski Team. He then qualified for the olympic team and competed as a giant slalom ski racer in the 2010 XXI Olympic Winter Games in Vancouver. He tired of all the travelling as an alpine ski racer and decided to stay in one place: Carbondale.

Now living in Missouri Heights, Jake, his wife Tara Davikas and their two children, Meadow, 7, and Bowie, 5, are very wildlife friendly, having planted over 100 trees on their land.

Both children enjoy skiing and snowboarding, and Jake urged other parents, “Start’ em young.”
Dakides was a successful snowboarding competitor, winning three X Games gold medals and a silver. At the 2001 Sims World Championships Tara was first in slopestyle and fifth in big air. She also received ESPN’s Snowboarder of the Year award.
She has appeared as a cover model for various sports magazines and has appeared in various video games. In 2001, Dakides was on the cover of Sports Illustrated and was named “The Coolest Sports Woman in 2001.” A long-awaited documentary on her life “Against the Grain” was released in 2019,

Growing up Jake started helping out at Novus as a 15-year-old.

“But now,” Jake said, “My five-year- old son Bowie announced he will only wait til he’s 13,” adding that Meadow hasn’t decided on her own career path.

David and Diane are enjoying their retirement. They’re still both avid fans of snow sports and motorcycle enthusiasts. This past Father’s Day, they rode from Carbondale to Lake City and back again, an experience Diane described as “400 miles of smiles and 1200 plus turns.”

Jake also enjoys this motor sport. He once remarked, “Why is it every time I come home it snows? I just want to ride my motorcycle.”

Always the adventurer, Diane likes to repeat this quote by Charles Darwin, “It’s not the strongest of the species that survives, nor the most intelligent, but the one most receptive to change.”