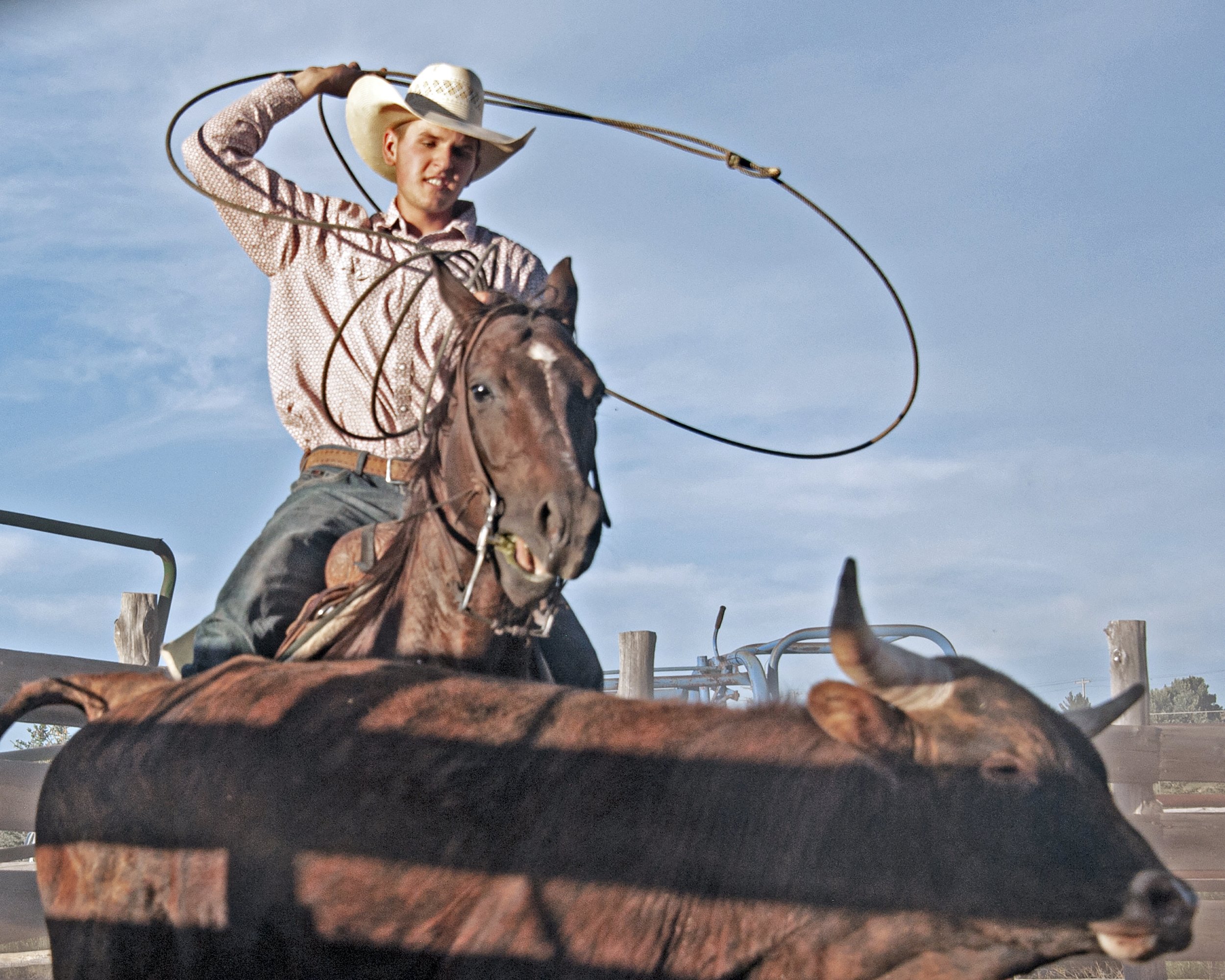 Gus is a true rodeo whiz kid, heading straight to the upcoming National High School Rodeo Championship finals in Guthrie, OK. He will compete in the reined cow horse event which has been called a combination of reining and cutting skills. Reined cow horse is co-ed with boys and girls competing in the same event.

“I am so very excited,” Gus enthused.
Gus’ parents, Janet and Ian Carney, responded, “We are so proud of our son for his determination and persistence.”

Ian explained Gus trained his own horse, a seven-year-old quarter horse mare named Nena, and went on to compete and win the Colorado NHSR 2020 state championship. Janet added with a big grin that Nena’s registered name is “Cutthroat Diva.”

“He did all of this without an assistant or coach,” Ian said, “At finals, you’ll see kids with trainers in tow to handle the grooming and care for each horse. Gus does this himself.”

Ian will accompany Gus and horse to the competition with the family’s air conditioned horse and living quarters’ trailer — quite important for Oklahoma in July.
Wikipedia described reining as a western riding competition where the riders guide the horses through a precise pattern of circles, spins and stops. All work is done at the lope (a slow, relaxed version of the horse gait more commonly known worldwide as the canter), or the gallop (the fastest of the horse gaits).
As explained by Wikipedia, cutting is a western-style equestrian competition in which a horse and rider work together before a judge or panel of judges to demonstrate the horse’s athleticism and ability to handle cattle. It dates back to a time when ranchers in the American West hired cowboys to work herds of cattle out on the open range.

As Gus practices the patterns and rules for his event, an onlooker would notice his ease and confidence plus the partnership between rider and horse. They are in sync, responding to each other’s movements.

Ian noted, “Unfortunately, our local high school does not recognize rodeo as a sport, “So that makes it tougher on him.”

The National High School Rodeo Association (NHSRA) was created 70 years ago to give high school students the opportunity to participate and compete in the sport. Although not recognized by high school athletics, the NHSRA offers a rodeo program that sets high school rodeo apart from other varsity sports, with athletes competing on a level comparable to collegiate and professional rodeo competitors.

According to Gary Hawke, Denver-based NHSRA digital media and communications director, “Our two goals are rodeo and education.  We welcome students from fifth through 12th grade.”

“With the grit and skill already required of high school rodeo competitors, we expect NHSRA members to excel at reined cow horse and enjoy the new discipline. Learning our sport will enhance their horsemanship in a way that will make them better in any judged or timed event,” said National Reined Cow Horse (NRCH) Executive Director Jay Winborn.

“By introducing high school rodeo contestants to the cow horse, we will attract an influx of new youth riders who want to add NRCHA competition to their horseback activities, providing a broader client base for our trainers and an additional market for cow horses,” he said.