Our Town: Jimmy Dykann, with a song and history in his heart 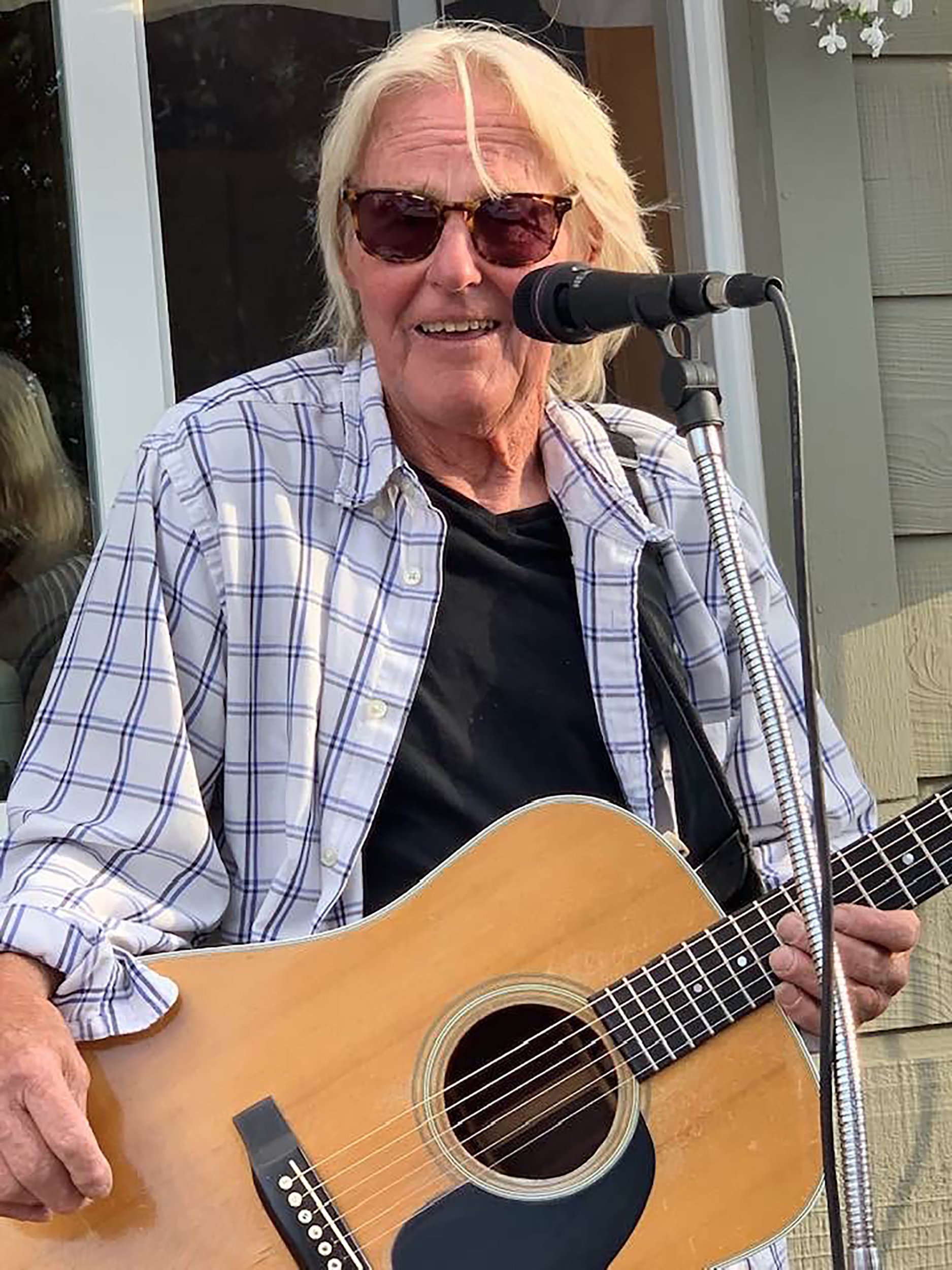 Slowly sipping his coffee, well known Roaring Fork Valley entertainer Jimmy Dykann talked to The Sun about his music, his career and his legacy. Dykann has an upcoming streaming performance set for Zoom on Sunday, Aug. 2, at 5 p.m. Contact jdykann@yahoo.com for details.

Q: Please describe your musical journey.
A: I started out in Southern California, but the lure of the Aspen music scene won out, and I moved here in 1972. Austin also called me for a long time, but now I’m here in Basalt to stay.

Q: What draws you to music?
A. It’s a universal language. When I was 16, I first performed at an open mic night at an L.A. club called Troubadour. At my first gig here I was 19 and was a folkie, solo, songwriter type. That was it!

Q: What musical greats have you worked with here?
A. Quite a list including Jimmy Buffet, John Prine, Nitty Gritty Dirt Band, John Denver, Muddy Waters and Jerry Jeff Walker. Locally, I’ve played with Bobby Mason, the Fender Benders. Plus I have performed as a member of the Jimmy Dykann Band, Cheap Feels Blues Band, Starwood Band, many others and now my signature group, Night Plane, formed in 1982. We played with just about everybody that came through in the ‘70s and ‘80s.

Q: And you were part of the Double Diamond Band?
A: Yes, I played guitar, mandolin and piano. Plus I did vocals. Also in the band were Hayden Gregg on guitar, mandolin, harmonica and vocals, John Zajicek performing bass vocals and Rob Leventhal, known for drums, cajon, percussion, guitar, harmonica and vocals.We play classic and new country music and country rock. For years we were the house band at the T-Lazy-7 Ranch and performed at its 2019 80th anniversary celebration.

Q: What venues have you played?
A: Probably most of them in the valley, from Glenwood Caverns to the Lions Park, Ritz Carlton, Steve’s Guitars, Aspen Deaf Camp, the Aspen Institute, Chaparral Ranch, Snowmass Village, the old Timbermill at Snowmass, Basalt Sunday Market, Marble Distilling and anywhere anyone will have us.

Q: If you could only pick one, would your preference be, writing songs or performing?
A: I’d have to think about that a bit, but I enjoy the exercise of songwriting. I have a studio at home, so I have a lot of time to work on my music.

Q: Besides playing music, what do you enjoy the most?
A: Learning about our local history. Especially here, where it is so fascinating. You could call me a bit of a history buff.

Q: How has COVID-19 affected your career?
A: It’s been slow, but I’m still playing at a variety of venues. Now I play mostly at private parties

Q: And you have a family here, correct?
A. My wife Marguerite and I have been married nearly 50 years, and we have three great kids, Amanda, Russell and Eric and a grandson Lyon.

Q: Tell us about your record albums.
A: Night Plane’s first album was recorded in Los Angeles in 1982. We recorded another in the ‘90s in New York. Our 2003 album “Colorado History in Song” includes three true stories including “Widow Collins” from Rifle who homesteaded for 30 years as a widow with two sons. As a fiddle player, Collins would share her music with the local townspeople. “Rags to Riches” describes many miners’ swift rises to fame and fortune.” And “Lady Bountiful is about the 1906 woman who was known for her generosity, especially helping kids at Christmas time.”

Q: And your latest with “Night Plane?”
A: In 2019, we released “Knockin” under the Daddy Kool recording label. It’s available on Amazon, Apple Music and Pandora.

Q: What have been your favorite musical experiences?
A: John Belushi heard the band at a bar gig in Basalt and asked if he could record my song Road Damage with his band The Blues Brothers. Later that night, Bill Murray sat in with the band and did his famous “lounge singer” act to the delight of the packed house. We also played for his 30th birthday bash that year.

Q: Overall, how would you describe your musical career in the valley?
A: I’ve been able to meet and play with many of my musical heroes, and many of them live or have lived right here in the Roaring Fork Valley. So many of our local musicians are world class players! It’s been a pleasure to have worked and recorded with many of them.