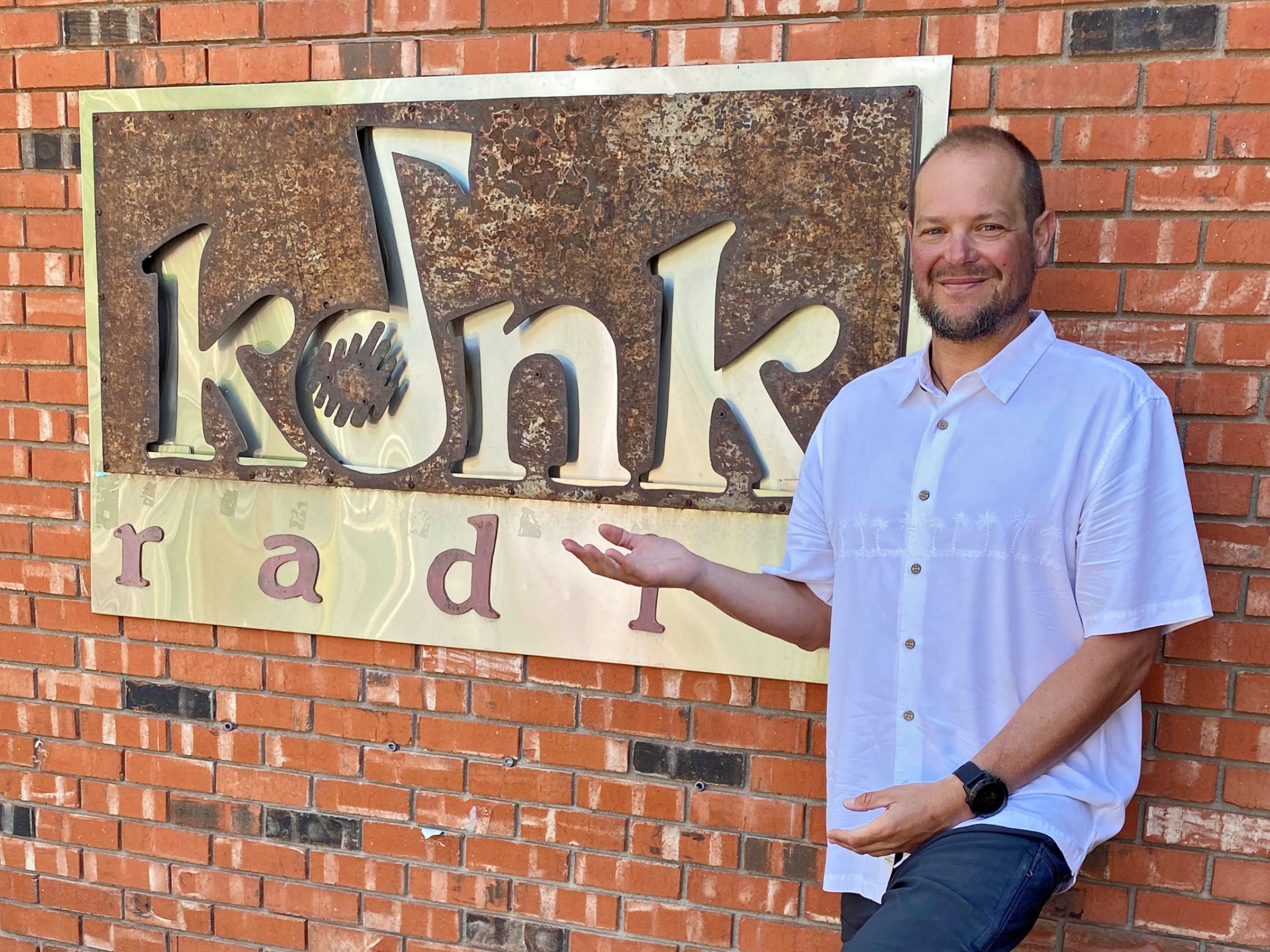 After an intensive nationwide search, Carbondale’s public service radio station has brought in local media honcho Corby Anderson to serve as its executive director, a position that expanded  the role of general manager to one that is more involved in community service.

Anderson, who has lived in the valley for 20 years, brought a wealth of experience to this new position. He previously served as news host, sportscaster and DJ at KDNK. He was station manager at GrassRoots television for eight years and then helped spur the growth of the Colorado Mountain College(CMC) Isaacson School for New Media.

He taught radio, audio, film and video production and also was station manager for the school’s Radio CMC, which Anderson described as a professional training ground where students could have real, on air experiences.”

Anderson praised KDNK staff for rising to the disruptions brought to town by the COVID-19 pandemic.

“They were well prepared, and everyone pitched in while navigating the evolving state orders, public health guidance and local ordinances. They worked hard to fulfill the station’s mission: To connect community members to one another and the world. The station strives to serve, reflect, and belong to you — our community,” he said.

“I see KDNK as being the heart and soul of Carbondale,” Anderson declared,  “And my job is to be the heartbeat.”

“I’ve always wanted to have a radio career,” Anderson recalled, “I love radio with a passion for its presentations of storytelling, sports and music.”

As a child, Anderson enjoyed listening late at night with his transistor radio tuned to a mixture of jazz, blues, sports and talk Shows. Later, his brother Ody, had a high school radio show which featured heavy metal music. Corby found his niche.

Born in North Carolina and raised in San Francisco, Anderson chose the Roaring Fork Valley as the place to put down long term roots.

“This place brings a sense of peace, quiet and a slower pace of life,” he noted. “Carbondale has a strong sense of community as people who move here and often become mountain people themselves.”

“I had spent about a year traveling around the world as concert director for ‘Florence and the Machine,’ an English indie-rock band, but it was time to go home,” he said.

KDNK first went on the air in 1983 and has grown to broadcasting  24/7 with an eclectic mix of
reggae, hip hop, news, public affairs, sports, soul, dusty folk and southern roots.

Anderson points to the Andy Zanca Youth Empowerment Program as one important community effort that KDNK supports. Designed for kids eight to 18, from Aspen to Rifle, it encourages children to express themself and develop leadership skills to help youth find their adult voices.

Other public affairs programs include Geek Speak, Aspen Business Connect and Financial Planning. If you go to KDNK.org, you will find the complete lineup schedule.

As Andnerson said, “My door will always be open to the community. Just call and we can chat.”