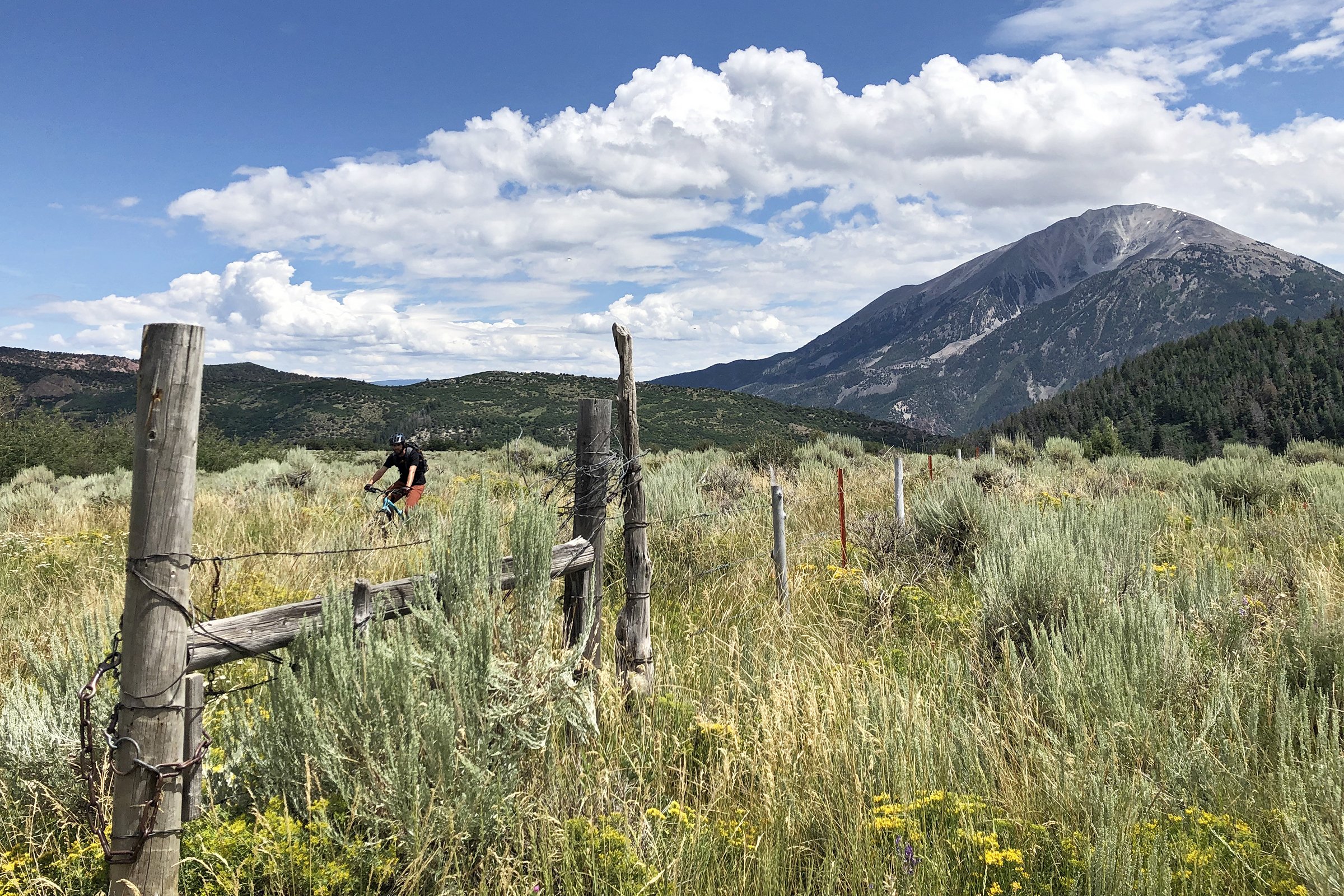 Heave ho, here we go. The long stasis of uncertainty surrounding the fate of Thompson Divide yet again has a chance to cross the seemingly elusive finish line.

The Colorado Outdoor Recreation and Economy (CORE) Act is in the midst of federal legislation and if passed would protect 400,000 acres of land in Colorado, including the majority of the Thompson Divide.

Those who have been around Carbondale awhile have likely heard of the Thompson Divide Coalition (TDC); a group whose aim is to preserve 221,500 acres of federal land in Garfield, Pitkin, Gunnison, Mesa and Delta counties. According to the organization’s website, there are currently “61 active lease holdings [oil and gas] in the area covering approximately 105,000 acres.”

The CORE Act was introduced by Senator Michael Bennet and Rep. Joe Neguse in June 2019. It has passed the House and is on its way to the senate floor.

If passed, the CORE Act would prevent any future oil and gas leases from being issued on 200,000 acres of the Thompson Divide land. Existing lease holders would have the option of relinquishing their leases and in turn be compensated for for nearly all expenditures, sans legal fees.

Wilderness Workshop (WW) in Carbondale has also been a key part of the fight, on the side of preserving Thompson Divide. WW’s Executive Director Will Roush acknowledges that even if the bill passes, which he is more than hoping for, “There are also existing leases in the Thompson Divide that would be unaffected by the CORE Act,” he states, “so more work to do there as well to protect the place.”

The CORE Act is being pushed through as part of a larger bill, the National Defense Authorization Act (NDAA). The last significant public lands bill that passed by way of the NDAA was in 2015 and protected the Hermosa Creek Wilderness in SW Colorado.

“Senator Bennet has twice before introduced a similar bill to protect the Thompson Divide and neither bill passed the Senate,” says Roush.

Another purpose of the portion of the bill concerning the Thompson Divide is to, as it reads, “Promote the capture of fugitive methane emissions that would otherwise be emitted into the atmosphere.”

“If implemented the methane capture provisions in the bill would have a significant benefit to our climate by reducing methane pollution which is 86 times more potent a greenhouse gas than CO2,” says Roush. The existing methane emissions largely come from abandoned coal mining operations.

Not only would the methane program be beneficial against climate change but it can also provide an energy supply. “The existing Coal Mine Methane project near to the Thompson Divide was developed by Oxbow Mining LLC, Vessels Coal Gas, Gunnison Energy LLC, Aspen Skiing Company and Holy Cross Energy at the Elk Creek Mine near Somerset in Gunnison County,” Roush states. “This project co-locates a 3 MW power plant and a thermal oxidizer that destroys the remaining methane emissions.”

A separate bipartisan bill sponsored by Senator Cory Gardner known as the Great American Outdoors Act (GAOA) recently passed in the House after passing in the Senate in June. On Aug 4 it was signed into law by Donald Trump.

GAOA is meant to fully fund the Land and Water Conservation Fund (LWCF) and allocate up to $9.5 billion to a National Park and Public Lands Legacy Restoration Fund which is to be used for overdue maintenance projects mostly within National Parks Service lands.

Senator Gardner has yet to commit to the CORE Act but has said, “We’re trying to figure out a way forward for it. I think there is certainly a way that it can pass.”