Our Town: Miles Phillips —“I just like making things” 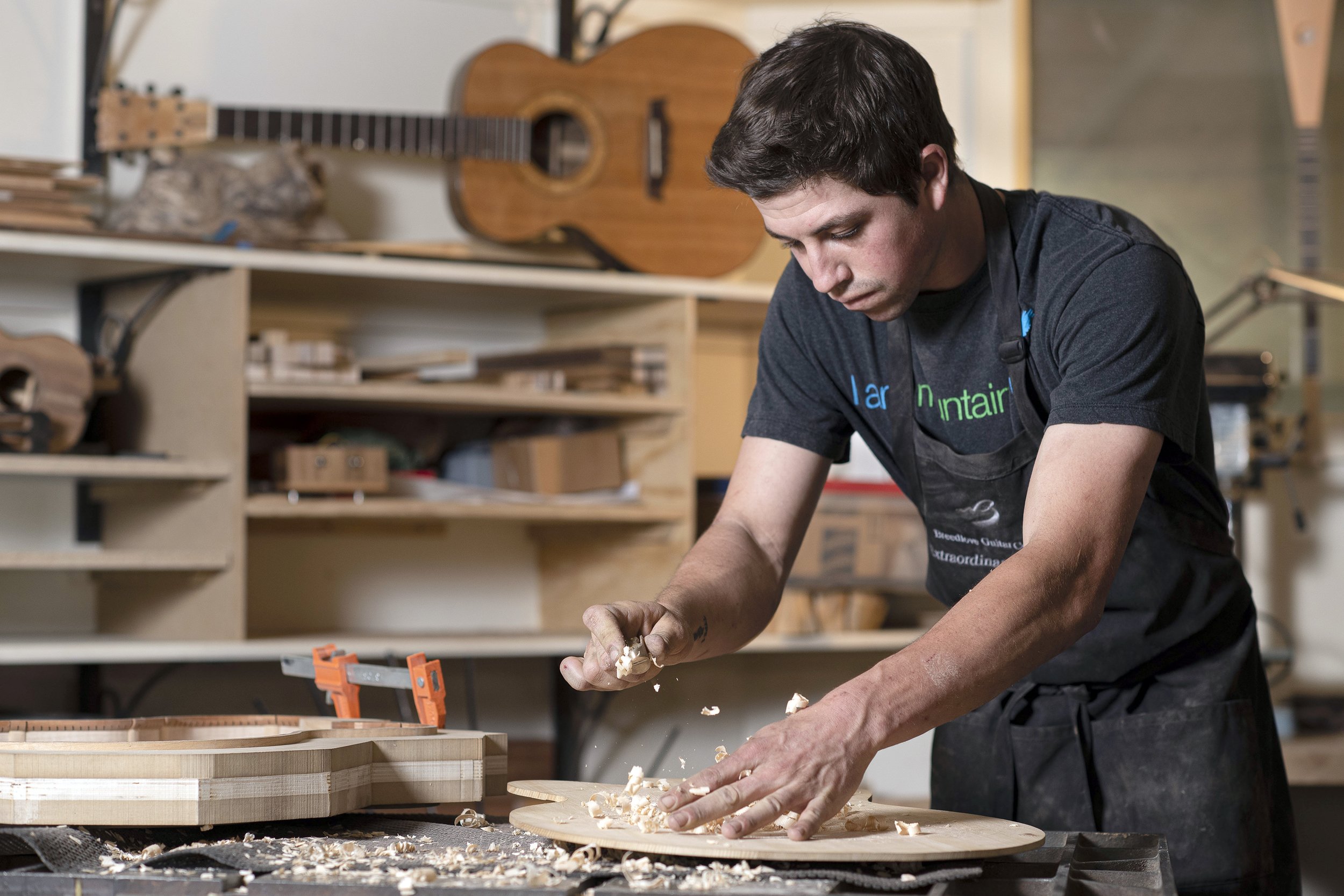 The Sopris Sun is conducting a series of interviews with folks you may not have seen in the paper before – a sort of introduction to your neighbors. This week we caught up with Miles Phillips, musician, instrument maker and metal worker.

Q: You and [step-brother James Steindler] grew up on Flying Dog Ranch?
A: Yeah, we grew up in Woody Creek. We spent a number of years in childhood there and then moved throughout the Valley.

Q: Were you interested in music as a kid?
A: I grew up playing in a band. We had about a gig a week from fifth grade through graduating high school. We started the band at the end of fourth grade for the battle of the bands and won six years in a row. My biological father, Biff (or Chris) Phillips, is a pretty amazing musician, and I was lucky to pick up the music gene from him.

Q: What got you interested in guitar making?
A: In high school I got interested in woodworking and made a bass my sophomore year. I asked [the woodworking teacher] what was something that nobody had made before, and he’d seen only one acoustic guitar. So, my senior year I made two acoustic guitars, one steel string and one nylon string. After that I didn’t really want to go to college.

Q: So, what did you do?
A: I tried to ski bum for a little while, but my family said you gotta do something with your life. I found a guitar-making school on Vancouver Island, which is where my mom had grown up. I was very fortunate to … go to that school.

Q: How did the guitar-making shop come about?
A: I was really lucky. My mom was friends with Heather and Franz Froelicher, the owners of Blue Heron Forge, and heard that a shop space was available [above the forge]. I came back [from school], got the shop space, and have slowly been putting everything I can into [it] over the last eight years. I started framing houses … learned the ropes … and that was my funding for this shop.

Q: Do you have a steady amount of work in the guitar shop?
A: I’ve always had one build going and a number of instruments in and out the door consistently for guitar repair. I have a full-service repair shop here and can offer whatever your instrument needs.

Q: Have you made any notable instruments?
A: After I got back from guitar school, I built a violin-style solid-body bass for the bass player of the band Thievery Corporation. After he toured Europe with it for a year, I started on round two for him, which was a Fender P-base body mixed with a Gibson headstock and neck. He’s been playing that ever since.

Q: Is that one of your basses on the wall there?
A: That was the first bass I made in high school. I bought the neck and made the body in wood shop. I used to [play it at gigs], but now I have a six-string bass. I made the entire instrument, aside from the tuning machines and the bridge, and wound the pickups.

Q: Any other well-known musicians have your instruments?
A: I’m working with a few other musicians right now. One thing that happened [from my work], though, was I went on tour as a guitar tech with Michael Franti and Spearhead for a year. I learned a lot and made a lot of really cool connections.

Q: You’ve done some really neat stuff.
A: I’ve been very fortunate to be part of this Valley … [it’s] got a unique intimacy with fame that you don’t find in other places. You can’t sneak backstage in Las Vegas or L.A. and meet Billy Gibbons from ZZ Top, but I can say I’ve done that at Belly Up by just hanging out [there] after the show. I’m very thankful to be here in this community.
I recently picked up two clients … the owners of Gibson [Guitars]. I was doing a restoration on an amazing old mandolin for one of the old members of the Nitty Gritty Dirt Band. The sticker in it was not accurate to the date of production, so I sent these two clients a photo. One got back to me right away … and said that’s probably a 1917 oval-hole Gibson mandolin. That was really cool.

Q: How did you get started in the metal shop downstairs?
A: Franz asked me for some help and offered to teach me some metalworking, and I got hooked! I prefer to be making guitars, but making anything is fun.