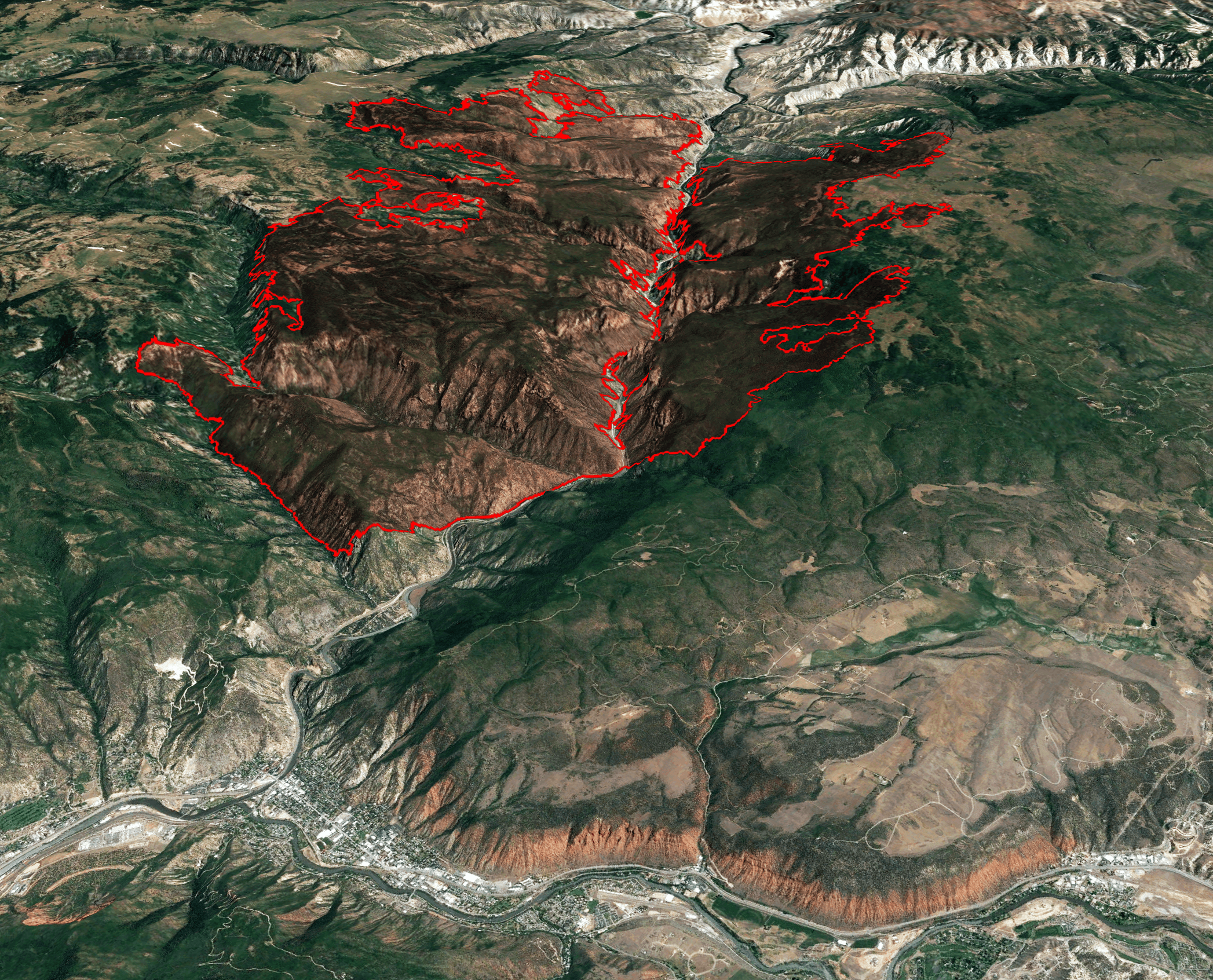 “When we first got here we had red flag warnings and wind and slope and all those things that just align perfectly to create a huge fire fairly fast,” he said. “Now we don’t have that. We have different vegetation types; we have no wind. It has given us a good opportunity to put those lines in to protect the community.”

Surber walked viewers through a variety of barriers — including dozer line, hand crews, fire retardant and even a controlled burn — between the fire and Glenwood Springs, Dotsero, Missouri Heights and Bair Ranch. While far from formal containment, it’s among the more reassuring reports since the fire began.

Incident Commander Marty Adel tempered the optimism somewhat looking ahead to the potential for high winds from the north and tight resources, but also assured the public that the damage isn’t as bad as they might think

“Some of the areas have been charred, but there are even more areas that are still green,” he said. “There’s still an incredible amount of beautiful canyon… that’s still there.”

In the meantime, at least 200 residents have been displaced, and Interstate 70 remains closed between Glenwood Springs and Gypsum, as does Cottonwood Pass, Hagerman Pass, the Eagle-Thomasville road, and large sections of the Flat Tops. With commercial traffic limited on State Highway 13 and Independence Pass, the recommended detour is south to U.S. 50.

Health advisories have also been issued for air quality, with the west side of the fire seeing the worst smoke in the morning and the east side receiving the brunt of it in the evening, according to Air Quality Advisor William Basye.

Numerous other fires — including the more-than 125,000-acre Pine Gulch fire in the western part of the county — continue to pop up around Colorado and the West, prompting a statewide burn ban.