Fires affect infrastructure in the valley and beyond 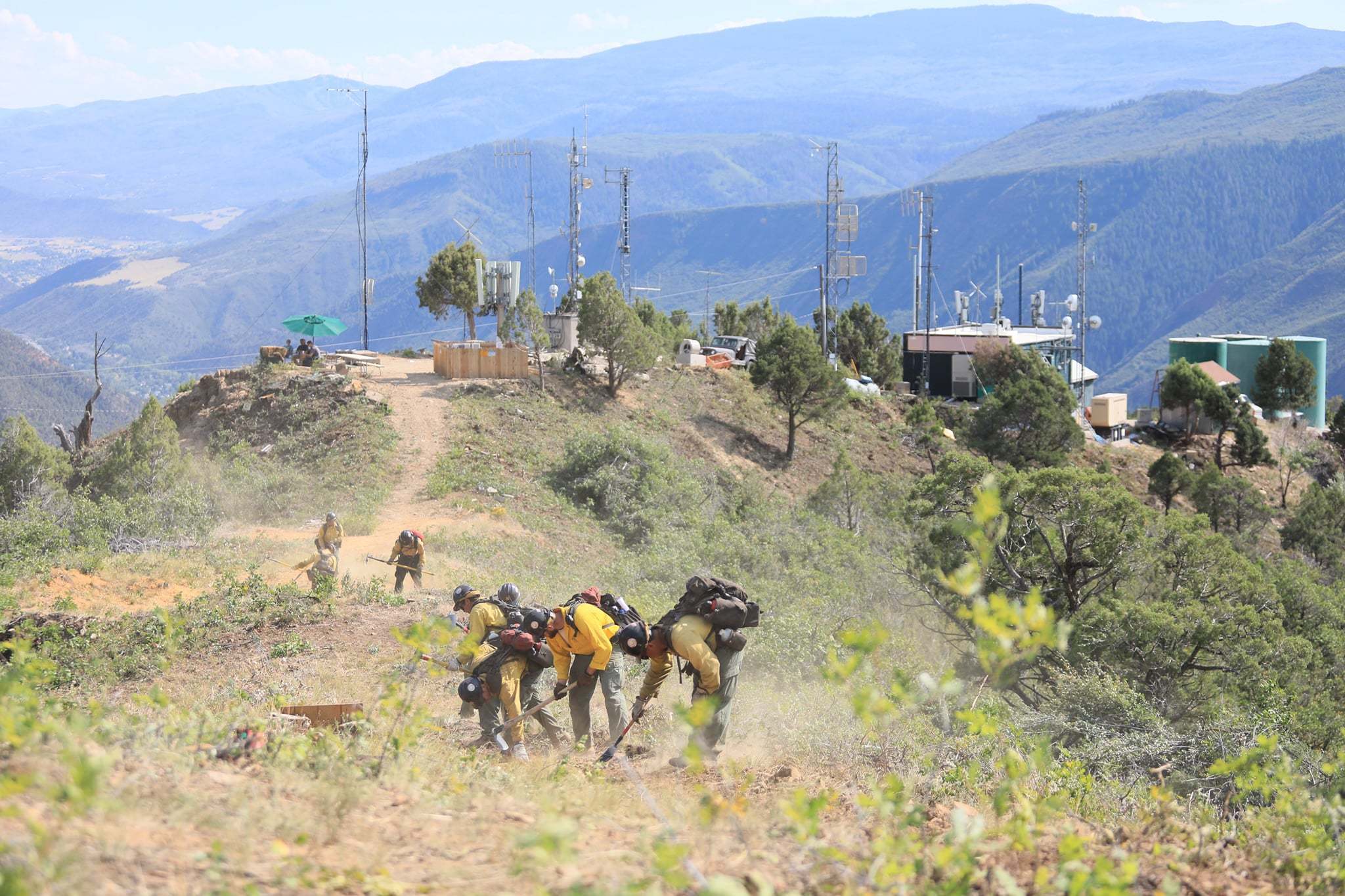 While the fight against the Grizzly Creek Fire wages on, infrastructural repercussions continue to mount — some of which will not be fully assessed until the inferno is extinguished.

The prolonged closure of I-70 has caused delays for businesses and institutions which rely on supply chains coming from the east.

“There are several safety components that have to be evaluated before I-70 can reopen,” Elise Thatcher with the Colorado Department of Transportation (CDOT) explained. That evaluation process has yet to occur and it’s undetermined as to when it can begin.

“It’s too soon to know exactly what we’ll need to do to reopen I-70 in Glenwood Canyon due to the ongoing fire activity,” Thatcher stated. When the time comes, “We will inspect bridges and other structures to determine if there has been damage and will also assess rock fall risk and other issues associated with fire impacts,” she summarized.

Thatcher could not speak to the condition of the Hanging Lake Tunnel renovation — which has been going on for several months — and how serious the damage has been.

CDOT strongly suggests that truckers stick to the suggested detours to circumvent the canyon. “The recommended detour is US 50 to US 285 to Denver,” said Thatcher.

Tension ensued between Garfield and Pitkin County officials regarding Pitkin’s decision to close Independence Pass after multiple semi drivers got stuck on the route. Garfield officials claimed Pitkin County was acting arbitrarily and should monitor traffic to permit personal vehicles but restrict semis.

Eventually it was reopened and, “is a good option if motorists are using a passenger vehicle and are comfortable with winding, narrow mountain roads,” said Thatcher.

Local grocery stores experienced delays getting products to the shelves because of the I-70 closure. “We are redirecting our trucks and anticipate a 2-8 hour delay in our deliveries,” said King Soopers and City Market’s Corporate Affairs Manager Jessica Throwbridge. Regardless of the setbacks, the new City Market in Carbondale is still set to open its doors on Aug. 26.

Additionally, the area’s fuel supply chain was disrupted. According to Roaring Fork Valley Co-Op Manager Don Boos they were able to obtain fuel from other sources to the west and north as far as Wyoming. However,, “Normally we pull a lot from the Denver area and it’s affected that,” Boos stated.

The railroad system through the Canyon has also had to reroute its trains. “Union Pacific (UP) has experienced minor damage from the Grizzly Creek wildfire,” a statement from UP read. “Traffic has been stopped per the U.S. Forest Service,” it continued, “Once we receive permission to resume traffic, we will be able to do so, but no timeline has been given.”

Freight trains — including coal supply — which typically go through the canyon, “Have been paused or rerouted,” the statement read.

Glenwood Springs’ water supply has reached a point where the City has notified its population with the possibility of nixing outdoor watering altogether. An Aug. 18 press release read, “Residents are advised that the City has limited access to water out of its No Name water source and no access to our Grizzly Creek water source. This means the City is relying solely on the Roaring Fork pump station as the City’s sole source of water for domestic and firefighting purposes.”

The city implemented an odd/even watering schedule on Aug. 14 but water usage has not lessened. If the city does not see a decrease in water use before Aug. 21 they will enforce a “no lawn watering” restriction.

It’s expected that watering restrictions will likely last into 2021, “And potentially beyond,” according to the statement.

Glenwood Springs Public Works Director Matthew Langhorst explained that, “The City owns 500 acre feet of Ruedi water that can be released at a rate of up to 6.773 cubic feet per second if requested.”  He went on, “This amount of water would allow the City to technically run at full water capacity from the pump [in the Roaring Fork] station for approximately 32 days.” Langhorst further mentioned that the city is, “Also working with the State on a long term water rights transfer option.”

The Shoshone hydroelectric facility has stopped operating “Due to damage to the power lines that run from the plant to customers throughout the Western Slope,” a statement from it’s operating company, Xcel Energy read. The water that is typically used to generate power to the facility is being released downstream.

According to Langhorst, the city pulls energy from three separate Xcel facilities — Shoshone being one of them. Langhorst assures that until the plant is operational again, the city will be able to rely on its other feeds for electrical needs.

As a result of the Pine Gulch Fire many oil and gas wells have had to suspend operations. “Operators have shut down wells that may be in the path of the fire in an abundance of caution,” said Chris Arend, Communications Director with Colorado Department of Natural Resources.

“They are also assisting  the firefighting operation by providing tanks with fresh water as well as freshwater pits for helicopter operations,” continued Arend. Because oil and gas wells are generally devoid of brush, firefighting crews have used the locations to set up staging areas.

Fortunately, a blaze near the Rifle Fish Hatchery on Aug. 16 was quickly contained and the hatchery was not directly impacted according to it’s manager David Trojanovich.

That said, the hatchery typically supplies lakes to the east and has not been able to deliver those fish due to the Grizzly Creek Fire. “We even stock fish near South Park at Antero Reservoir but haven’t stocked this week’s supply due to the closure of I-70,” said Trojanovich.

As a result of the Fish Hatchery fire an evacuation order was issued for nearby residents as well as the Rifle Falls State Park Campground. Park Manager Brian Palcer said evacuating the campground went smoothly due to there being only two camping groups present. Ironically, he assumes this was thanks to the I-70 closure, which thwarted travelers’ plans to visit the area. Otherwise, according to Palcer, “This summer we’ve been absolutely packed to the point we’ve had to turn people away.”