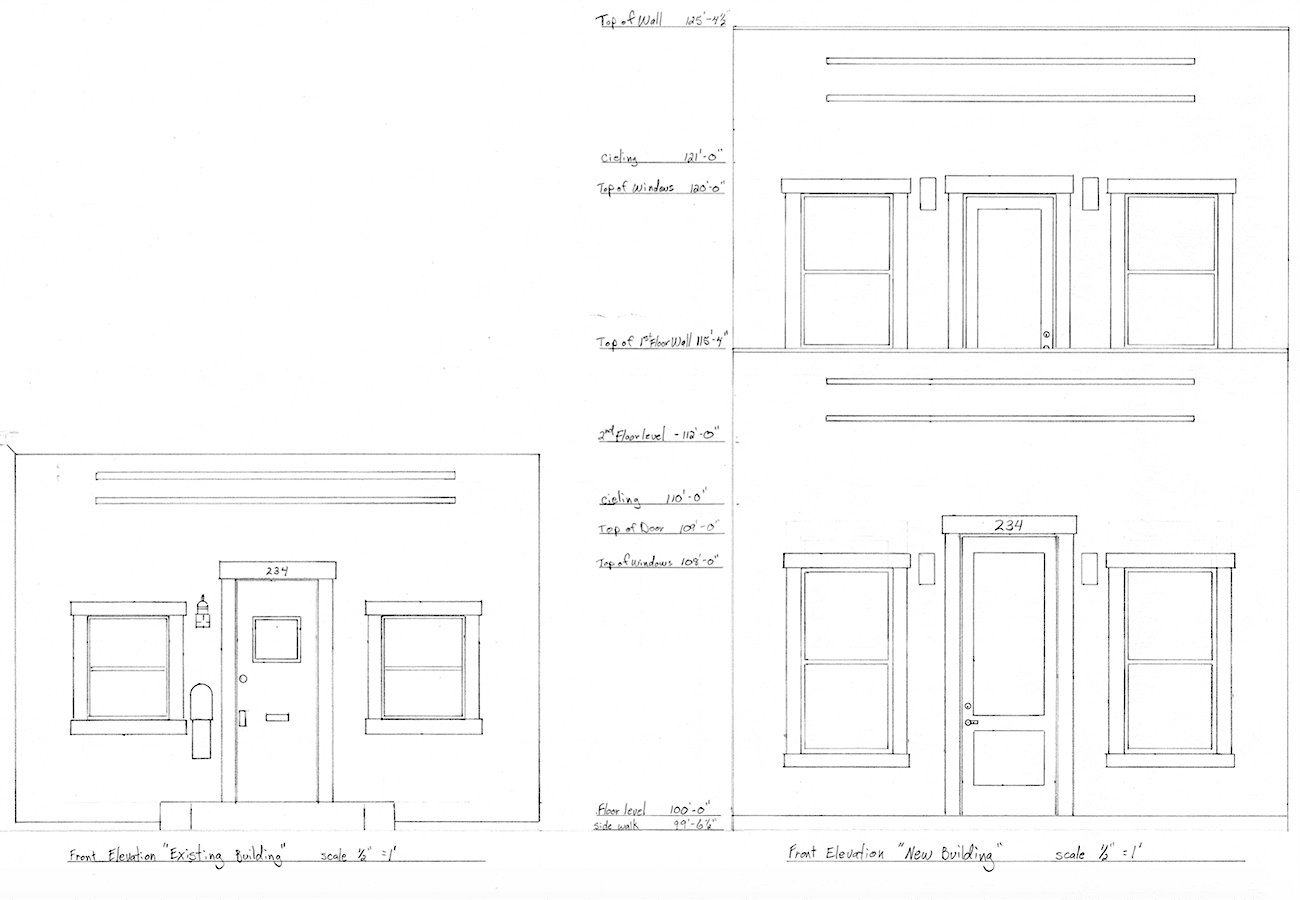 Although an obscure provision of the municipal code won’t be enough to save a historic building, it did help tell its story.

It all started when the owners of 234 Main Street — built to house the original telephone switchboard and most recently the home of Defiance Social Club and Tattoo Parlor — requested a permit to raze the structure. Since the building in question is over 50 years old and part of the Historic Commercial Core zone district, that automatically triggered a review to see if it qualified for a landmark designation.

The Carbondale Historic Preservation Commission (CHPC) thought it did.

“The building is significant in the growth of Carbondale during the early part of the 1900s,” Commission Members Nick Miscione and Eric Doud determined. “It was built specifically for a technological innovation and represents a certain level of prosperity in the community at the time. The architecture of the building is very modest and may have been a repetitive type provided by the telephone company for their specific use.”

The lot, they discovered, was sold for taxes several times between 1888 — the year Carbondale was incorporated — and 1928. The Mountain States Telephone & Telegraph Company brought a line into the valley in 1895, but accounts differ on where exactly the original hub was located. The building in question first appears on a 1912 Sanborn map commissioned for fire insurance purposes, and a very similar structure still stands in Basalt.

The telephone infrastructure — presumably a manned, manual switchboard at the time — eventually moved across the street (the same switch Alpine Animal Hospital would later make) before ending up in its current location on the corner of Fourth and Main streets.

As the CPHC prepared for a public meeting, one essential piece of the puzzle was missing: an owner interested in pursuing a historic designation. Contractor Rock Leonard layed out the development perspective in a letter to staff.

“The initial intent was to save the original front part of the building as she liked the look of it,” he explained, but the lack of a proper foundation, access issues, structural integrity and the possibility of mold made that a nonstarter. “The owner likes the way the old building looks. It is her desire to build a new building that incorporates the original design elements.”

At the virtual public meeting, Planner John Leybourne explained that a designation would likely require the exterior to be restored as close to its original condition as possible — a challenge with an original wall missing and new windows in the rest.

“It’s just not feasible; it’s not reasonable,” owner Lauren Poleski told the board. “There’s no way I’ll be able to do what I’d like to do and also give consent to keep what’s here.”

No one from the general public participated in the public hearing, although the commission did receive a letter.

Noted Leonard, “I haven’t run into anybody that has very many concerns about this building with the exception of the Historical Preservation Committee.

Commission Member John Williams, also a member of the Carbondale Historical Society, took issue with that. He and fellow Commissioner Kim Magee discussed the idea of preserving the facade in some capacity — perhaps in the history park at the intersection of Weant Boulevard and Highway 133 — but Leonard felt that would be impractical.

Meanwhile, Miscione felt that although components of the structure were eligible for preservation, he wasn’t sure it was reasonable to ask the applicant to restore or repair it.

Williams felt that it was, while Doud didn’t think it was the CPHC’s job to decide that.

In the end, while Miscione made a motion to enter into negotiations Poleski’s lack of interest rendered it moot.

“CHPC would like it on record that we’ve decided unanimously that the structure is eligible for landmark status, has asked the owner to take steps to preserve elements of the structure that are historic, and the owner has chosen to move forward against the CHPC’s advice,” Miscione said.

The demolition could take place at any time, although new construction would be subject to permitting and review.