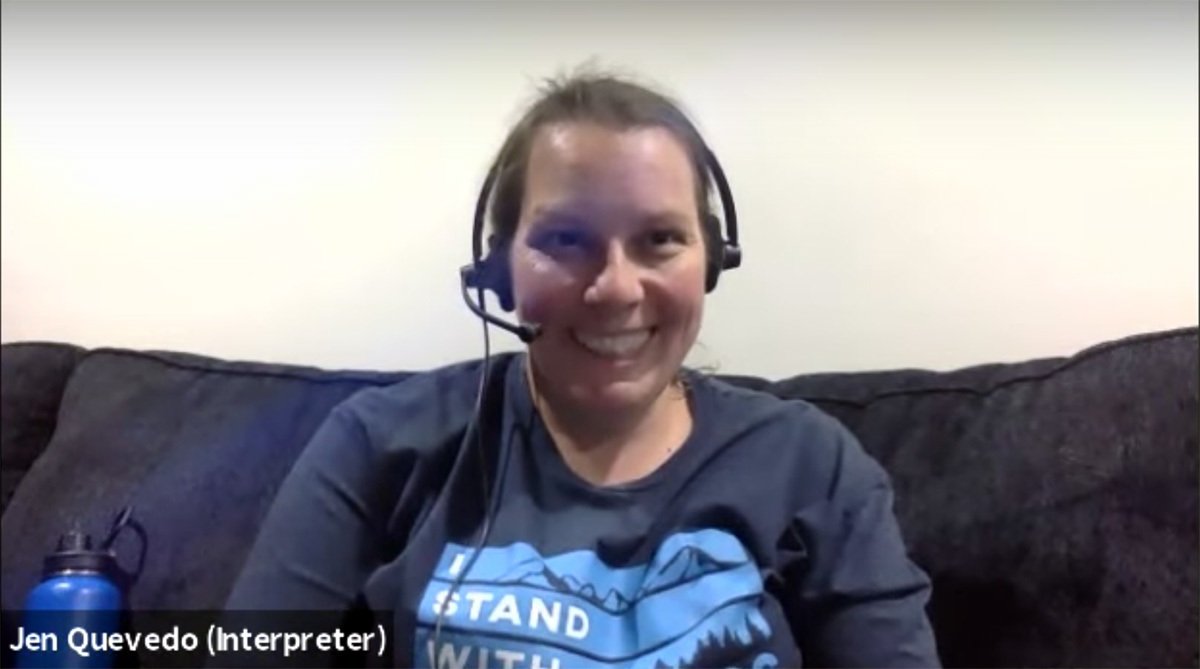 On Aug. 25, the Town of Carbondale (TOC) held its first ever Spanish translated Board of Trustees (BOT) meeting via Zoom. This puts Carbondale yet another step closer toward transparency with the Spanish speaking portion of its community.

While before meetings could merely be summarized and explained in Spanish after the fact, now the content will be streamed simultaneously in both languages.

Town Clerk Cathy Derby mentioned that, “We had a few people attend the meetings via Zoom requesting they be interpreted into Spanish.” This incentivized Derby to do some research. “I didn’t know that Zoom had an interpreter feature” she said, “Once I found an interpreter it was really easy to get the meeting translated.”

When someone joins the virtual meeting on Zoom, “At the bottom there is an interpreter icon — it looks like a globe — and you just click the Spanish button,” Derby excitedly explained, “It’s super easy.”

According to Derby, the first translated meeting went smoothly although she has not received much feedback. “I think it went well,” she said and then added, “Hopefully more people will tune in as the word gets out.”
Interpreter Jen Quevedo has assumed the role for the town. Though Quevedo is not otherwise a TOC employee she is paid out of its budget.

If anything, Derby is slightly concerned for when it comes time to resume in person BOT meetings. Why? Well, when using the translation feature on Zoom the English speaker’s voice can be completely overshadowed by the interpreter’s. Therefore, Spanish speakers can still see the person who is talking and understand the information as it’s being provided. Furthermore, typically, “The meetings are televised on YouTube so I don’t know if it’s possible,” to have it translated in the same way Derby stated.

Regardless, “I am in the process of trying to figure out how we will have an interpreter when we return to in person meetings,” she assured.

At this point, there is not a recorded Spanish version of the BOT meeting saved online for someone to watch on their own time. Only the English version has been uploaded to the town’s YouTube page. The town intends to remedy this hiccup and Derby expressed that, “It’s frustrating but hopefully we will get it figured out.”

“The Board has made communication their priority this year and next,” Derby stated.

The year thus far has underscored the urgency of getting information to everyone. From government shutdowns to evacuation orders, various intelligence has been pertinent for people who speak either language.

That’s why, “We have a contractor translating our Facebook Live community meetings into Spanish in real time,” said the Grizzly Creek Fire teams’s current Public Information Officer Tim Mowry. The team has also had, “Daily written updates [translated] into Spanish, as well as daily smoke reports and our daily operational videos; all of which are posted on the Grizzly Creek Fire Facebook page,” Mowry stated.

Facebook groups such as ‘Montañas Unidas/ United Mountains’ have formed to enhance communication between Latinos and Anglos in the Valley. The page’s description reads, “In an effort to streamline communication amongst vested community members, this group has been created.” Samuel Bernal with La Tricolor Aspen (LTA) radio station is the page’s administrator. LTA has also been keeping the Spanish speaking population informed of critical updates and regulations — including fire restrictions.

According to the most recent data from the US census 45 percent of Carbondale’s population speaks a language other than English. The same source indicates that 48.9 percent of the town is made up of people who identify as “Hispanic or Latino.”

It remains to be seen if other local governments will follow Carbondale’s lead. The Sopris Sun inquired about implementation for Garfield County Commissioners meetings, but has not yet received an answer.