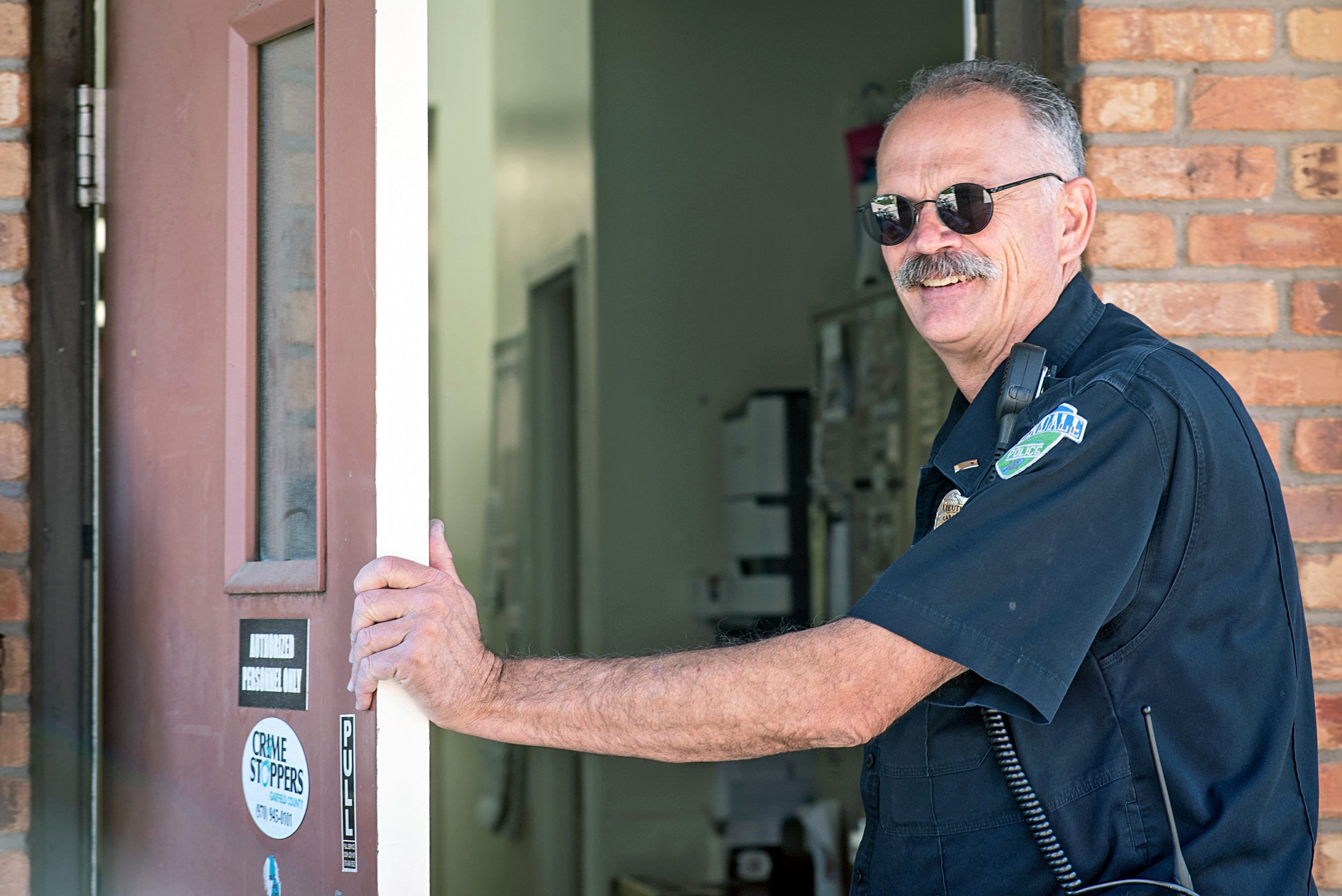 For 25 years, locals have known Chris Wurtsmith primarily as a leader within the Carbondale Police Department. But after his retirement as a lieutenant this week, they’ll have to get acquainted with him as an amateur prospector, or perhaps an automobile pinstriper.

And while he’s planning an extended road trip around the country with his family, he’ll be back. His roots go back to local cattle ranching, and the Valley always seemed like home.

“As a kid coming up here, I decided this is where I wanted to be and bring my family,” he said.

Along the way, he worked on the Glenwood Canyon Project and enrolled in the law enforcement academy. His brief stint as a jailer with the Garfield County Sheriff’s Office ended in 1995 when then-Carbondale Chief Fred Williams offered him an officer role through a COPS fast grant.

“The nation was in severe need for police officers at that time,” Wursmith explained. “Fred really needed somebody who could speak Spanish. It turned out to be a really good fit.”

He recalled the Carbondale of his early patrol days as rougher, with a lot more bar fights. He also saw more of a conservative influence, but doesn’t think the community’s move to the left has changed his role much — even with the political context nationwide.

“I feel like Carbondale has heavily supported the police and that they appreciate the brand of law enforcement that our P.D. brings,” he said. “Every community has its own flavor. This department fit the way I see law enforcement should be done…  as long as you have time, trying to go the extra mile.”

His transition to sergeant in the early aughts marked a move toward leadership, but not a lot of difference on the ground.

“Sergeant in a small police department is really really similar,” he said. “The work doesn’t change and the cases don’t change, you’re just more tuned to the bigger picture.”

But, in retrospect, he really enjoyed each phase of his career.

“I’ve been blessed. Each time my role changed, I got to rub shoulders with amazing people around me,” he said. “The most meaningful part is helping victims of crime who often don’t have voices.”

“I’m just tired,” he said. “I’m a rockhound and an artist and I’m going to change it up a little bit.”

His mineral mania dates back to childhood expeditions with his dad, and its current manifestation includes some high-altitude mining claims and an informal rock club with insurance agent John Bell and retired officer Mark Luttrell.

“Mark started showing me how he makes materials into jewelry, so that that’s the latest thing I’ve been able to get involved with,” Wurtsmith said. “When people come to a region like this, they want a piece of it and they love the story behind it.”

While a wide range of artistic mediums bring him joy, his current favorite is old-school pinstriping like Von Dutch or Ed Ross.

“When I was about 13 or 14, I watched my first pinstriper and ever since then I’ve had the bug to do it,” he explained.

That fits in perfectly with his membership in the Valley Cruisers car club and his own Model A Roadster street rod.

Of course, he’ll miss the camaraderie of the department, but, even with longtime Chief Gene Schilling leaving soon, he thinks it’s in good hands, from soon-to-be Chief Kirk Wilson on down.

“We have a lot of young, talented officers here and a really good representation of different cultures to meet the needs of the community,” he said. “I’ve been blessed to be in the same department for 25 years. It’s been an awesome ride.”