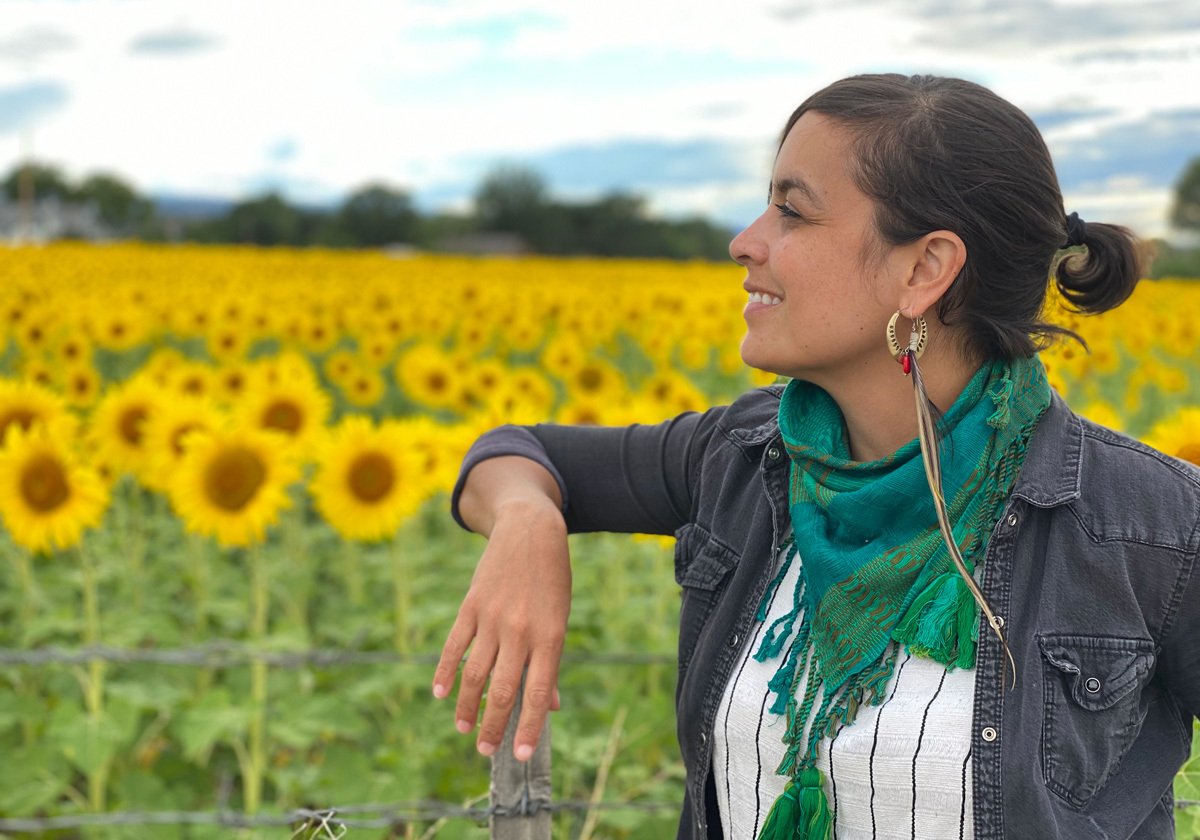 The race for Garfield County Commissioner from District 2 is shaping up to be one for the history books as Beatriz Soto’s entry alongside six-term incumbent John Martin (R) and Brian Bark (IND) makes it the first three-way race in Garfield County in over three decades. And if Soto is elected, she would become the first Latina to serve on the Board of County Commissioners in GarCo’s history.

Soto’s entrance comes after Katrina Byars, the previous Democratic nominee for District 2 — which covers Silt, New Castle and parts of Glenwood Springs — stepped aside in early August citing the need for “real representation,” and instead endorsed Soto.

Soto, a Glenwood Springs resident, architect by trade and the current Director of the Defiende Nuestra Tierra program at Wilderness Workshop, has since been approved as the new Democratic nominee by the Garfield County Democratic Party and the Colorado Secretary of State, meaning her name will appear on the ballot in November.

By her own admission, Soto’s journey to this point has been an interesting one.

Born in Mexico, Soto moved to Florida at an early age, where she had an “experience similar to many immigrant youth in the United States,” speaking Spanish with her family, while reading and writing in English at school.

As a kid, she moved back to Chihuahua, Mexico before eventually making her way to the Roaring Fork Valley, graduating from Basalt High School in 1999.

She attended school back in Chihuahua to pursue a career in architecture, but returned to the Roaring Fork Valley periodically to visit family and, upon graduation, finally returned permanently, gained US citizenship and began a career as a sustainability-focused architect.

In 2018, Soto joined Wilderness Workshop as their Latino Outreach Coordinator, and since has co-founded Voces Unidas de las Montañas, an organization dedicated to promoting Latino and Latina leaders in the Valley, and the Latino Dems of Garfield, Eagle, and Pitkin Counties. Between these involvements she engages with the community on a broad range of issues from “environmental protection and public lands management to affordable housing and COVID-19 response.”

In part, Soto says, her recent entrance into politics is the necessary next step in overcoming the governmental barriers that stand in the way of her community advocacy. “You do all this work on the ground and then as soon as you try to actually push policies that support the work that you’re doing, you’re constantly hitting this wall,” she says, “that’s really what motivated me.”

But Soto plans on using her platform as county commissioner to go beyond just the issues she’s advocated for in the past, promising she’s “not a single issue candidate.” She describes her platform as including three pillars: inclusive government, environmental stewardship, and economic diversity.

“I want to make sure we have a government for all,” Soto says, “one that includes diverse communities, different age groups, and small business owners.” A government for all, she continues, is one that collaborates with towns and other governments throughout the Roaring Fork Valley and is accessible to the people.

As for environmental stewardship, she points to the fact that 60 percent of Garfield County land is public. “We live in such a beautiful place. We need to think about how we protect our land, our water and our air.” She warns, “If we’re not proactive, we’re going to have to be reactive.” A point made more salient by the recent wildfires.

For her campaign’s last pillar, economic diversity, Soto notes that “more than half of Garfield County’s income comes from a single industry. That’s just bad economics.” She mentions the need to invest in small business, ranchers and farmers, and the Valley’s thriving tourist economy, and build resiliency to an inevitable down-turn in the cyclical oil and gas industry.

Since starting on the campaign trail earlier this month, Soto has been doing research on issues and policies, assembling her campaign staff, and notably, collaborating with Leslie Robinson, the Democratic nominee for Garfield County Commissioner for District 3.

“We both need to get elected to do the work we need in GarCo. We are very different candidates, but we want to bring a collaborative effort to the county, where more voices are represented.”

The Sun reached out to candidates John Martin (the incumbent republican) and Brian Bark (independent) for comment, but received no response as of press time.