You may be young and healthy, but the virus doesn’t care 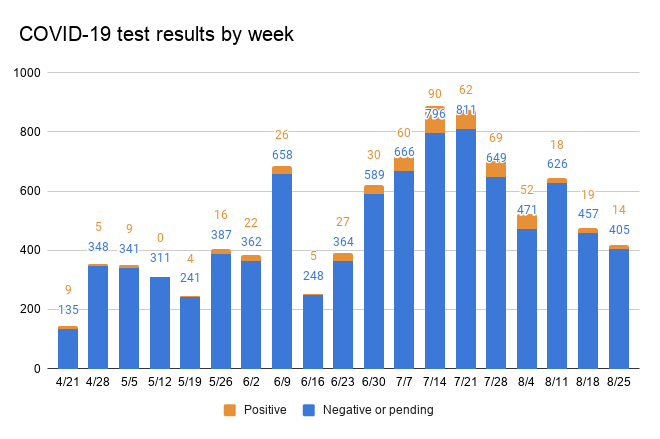 It’s early March 2020. Skiing is great, and people — locals and visitors — are enjoying the slopes, restaurants, live entertainment and music radiating from the many nightclubs and bars throughout the valley.

A visit to a popular Aspen venue would spice up the evening, thought three friends. But, deep inside life in paradise lurked a virus that would upend the world.
One of the group, Dani, 34, woke up several days later, on March 7, a chilly late winter morning in her Garfield County home with a cough, difficulty in breathing and a high fever. The symptoms continued for three days. She decided she needed to be tested for COVID-19 but was met with bureaucratic and healthcare roadblocks.

Medical personnel informed her she was not in a high risk group. “You’re young and healthy, so no test,” she was told.
However, community pressure made facilities open their doors to her just enough. She was asked to quarantine herself just in case. Her physician told her to just rest and drink fluids and prescribed cough medication.

Dani tested positive, quarantined herself and began her long battle with the virus and its ongoing effects.

Godes continued, “Garfield County 30 to 39-year-olds comprise 12 percent of our hospitalizations. As a point of clarification, We only report data on individuals who live in Garfield County.”

She added, “As of mid-August, none of the Garfield County 30 to 39-year-olds had a stay in Intensive or critical care units. None of our deaths have been in this age group.”

Dani continued her COVID-19 tale, “Two of my friends, Katie and Nate, who were at the same public event, were infected as well,” Dani said.

But each had different outcomes.

Ten years ago, Dani was diagnosed with supraventricular tachycardia, a condition the Mayo Clinic, Rochester, MN, described as an abnormally fast heartbeat with a rate of more than 100 beats per minute.

That, plus COVID-19, sent her to the hospital emergency room with cardiac problems. She is now taking beta blockers to control her heartbeat.

“The hardest part is not having more information on the possible long-term effects of the virus,” Dani noted, which for her now include short term memory loss and “hair shedding.”

Dani went back to work several days a week. She was glad for her strong support system including her ex who is now taking care of their six-year-old son.

Katie, in her early ‘30s, lives in Glenwood Springs, said she’s still having breathing problems from the virus, “Those like me with continuing issues are called “the long haulers.”

She too had problems getting tested even after being referred to a Vail hospital. “I didn’t get tested till three weeks had gone by.” That meant the results were inconclusive.

“I can’t work. I have hallucinations, severe memory loss and little energy, ” Kate reported, “So, I’ve started distance learning for a masters degree in my field, landscape architecture at the University of Colorado Denver.”

“The lung test results resembled Chronic Obstructive Pulmonary Disease (COPD) or severe asthma, but it would take about six more months to even know. I’ve been diagnosed with post covid syndrome.”

Katie had been told, “There are a lot of long term effects. Fortunately, I can get a flu shot but don’t know about getting the pneumonia vaccine.”

Godes noted, “We don’t have a way to track the severity of illness. There is not a pattern among who will have severe symptoms and who won’t. “

Another of the 30-something group of friends, Nate, chronicled his experience with COVID-19:

“I was very tired with a severe headache and a fever of 102 degrees for 24 hours. On the third day my chest was constricted. It felt like someone was sitting on my chest.”

“For the first month,” he added, “I couldn’t walk up a small hill.”

But, he “knew I was getting better,” and said he is still improving.

The Centers for Disease Control and Prevention (CDC) compared 30 to 39 year olds to those in the 20 to 29 group. The older group had 2 times higher hospitalizations and deaths were four times higher.
Also, the CDC reported nearly 30 percent of confirmed US coronavirus cases have been among people between 20 to 44. And it stated “While older age groups are still at more risk from COVID-19, the numbers show that lots of younger people are getting sick as well.”

Time magazine reported that, in current COVID-19 hotspots like Texas, Florida and Arizona, “More people of all ages seem to be getting sick in these areas, and we now have enough tests to see it happening… if young people throw caution to the wind, though, it may have ripple effects for older and more vulnerable people. Young, healthy people who get mild or asymptomatic disease can still be carriers, potentially transmitting the virus to someone who goes on to have a much more severe case.”