Local runner brings the spirit of Boston to the valley 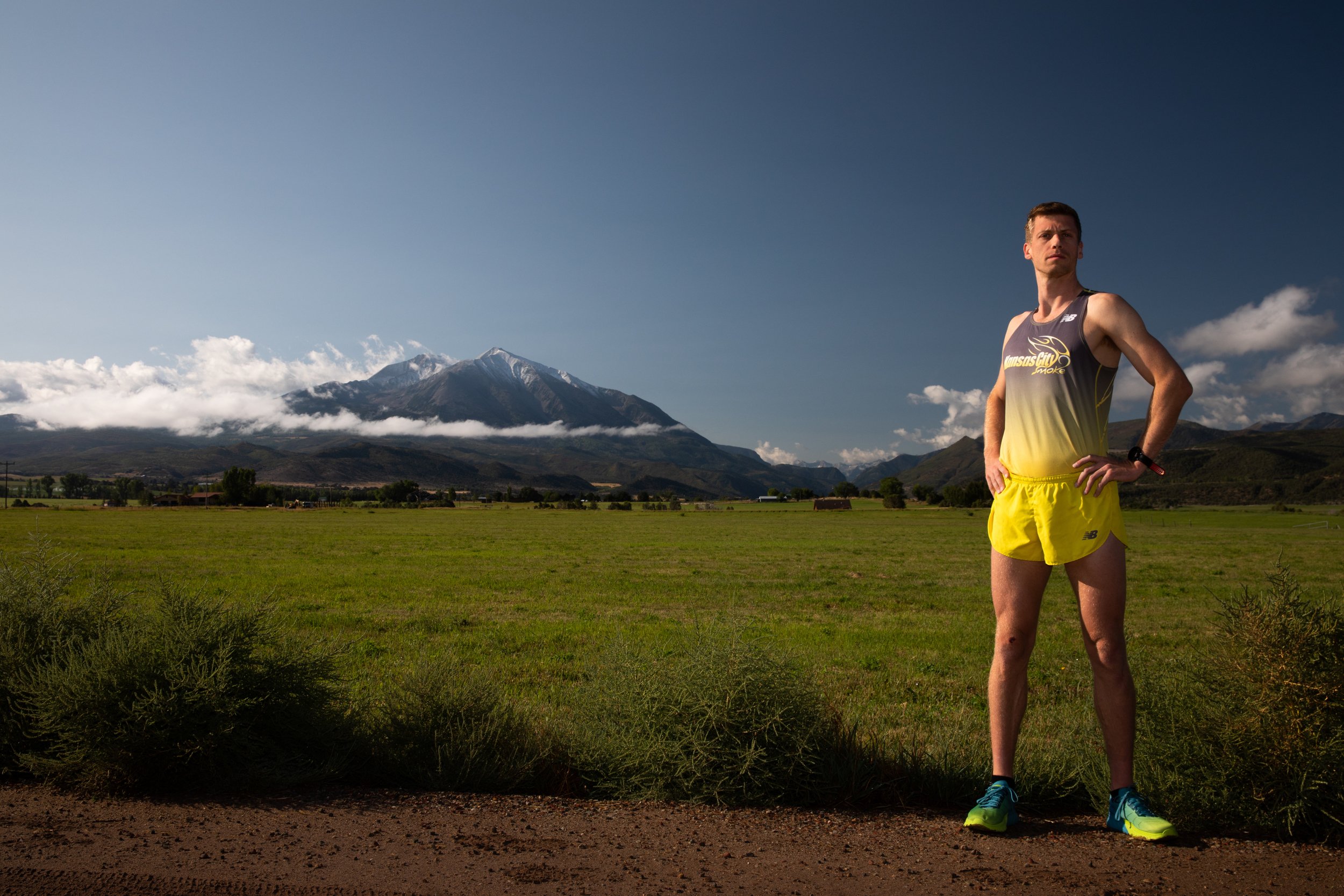 Running enthusiasts, mark your calendars and get set to cheer on Ascendigo’s Life Enrichment Program Manager Justin Garrard as he attempts to run a speedy down valley marathon on Sunday, Sept. 13 to raise awareness for Ascendigo.

On May 5, 2019, Garrard ran an impressive time of 2:45 at the Lincoln Marathon, effectively qualifying him for the 2020 Boston Marathon. As the world’s oldest annual marathon and one of the six World Majors, Boston requires a qualifying time, thus making it a “unicorn” event for most marathoners. For non-qualifiers, Boston is an opportunity to witness some of the world’s greatest road marathoners compete alongside dedicated ameauter athletes.

Unfortunately, this year — for the first time since its establishment in 1897 — the Boston Marathon was postponed and eventually canceled due to the COVID-19 pandemic, leaving many athletes to wonder how they will test their fitness this season.

“I remember that I couldn’t believe it,” Garrard said when he first heard the news. “The tough thing about that is knowing that if Boston is canceling then that means there’s probably not going to be any races coming up, and there’s not going to be any opportunities to get out and compete which is one of my favorite things to do.”

With the race season in flux, Garrard knew he still wanted to commemorate his Boston qualifier and not let all of his training go to waste. Within days of hearing the news he quickly pivoted and decided to organize and race his own marathon.

As a veteran marathoner — who happens to boast a personal record (PR) of 2:32 — Garrard is no stranger to the hard work that goes into marathon training. Considering this was his first marathon cycle at elevation he began teetering with the idea of racing at sea level to help facilitate a faster time.

However, as more friends and family members expressed interest in helping, he realized that he wanted to make this race more than just a speed attempt — he wanted to use it as an opportunity to rally the community around a worthwhile cause: raising awareness and funds for Ascendigo.

“If you know anything about Ascendigo, we are pretty much doing something that no one else in the world is doing,” Garrard said. “By combining adventure activities and extreme sports with individuals on the spectrum, we help increase independence and help with behavioral goals that they have.”

For his marathon, Garrard will be supported by his brother and two friends who will bike alongside him. He also hopes that fans are encouraged to come out and cheer and help recreate the energy and spirit of the Boston Marathon.

“While my greatest goal is to connect the community with Ascendigo,” Garrard said. “I am looking forward to mobilizing the city of Carbondale and connecting with all who have a passion for this great place we call home.”

Garrand intends to leave the Aspen Airport at 6:30 a.m. on Sept 13 and hopes to arrive at the Fourth Street Plaza in Carbondale around 9 a.m., where there will be a donation-based breakfast for fans to enjoy — masked and socially distanced, of course.

Athletes take to the trails
As races across the nation continue to be canceled, many runners in the valley have decided to conquer personal projects or strive for a Fastest Known Time (FKT) on local routes throughout the valley.
Gaining more popularity this season, FKTs have become a great way for runners to satisfy their competitive spirits amidst empty race schedules. In order to qualify, routes must be notable and worthy of repeating and the athlete must be either running or hiking. Athletes must also verify their time via GPS tracking throughout the entire duration of the event.
Notable local performances from this season include: Joe DeMoor who ran FKTs on Capitol Peak (3:25), Mt. Sopris (2:25), and Grays & Torreys (3:23). Sean Van Horn who ran the second FKT on Nolan’s 14 (45:57). Zoe Rom who ran the FKT on Capitol Peak (5:37). Kevin Hadfield who completed the Ultra Trail Maroon Bells (100 miles). Seth Howland who accomplished the Triple Sopris Challenge (100 miles).